The way Jaren Jackson Jr. sees it, he has two coaches with the Memphis Grizzlies. One is the Grizzlies’ actual head coach, Taylor Jenkins. And the other is his star teammate, Ja Morant.

“[Morant] has to be our on-the-court coach,” Jackson said. “Coach is going to tell him things to relay to us. He’s talking a lot. But even on the bench, [Morant is] sharing little things. At any given point, you can just go to him and ask him what he’s seeing. And we just talk about how the game is going, how it’s flowing, how they are playing him and how they are playing me.”

Morant is known primarily for his offensive prowess — he’s in the NBA’s top 10 in scoring, assists per game, double-doubles and player efficiency rating. The No. 2 pick in the 2019 NBA draft is averaging 25.9 points, 7.3 assists and 6.4 rebounds per game. The 6-foot-3, 174-pounder is also known for his high-flying posterizing dunks, his acrobatic layups and stunning blocks.

But what oftentimes goes unnoticed is Morant’s high basketball IQ. Thanks to a high-level recall and voracious film study, he is quite familiar with what every teammate is doing on the floor offensively and what his opponents are running offensively and defensively. Morant can be speedy on the floor with the ball, but he is also known to be methodically patient to allow plays to happen for either himself or a teammate.

“I know what a lot of defenses are doing,” Morant told . “Knowing what they are doing on offense is pretty much what I do. It allows me to be steps ahead on the floor. Being a point guard, I have to be able to tell our coach and our team what I see on the floor.”

Jackson said he first realized Morant had a high basketball IQ while watching his college games at Murray State. He says it’s that basketball IQ that helps Morant figure how to score easier later in games and to find key spots on the floor for offensive success. 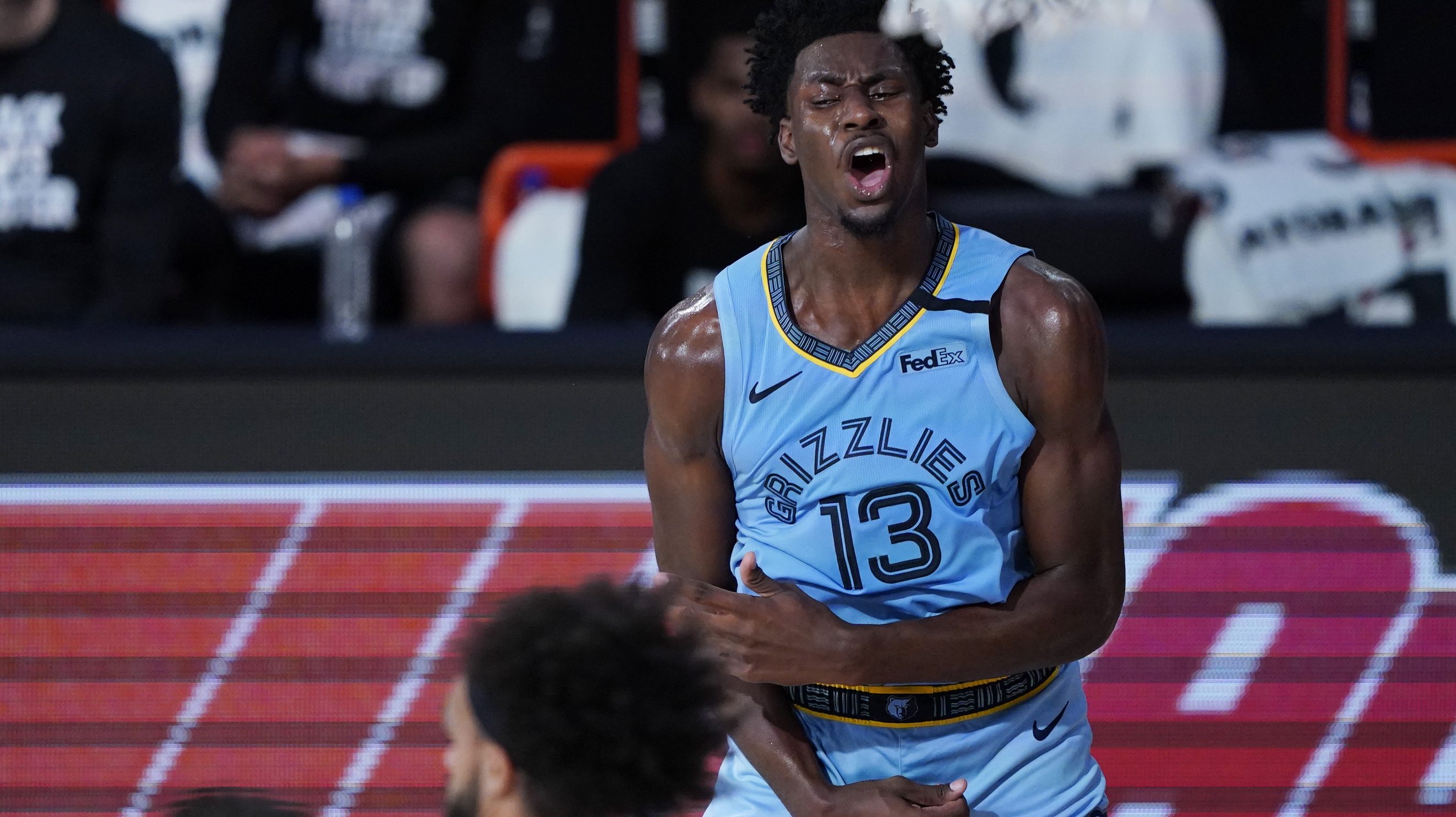 Grizzlies play-by-play broadcaster Pete Pranica says Morant had the best basketball IQ of any Memphis player he has been around in his 18 years with the franchise. Pranica added that Morant has a photographic memory of games he plays in. Tee Morant, his father, agreed with that by saying his son can recall every second he plays in a game. Los Angeles Lakers star LeBron James is known for having a similar mental skill.

“Ja’s rookie year, we’re in Cleveland and I’m sitting on the team bus getting ready to go to the game,” Pranica said. “And I can hear him talking to a teammate recounting a particular play run at a particular time. And what impressed me about Ja is the recall of a particular play. It’s very LeBron-like that he can recount what he did, what the other nine guys were doing. What the first action was, what the second action was, how it was defended, and what the counter to the defense was.”

Said Tee Morant: “I think my son is part elephant. He will be like, ‘This is the play where this happened.’ ”

It’s been well documented that Morant spent countless hours during his teenage years training with his father on their backyard basketball court working on his ballhandling and shooting and improving his vertical leap by jumping on tractor tires. But he was also working on his basketball IQ behind the scenes, too, with his dad.

Tee Morant said he never watched game film on his own when he played for Division II Claflin University, a historically Black school in South Carolina, but realized it was important by the time his son began playing in junior high. He originally filmed his son’s junior high school basketball games with a camcorder on a stand, but it proved problematic with fast-paced games. To fix the problem, Tee Morant attached a GoPro quick clip to a backward baseball cap, which allowed him to record the movement of the games simply by moving his head. Afterward, father and son would go home and break down the video.

“That’s what we did in middle school and high school,” Tee Morant said. “After the game while watching film, I would ask: ‘Why did you do this? Why did you do that? What would you have done differently?’ That was always our time together.” 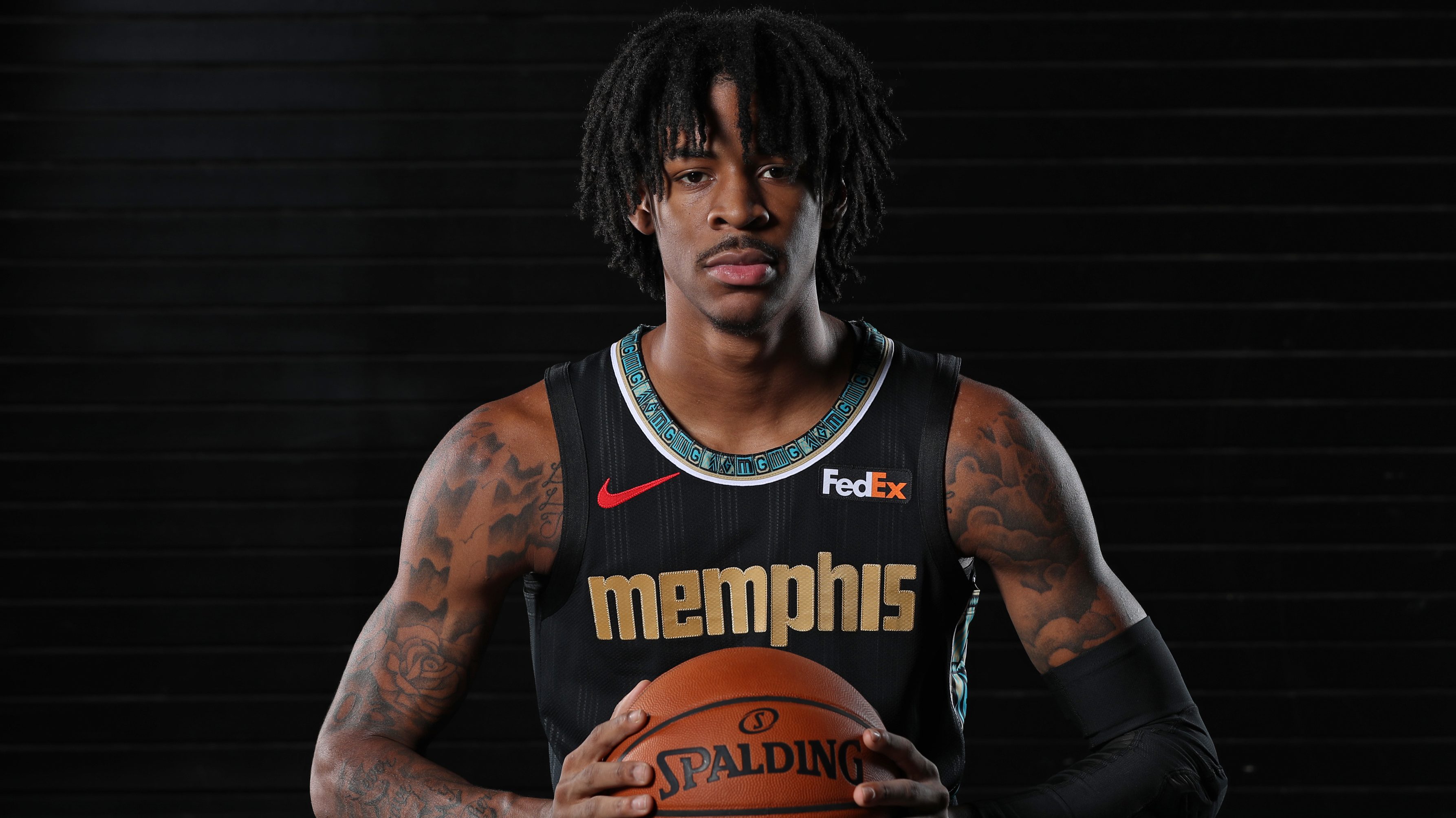 Ja Morant isn’t satisfied being rookie of the yearRead now

Tee Morant said he truly noticed that his son had a special basketball IQ when the latter’s Crestwood High (Sumter, South Carolina) played against Buford High his senior year. Crestwood was down one in a playoff game with 13 seconds left. After a missed free throw by the opposing team, Morant got the ball, took off down the floor on a 3-on-1 fast break and pulled up for a surprising game-winning 3-pointer.

“Ja comes down and puts the ball behind his back when his opponent reached and hits a 3 from almost half court,” Tee Morant said. “I got up and screamed, ‘No,’ but he hit the shot and looked at me like, ‘What is wrong with you?’ I asked Ja, ‘Why did you shoot the 3?’ He said, ‘Because it was a 3-on-1 fast break. If I make the 3, we’re up two. If I miss, my teammates have a chance to lay it up and we’re up one. I tried to go up two instead of one.’ ”

Tee Morant says he and his son still watch video of all the Grizzlies’ home games afterward. And if the Grizzlies are on the road, they often watch those games together after he gets home. Morant credited “a lot of film study” to aiding his basketball IQ. His father says his son also watches opposing team film on an iPad to learn their offenses, how they may defend him and other tendencies.

“I can’t just be a one-sided player,” Morant said. “I can’t just focus on scoring the ball all the time. I study the game. Study a lot of film. That has allowed me to have a high [basketball] IQ.”

Said Tee Morant: “He knows the other team’s play setups. He studies like no other.”

Morant and Jenkins arrived to the Grizzlies around the same time, and have grown to communicate well with one another. It’s not uncommon for Morant and Jenkins to text each other at all hours of the day to break down something that happened in a game, come up with ideas and talk about potential different wrinkles and counters. Jenkins has also pushed Morant to use his voice a lot more, which Jackson says his teammate is doing.

“He’s a great dude. Me and his relationship has gotten better over the years,” Morant said of Jenkins. “We’re just learning each other. Being the coaches on the floor, we hold each other accountable with a lot of things. We have different conversations and go to dinner. We’re just building our relationship. All in all, he’s a great coach.”

Jenkins added that another part of Morant’s game that often goes unnoticed is his leadership skills. Jenkins said that the 22-year-old has had strong communication and positivity with his teammates this season and added that his “voice resonates in timeouts.” Jackson said that Morant has spent time working with rookie guard Ziaire Williams.

“He’s taking big steps as a player and a leader,” Jenkins said of Morant. “He has been finding his voice the first two years. But even now, he has more confidence in what he needs to do to lead this team.”

Morant led the Grizzlies to the postseason last season for the first time since 2017, and is also vying to become the first Memphis player to become an NBA All-Star since 2017. If his scoring prowess, all-around play and athletic moments continue, he probably will be a member of the 2022 All-Star team in Cleveland. But those close to Morant know it’s his brain that is his true strength.

“You just see time and time again that his mental game is really above pretty much anyone. It’s above them. With that type of mentality, you can make reads that a lot of people can’t.”