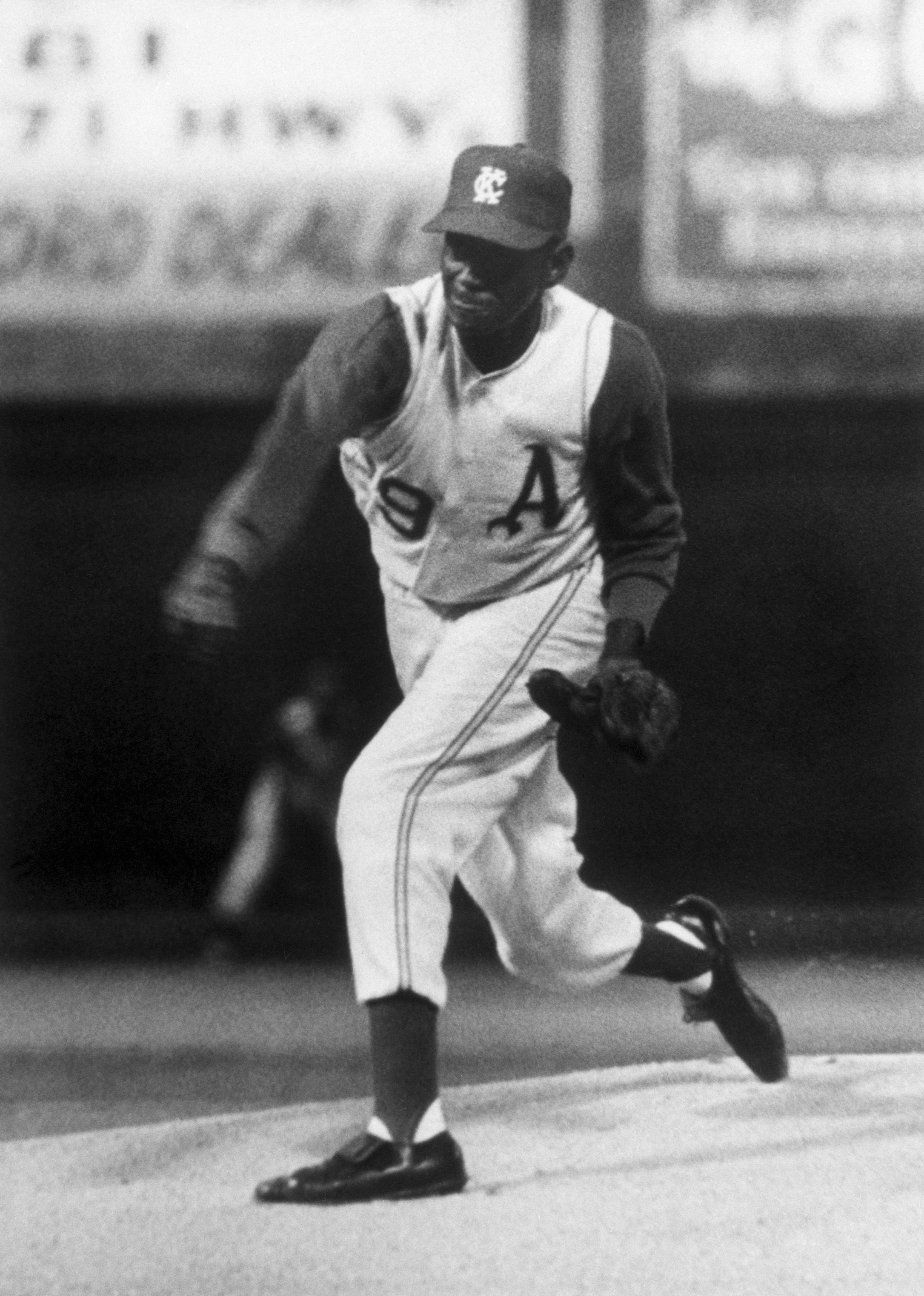 Forget about 43-year-old Tom Brady, who left fans wild Sunday, vowing that “we’re coming back” after becoming the oldest Super Bowl MVP and the most geriatric starter to snag a Lombardi trophy.

But Tom Terrific will have to stay more than another year or two to come close to the sports hero with the most direct access to the fountain of youth, Leroy Robert “Satchel” Paige. This Peter Pan-turned-Methuselah started pitching professionally in 1926 when he was 19. He was still pitching 40 years later when he was a year shy of 60. Got another 15 years in you, Tom?

Sure, a seventh Super Bowl win and 20 years in the NFL is impressive, bolstering the argument for Brady as the greatest of all time. But after a full career in the venerable Negro Leagues, Paige broke through to the recently-desegregated majors in 1948, helping propel the Cleveland Indians to the World Series at the seemingly over-the-hill age of 42. And the overpowering and artful pitcher still holds his sport’s record as its oldest player, an honor earned during three shutout innings against the Boston Red Sox at an inconceivable 59.

Paige’s actual age was the most-argued statistic in sports in mid-20th-century America. The answer depended on who was asking and when. In 1934, the Colored Baseball & Sports Monthly reported that Paige was born in 1907. In 1948, various reports said he was born in 1901 (Associated Press), 1903 (Time), 1908 (Washington Post, New York Times and Sporting News) and 1904 (his mother). The Indians hedged their bets after signing him, writing in their yearbook that Paige was born “on either July 17, Sept. 11, Sept. 18 or Sept. 22, somewhere between 1900 and 1908.” Newsweek columnist John Lardner took him back further, saying that Paige “saved the day at Waterloo, when the dangerous pull-hitter, Bonaparte, came to bat with the bases full.”

The mystery over Paige’s age mattered because age is a way to compare players, and to measure a player’s current season against past performances. With fans who watched him as kids seeing him play a generation later with their own kids and grandkids, it was natural to wonder how old he really was. Paige obliged with tales that grew more fantastic with each retelling: Proof of his birthdate was in the family Bible. Unfortunately, his grandfather was reading that Bible under a chinaberry tree when a wind kicked up, blowing the Good Book into the path of the family goat, which ate it. His draft record showed he was born Sept. 26, 1908, his Social Security card had Aug. 15, 1908, and his passport file indicated Feb. 5, 1908. The three dates shared one thing: All were supplied by Paige.

The truth was both simpler and more complex. In the post-Reconstruction Confederacy, it wasn’t easy to track the ancestry of Black citizens. Until 1902, descendants of slaves in Mobile, Alabama, where Paige was born, were included in neither the city census nor the city directory. Even when they finally did enter the accounting, it was with caveats. Like Paige and his 11 sisters and brothers, most Black babies were delivered at home, so health authorities had to rely on the family filing notice of the birth. Recordings that did make it into the official registers were accompanied by a “B” for Black or “C” for colored.

All of that might have made Paige doubt whether Mobile officials ever got word of his birth. Or it might have until he signed with Cleveland in ’48, and owner Bill Veeck did what Paige could have done – and may have – years earlier. Veeck contacted Paige’s mom Lula, who dispatched his nephew Leon Paige to accompany the Indians owner and his entourage to the county health department. “They saw his birth certificate,” Leon Paige said. “They knew [Lula] had 12 children and they knew when they were born.” In Paige’s case, the registry was clear: His date of birth was July 7, 1906.

So why the ruses?

Paige knew that, despite being the fastest, winningest pitcher alive, being Black meant he never would get the attention he deserved. That was easy to see in the backwaters of the Negro Leagues and in postseason barnstorming games across the Americas when he’d pitch two or three innings nearly every night, year-round.

It remained true when he hit the majors at age 42, with accusations flying that his signing was a stunt. He needed to romance white sportswriters and fans who flocked to white stars such as Babe Ruth (and later, Brady). Longevity offered the perfect platform. “They want me to be old,” Paige said, “so I give ’em what they want.” He feigned exasperation when reporters pressed to know the secret of his birth, insisting, “I want to be the onliest man in the United States that nobody knows nothin’ about.”

In fact, he wanted just the opposite: Paige masterfully exploited his lost birthday to ensure the world would remember him.

Paige crafted an image he knew played into white perceptions of Black people. It was a persona of agelessness and fecklessness, where a family’s history could be written in a faded Bible and a goat could devour both. In the Jim Crow era, white people didn’t expect the Black man to have human proportions, certainly none worth engraving for posterity. He was a phantom, without the dignity of a real name (hence the nickname Satchel), a rational mother (Paige’s mother was so confused she supposedly mixed him up with his brother) or an age certain (“Nobody knows how complicated I am,” he once said. “All they want to know is how old I am.”).

Playing to stereotypes the way he did with his age is just half the story, although it is the half most told. While many dismissed him as a Stepin Fetchit, if not an Uncle Tom, he was something else entirely – a quiet subversive. Told all his life that Black lives mattered less than white ones, he teased journalists by adding or subtracting years each time they asked his age, then asking them, “How old would you be if you didn’t know how old you were?” Relegated by statute and custom to the shadows of the Negro Leagues, he fed Uncle Sam shadowy information on his provenance. Yet growing up in the Deep South, he knew better than to flout the rules openly. He made his relationships with the press and the public into a game, using insubordination and indirection to challenge his surroundings.

His stagecraft was so successful that it amazed even him. He pitched so spectacularly, especially when his teams were beating the best of the white big leaguers, that white sportswriters turned out to watch Black baseball. He proved that Black fans would fill ballparks, and that white fans would turn out to see Black superstars. He barnstormed alongside Dizzy Dean, Bob Feller and other white champions, winning them over to the notion that Negro Leaguers could really play ball. He drew the spotlight first to himself, then to his Kansas City Monarchs team, and inevitably to the Monarchs’ rookie second baseman Jackie Robinson. Robinson is the one the world remembers for opening the door to new racial realities but, as one veteran Negro Leaguer said, it was Paige who inserted the key.

Paige was admitted into the Hall of Fame 50 years ago and MLB recently put its imprimatur on the contributions of Negro Leaguers by saying it’ll include their stats in its history books, which could topple the records for everything from games pitched (Paige said he threw 2,500) to wins (his compelling claim of 2,000 would be four times as many as Cy Young).

One record he already holds, and that should be Brady’s benchmark, came as the 1965 season was winding down. The Kansas City A’s whimsical owner Charlie Finley startled the baseball world by signing Paige to a contract and announcing that he would pitch against the Red Sox on Sept. 25. “I thought they were kidding,” Paige, who was 59 at the time, told reporters, quickly adding, “I think I can still pitch and help this club.” For Paige, it was another chance to prove himself. For Finley, it was bold-as-brass ballyhoo.

Finley choreographed the big night. Paige sat in a rocker strategically placed next to but not in the A’s below-ground bullpen. “At my age,” the pitcher explained, “I’m close enough to being below ground level as it is.” A nurse in a white uniform rubbed liniment on his right arm as his personal water boy stood by. Among the 9,289 fans at Municipal Stadium were Paige’s six children. His wife, Lahoma, was at home ready to deliver the seventh and last. In its story that morning, the Los Angeles Times captured the tenor of Paige’s return: “A gimmick, yes. A joke, no.”

The evening’s drama may have been staged by Finley, but it was Paige who scripted the closing act. He needed just 28 tosses to get nine outs. He struck out one and walked none over three innings. The only base hit was a double by Carl Yastrzemski, an All-Star who led the league in doubles and had seen his father hit against Paige a generation earlier in a semipro game. Tony Conigliaro, the brash Boston right fielder, had boasted that “I’m going to get a hit off this old so-and-so.” His was one of the easiest outs. “Satchel had better swings off me than I had off of him,” said Bill Monbouquette, ace of that Sox staff and Paige’s last strikeout victim in the majors. Ed Charles, Paige’s teammate on the A’s, says that after a 12-year hiatus from MLB, the veteran fireballer took just 10 warm-up throws. “He proceeded to go out on the mound and shove the ball right up their you-know-what.” 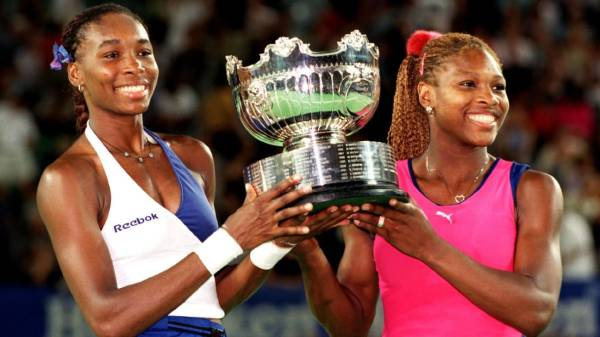 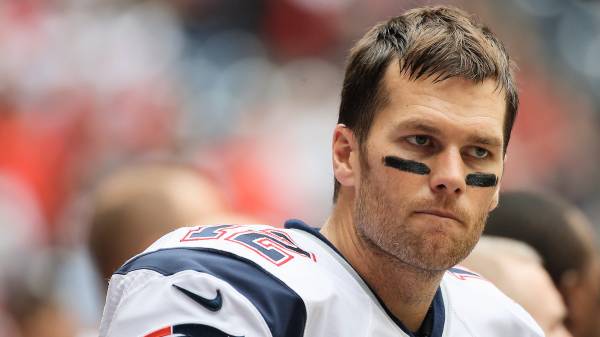 The plan was to send a reliever in to start the fourth, but Paige came out for a few practice pitches so he could leave to a standing ovation. In the locker room he had stripped to his long underwear when someone burst in to say, “Satch, they want you back on the field.” He returned to the darkened ballpark as fans flicked matches and lighters in his honor. “The old Gray Mare,” an appreciative audience sang, “she ain’t what she used to be.” But he was, this night.

His appearance with the A’s – at the age of 59 years, two months and 18 days – set a Major League record that is unlikely to be broken. He was two years older than the runner-up and 33 more than his catcher that evening. He seemed as old as baseball itself.

That last season in the big leagues underscored another milestone that would matter even more than the tired question of age to Paige, who died in 1982. He knew better than any historian that “we had a lot of Satchel Paiges back then.” But he had experienced something that eluded the likes of Josh Gibson and Cool Papa Bell. Satchel Paige was the only Negro League legend who lived to savor life in the majors.

Larry Tye, who runs a Boston-based fellowship program for health journalists, is the author of eight books, including Satchel: The Life and Times of an American Legend.