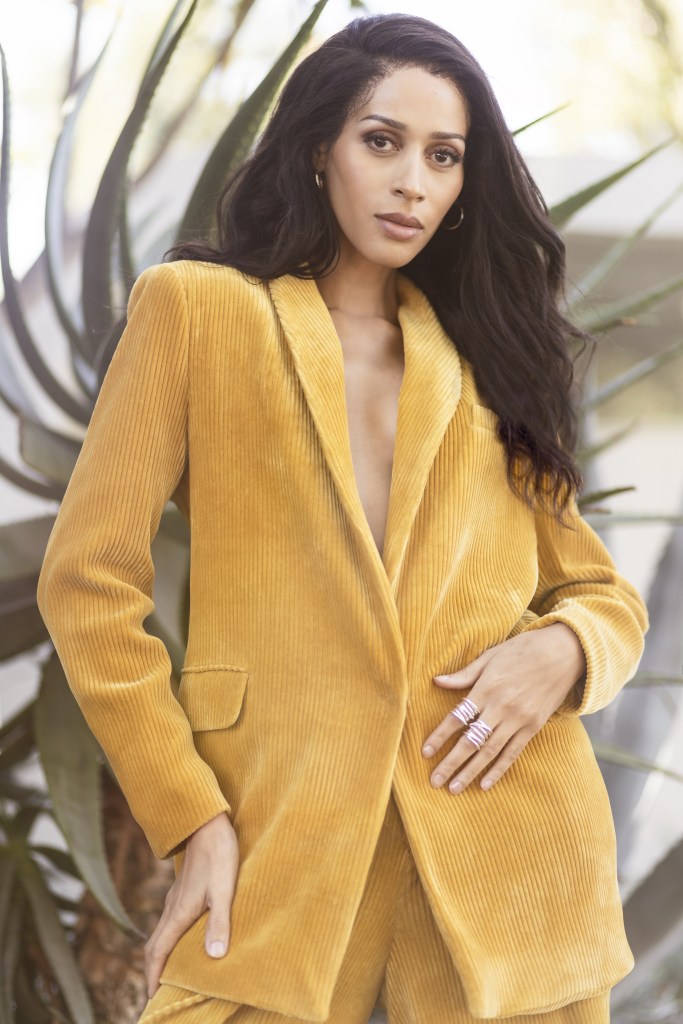 When she was still living in a homeless shelter in 2008, Isis King learned about an upcoming photo shoot for America’s Next Top Model. Ever since she was a child in Annapolis, Maryland, she had wanted to model, if not act. But as much as King wanted to be on the show, she didn’t think she stood a chance — not only because of the difficulty of her life situation at the time, but because she was transgender, and a transgender woman had never explicitly appeared on the show before. Still, she auditioned, and soon Tyra Banks was asking her to be on the next cycle of the show.

“When I first saw the show, I was pre-transition,” King told me over the phone recently, reflecting on the early days of her career. “I’m only 5-foot-7 and a half … So, on the height side, I never thought I would be on the show, or could be a model. On the gender side,” she continued, “I didn’t think I would have the courage to transition watching Top Model.” She paused. “Fast-forward, I’m on the show at 5-foot-7 and transitioned … That broke the glass ceiling of possibilities for my life.”

Now, in 2021, at 36, King has once again done something she once imagined she would never be able to: star in a major new show as an explicitly transgender character. On Friday, viewers will be introduced to King as she plays a lead role in Amazon Prime Video’s new romcom, With Love, as the character of Sol Perez, a nonbinary oncologist. Written and produced by Gloria Calderon Kellett, who was also behind the Latino sitcom One Day at a Time, the show follows siblings Lily (Emeraude Toubia) and Jorge Diaz (Mark Indelicato), who are on overlapping quests to find love. King plays their transgender femme cousin, who is similarly on a quest to open their own heart to love, in this case with a dashing doctor who Sol works with.

It’s a big change from her Top Model days. When King was selected to be a contestant on America’s Next Top Model, she immediately became one of the most visible transgender people in America, and a transgender person of color, to boot. King was deluged both with declarations of how brave and impactful her role was and with indignant confusion, if not outright anti-transgender bias, from people who objected to anyone not cisgender playing so prominent a part in the mainstream media.

Despite the vitriol, the experience “allowed me to dream bigger,” King said, setting her on a path to become a queer celebrity icon. But she found, too, that she was suddenly in other people’s dreams, including young transgender people who were telling her that, by appearing with such self-assurance on Top Model, she had helped them believe that they, too, could transition. Some even shared with her that she had helped save their lives through her brave forthrightness to be herself under the media’s harsh glare. The show hadn’t only allowed her to dream bigger, it had allowed other queer folks to do the same because she had offered that then-rarest — and still too rare — of things: representation.

It was a role King had never imagined, and, from there, she knew she wanted to move from modeling to acting, while never hiding that she was transgender. King has since appeared in The L Word: Generation Q, Equal, Good Trouble, Shameless, and other shows. She attracted particular attention for her role in When They See Us (2019), Ava DuVernay’s crime drama about the Central Park Five, in which King portrayed Marci Wise, the transgender sister of one of the falsely accused Black men, Korey Wise.

Now, in With Love, King gets to act out queer romance on screen as Sol and their love interest, Miles (Todd Grinnell), attempt to figure out not only the contours of their own relationship, but how Miles’ son will fit into it. It’s a complicated struggle that many viewers will likely be able to sympathize with.

To be sure, navigating a relationship with a partner who has a child is ground that many other shows have trod. What will make this aspect of With Love stand out, though, is that Sol is nonbinary and femme, and they will likely have to juggle what it means to use “they/them” pronouns while being mistaken for a cisgender mother due to Sol’s gender presentation, along with all the other complexities of this kind of relationship.

Although With Love features a number of other main characters in queer relationships, it feels revolutionary in many ways for the show to depict a nonbinary figure in love. While binary transgender characters — those who identify simply as men or women, despite being assigned a different gender at birth — are still relatively rare in popular TV shows and films, nonbinary characters — whose identity does not sit neatly on the gender binary — are rarer still. (One such character, Syd, appeared in Calderon Kellett’s One Day at a Time. Syd used they/them pronouns while presenting in a somewhat conventionally feminine style and dated a cisgender girl.)

Like Sol, King also uses “they/them” pronouns on occasion, and the chance to play a femme nonbinary figure excited King tremendously. She hopes that playing a character who uses they/them pronouns will help viewers with “learning new pronouns.” Using “they/them” pronouns on screen creates a good “educational moment,” she notes, because “it’s not a pronoun you hear often on TV” today. She also thinks it’s important to depict a nonbinary person who is able to both desire and be desired.

King wants viewers and critics alike to see her not simply — or even primarily — as a transgender figure in the media, but as an ever-more-accomplished actress. So often, queer — perhaps most of all transgender — figures in the media become defined in critical coverage primarily by their identities, and their lives and work become the things critics seem the least interested in exploring. And often, what coverage queer actors do get is primarily in queer publications, King noted, rather than on broader-interest mainstream late-night shows or in large magazines. “It shouldn’t just be LGBTQ publications picking up our work,” she told me. “Just because we’re queer doesn’t mean we should be limited to those spaces … Are we getting the [mainstream] coverage we deserve?” she continued. “No.”

Still, King notices a cultural shift happening. She finds strength in a younger generation who seems, in her words, “so powerful” in its ability to “shake things up and really make you question things” in terms of identity, particularly when it comes to the nuances of gender. She highlighted Indya Moore, one of the stars of Pose and who identifies as nonbinary, as one of the young celebrities who has inspired her own increasing comfort with using both she/her and they/them pronouns, and with portraying characters like Sol. As a transgender person of color in a deeply polarized America, this generational openness matters to her, because she notes that she sometimes feels like she’s “living in a twilight zone” where it is still common for conservative politicians to trot out anti-transgender tropes to attract voters.

“These issues were here before us and they’ll be here after us,” she said of dealing with anti-transgender rhetoric, and, while she advocates allowing ourselves space to isolate and practice self-care in stressful moments, she reflected, too, about the value of being visible. She wants to inspire others and help create more love in the world. And she hopes to continue the conversation about gender and identity so that, one day, a nonbinary oncologist character on a major new show will be ordinary rather than extraordinary.

Gabrielle Bellot is a Staff Writer for Literary Hub and a Contributing Editor at Catapult. Her work has appeared in The New York Times, The Atlantic, The New Yorker, The Cut, The Paris Review Daily, and many other places.