After finishing one final workout at McKale Memorial Center, the home basketball arena for the University of Arizona, Aari McDonald had one final conversation with Arizona head coach Adia Barnes before leaving the gym.

The two reminisced about their journey together, and their growth both collectively and as individuals. They discussed how they steered a program in one of the toughest conferences in the country from a six-win team in 2017-18 to a team that came within one possession of a national championship just weeks ago.

Before McDonald walked out of the arena doors, and headed back home to Fresno, California, where, surrounded by family, she’ll hear her name called Thursday night as one of 36 players taken in the WNBA draft (ESPN, 7 p.m. ET), Barnes had some parting advice for her star pupil.

“When you get to the league, do what you do. Don’t change your game,” McDonald recalls Barnes saying. “Keep being that great floor general and keep being that little pest on the defensive end and remember to always stay in attack mode.”

It was that on-court persona that cemented McDonald’s legend in college basketball where, on a national stage, she averaged a remarkable 24.8 points, 6.1 rebounds, 2.3 assists and 2.3 steals per game in the NCAA tournament. 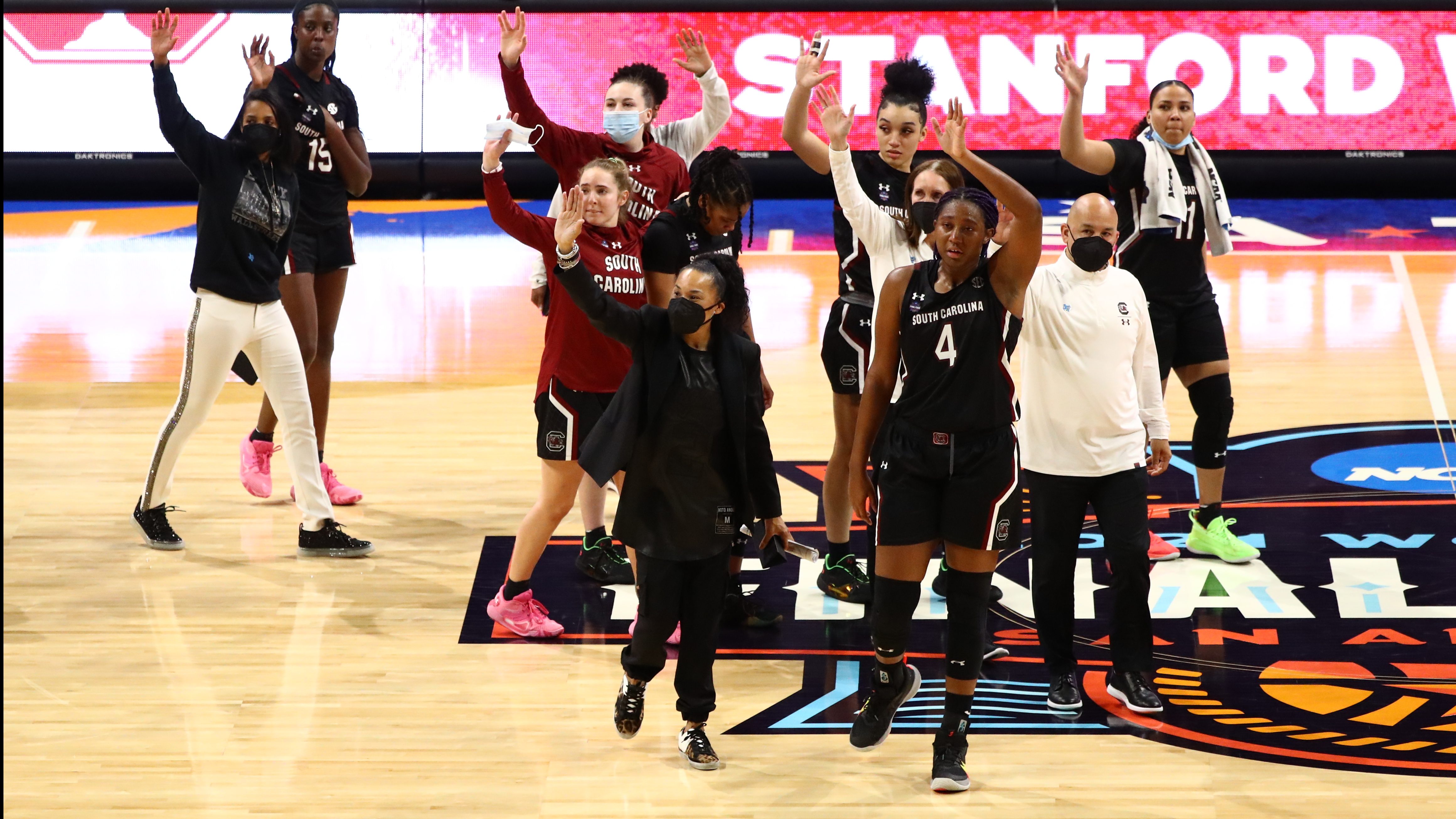 Just two days after bringing home the school’s first Final Four trophy in program history, McDonald, true to self, was back in the gym, lifting weights and doing cardio. Just a few days ago, McDonald, who could make history Thursday night as the first player from Arizona to be selected in the first round of the draft, went to the gym to practice with her fiance and work on her game. Just like she did in most practices as a senior at Arizona, before she could leave the gym she had to make 500.

In a Q&A with , McDonald discusses what getting drafted to the WNBA means to her, the impact Barnes has had on her basketball journey and taking her game to the next level.

You’ve placed a lot of emphasis on your journey and what it took for you to get to this point in your career where you’ll be drafted into the WNBA. When you reflect, what is the part of your journey that stands out most to you?

I would just say how I stayed the course. I moved away from home at 14. I was still seeing my parents on the weekend and I still had a room but I was living away to go to school. I feel like that prepared me and I matured and I’m just proud of how I stayed focused. Throughout my whole journey I stayed focused, I never got sidetracked. I was there to accomplish a mission, which was to get better, elevate my game and take it to the next level. I’m just really proud.

I’ve known Coach Barnes since I was 15 years old. Now I’m 22 and getting ready to play professionally. Our relationship has really evolved over these last seven years. I’m just really grateful for her. Just to have a coach who has done what I’m getting ready to do and what I want to do particularly with my basketball career. She’s played pro overseas. She’s played in the States, and was a WNBA champion. It doesn’t get any better than that. Just having a coach who has that experience at multiple levels, I’m excited, and she’s definitely prepared me over the years.

You’ve previously discussed the importance of your family over the course of your journey. Who have been the biggest figures in helping you get here and who are you dedicating tonight to?

Everyone in my family has played a major role, but I mean my parents’ sacrifice. They let me leave the house at 14 to go away to school to elevate my game. Thank you to my extended family, and especially thank you to my parents. I’m dedicating tonight to my grandfather. He’s been gone for three years now, four, but I mean, probably one of my biggest fans. I know he’s smiling down from the heavens right now, so tonight is for him.

If you could give a message to your younger self, back when you were still grinding in the gym trying to get your name on the national stage that it’s on today, what would you say? 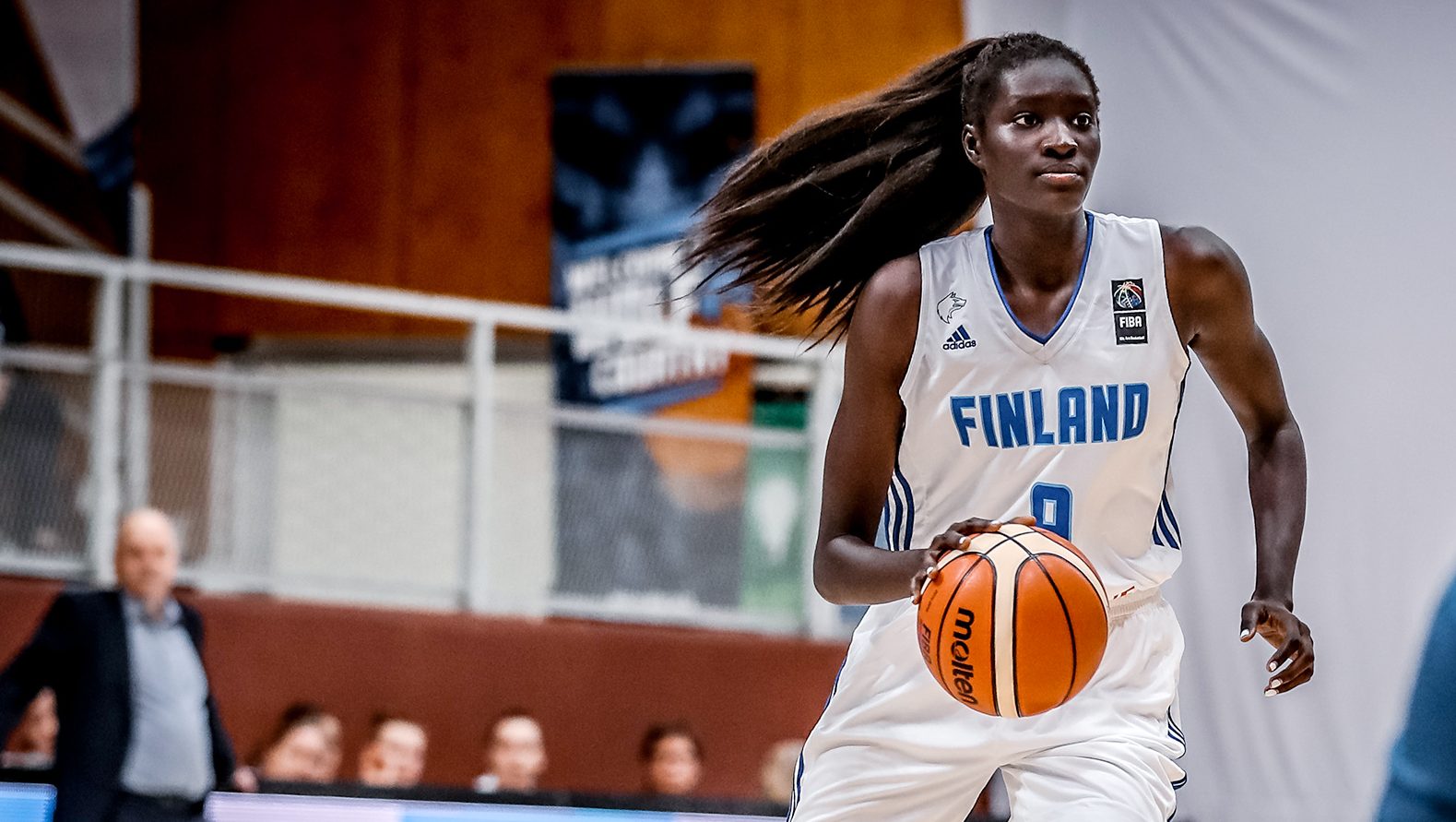 ‘The sky’s the limit’: The promising WNBA future of Awak KuierRead now

Your NCAA tournament performance inspired a lot of people both on the court and also as a story of perseverance and determination. What’s it like to be an inspiration in that way?

It means a lot. I definitely feel honored. I received a lot of great positive messages after coming back from the tournament, despite our loss. That made me really feel good that I could inspire people, even adults said I inspired them. That means a lot. I was that little girl who would always look up to players and would always feel inspired. So just for people to tell me that, it feels good. I’m glad I can do that and step into that role.

You’ve really made your mark on the game as not just a scorer but a two-way player. When did you place an equal emphasis on both sides of the game and how do you think that will help at the next level?

‘The sky’s the limit’: The promising WNBA future of Awak Kuier Read now

It began when I started playing basketball at the age of 7. I was literally everywhere. I wasn’t just one-dimensional trying to score. I was trying to steal the ball from the opponent, dish it out to my teammates, I was everywhere. I think being a two-way player, that will help me tremendously at the next level. I can lock up and if the coach needs me to score, I will score. But most importantly, I want to lock somebody up and I want to make it hard for them to score. I’ve always had that type of mentality.