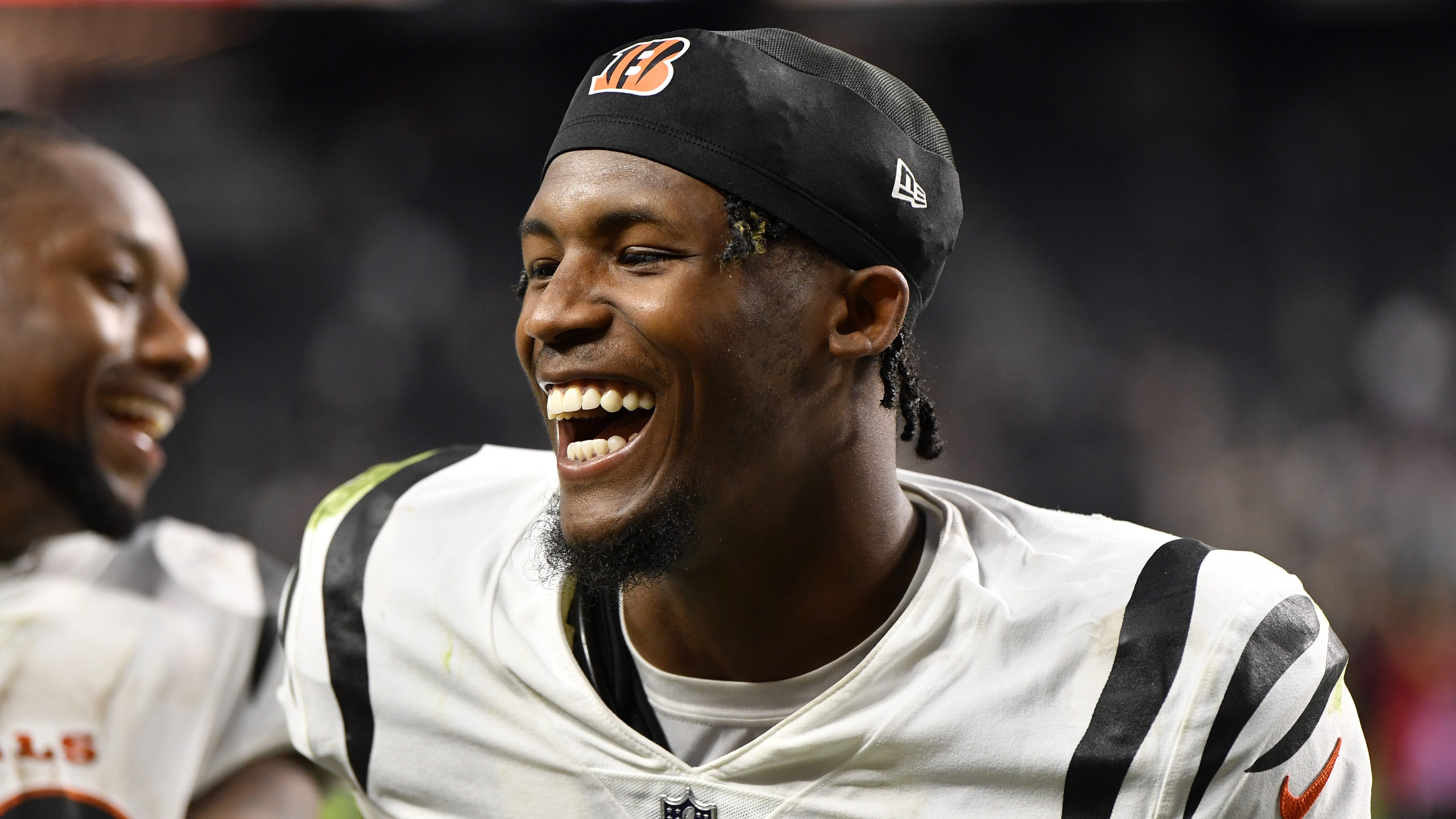 Germaine Pratt never needed an alarm clock on Saturday mornings, since he was routinely awakened by the soulful sounds of Mary J. Blige or the rhythmic tunes of Boyz II Men while his mother cleaned their home.

“That’s when my love for slow jams and old-school R&B began,” said Pratt, a third-year linebacker for the Cincinnati Bengals. “I should’ve been helping my mother clean, too, but I was listening to all of her music.”

Pratt credits an early introduction to love ballads for part of the inspiration behind his success on the field. And that success was on display Jan. 15 when his late interception sealed the AFC wild-card victory over the Las Vegas Raiders. It was the Bengals’ first playoff win since 1991.

Thanks to Pratt, the Bengals advanced to Saturday’s divisional-round matchup against the top-seeded Tennessee Titans in Nashville.

“I didn’t feel numb or [overly excited] because I prepared for the moment all during the offseason,” said Pratt, about his game-clinching interception in the final seconds. “When you prepare your mind knowing you can make the play, you’re ready when it happens.”

‘You can’t always be hyped up or rah-rah all of the time. My music slows my mind down.’

Pratt credits his preparation for making the biggest play of the Bengals’ season, but his music appreciation also contributed.

“I have a playlist I listen to when I’m watching film,” Pratt said. “I listen to Luther Vandross, Lauryn Hill, Jaheim and some Tony! Toni! Toné! The music helps me focus.”

Tuning into music before games isn’t new for weekend warriors or professional athletes. Enter any clubhouse or locker room and the bass can hit hard enough to rattle the lockers. It’s common to see players warming up on the field or court bobbing their heads while wearing headphones or earbuds.

“Listening to music before games absolutely helps,” said professor Randy Bonnette, the department chair for kinesiology at Texas A&M-Corpus Christi, who has studied the subject. “It’s motivating to athletes.”

Pratt uses the smooth sounds of Patti LaBelle or The Spinners from the 1970s to prepare for the game.

“You can’t always be hyped up or rah-rah all of the time,” Pratt said. “My music slows my mind down.”

There are many ways an athlete slows things down, and sometimes that preparation doesn’t always fit the athlete’s persona. For example, former All-Pro NFL defensive lineman Rosey Grier had a needlepoint hobby, so Pratt’s passion for old-school love songs doesn’t surprise Bonnette.

“You don’t want to be so ramped up that you miss some of your keys, or you go 100 mph in the wrong direction,” Bonnette said. “In the movie For Love of the Game, Kevin Costner’s character would say, ‘Clear the mechanism’ to himself and for him, everything went silent when he threw the baseball.

“Even though football is so violent, I’m sure Pratt’s music clears his mechanism, and he goes over what he did all week long and goes out and does his job.”

Pratt’s music catalog grew when he was a defensive back and wide receiver at North Carolina’s High Point Central High School. Following each practice, he and a teammate would hitch a ride home with assistant coach James McLean. Those rides would include chats about football, but often those talks would lead to music because of McLean’s extensive old-school R&B collection that continuously played through the car speakers … especially the love songs.

“They’d often remind me that all guys were in the car, and why did I have to play love songs,” McLean said. “But I’d say, ‘If you’re riding with me, I control the music.’ ”

Pratt began to appreciate McLean’s choice of music. Songs by legends Teddy Pendergrass, Peabo Bryson, The Temptations and Gladys Knight were all in the rotation.

“They started asking, ‘Who is that, coach, what’s the name of that song, and let me check out that CD,’ ” McLean said. “I constantly tried to get [Pratt] to understand that there’s more to music. It’s emotional and helps you to think through things.”

As Pratt’s old-school appreciation began to grow, so did his deeper study of lyrics.

“I especially like the lyrics in old-school R&B because of how the artist will talk about what they’re going through, or about their relationships,” Pratt said. “Sometimes their lyrics reflect on what you’re going through at the time, especially when it comes to women.”

The Bengals selected Pratt in the third round of the 2019 NFL draft out of NC State. He became a starter midway through that season and has been among the team leaders in tackles for the past two years.

Pratt ended this regular season as the first Bengals linebacker in nearly 20 years to record multiple forced fumbles and recoveries in the same season. Pratt had the most productive game of his career in Week 15 at the Denver Broncos when he recorded a career-high 15 tackles, the most by a Bengals player since 2018, and half a sack.

Pratt’s winning play against the Raiders helped the Bengals in their turnaround after five consecutive sub-.500 seasons.

“After all of our adversity, you always want to find that brighter light because it’s always brighter at the end of the tunnel,” Pratt said. “So we found that light, and we’re flicking the switch, and we’re changing the culture around here. We’re trying to improve and make something.”

Pratt’s preparation has played a major role in helping the Bengals to the divisional round for the first time since the 1990 season, a time the linebacker has no problem reaching back to for some inspiration. The Bengals of 32 years ago may have been listening to the same music that gets Pratt going in 2022.

“Every man should have a romantic side,” Pratt said. “You always have to have something smooth, especially when it rains. You need a little slow jam to slow it down.”