PALM BEACH, Fla. — A new hiring mandate in coaching is among the NFL’s most significant moves to address its inclusive hiring problem.

During their annual meeting, NFL owners adopted a policy that requires all 32 teams to hire a minority offensive assistant coach for the 2022 season — the first hiring mandate in the league’s history. According to the policy, the coach can be “a female or a member of an ethnic or racial minority.” The coach will be paid from a leaguewide fund, and he or she must work closely with the head coach and offensive staff.

Although some clubs already have one or more minority coaches in similar roles, the commissioner’s office aims to have the entire league increase minority participation in the pool of offensive coaches. Generally, assistants on offense — and especially those who work closely with quarterbacks — are the most sought-after candidates to fill openings for head coaches.

If the new hiring mandate on offense leads to an increased number of diverse candidates in the coaching pipeline, NFL commissioner Roger Goodell would be pleased.

“The offensive assistant [policy] is a recognition of the fact that we don’t have … [a] number of offensive coordinators who are people of color,” Goodell said while addressing reporters Tuesday. “That’s where most of the head coaches, at least in recent years, [have come from]. It has been a trend on the offensive side of the ball. This gives us an opportunity to develop some people in that area.”

The leader of the independent group that advises the NFL on matters of diversity and inclusion praised the move.

“The rule adoption is a meaningful step to improve the diversity landscape in the NFL,” Rod Graves, the Fritz Pollard Alliance’s primary decision-maker, wrote in a text message to Andscape. “It will constitute opportunities for more exposure for people of color and for minorities in general.

“While the success of the move will consistently be judged in the context of the annual numbers, it is important to set an infrastructure that supports change and long-term sustainability. Reserving an offensive assistant position as an opportunity to hire a [member of a racial or ethnic minority group] should have a positive impact for Black coordinators and head coaches. We have to continue to emphasize these types of moves in order to increase the probability of long-term success.”

Throughout every iteration of the Rooney Rule, the league’s main tool to help foster diversity and inclusion in its workplace, owners have maintained their opposition to any form of hiring mandates. In the earliest discussions that resulted in the longtime rule’s creation, the potential approval of a quota system — for any position on the coaching ladder — was considered a nonstarter.

But clearly, times have changed, a fact which is underscored by a major shift in the owners’ stance. Figuratively speaking, Pittsburgh Steelers assistant coach Brian Flores helped to push the owners into new territory.

After the former Miami Dolphins head coach in February filed a racial discrimination lawsuit – which seeks class-action status – against the NFL, the league initiated a comprehensive review of its workplace policies regarding diversity and inclusion. Flores alleges professional sports’ most successful and powerful league commits widespread malfeasance in its hiring practices. While the league said Flores’ specific allegations are without merit, it acknowledged it has come up short of the goal line in inclusive hiring overall.

Goodell hopes that focusing on bolstering the coaching ranks on offense will be a winning move. Without question, it was the obvious one.

According to NFL data, there are a league-record 15 members of a racial or ethnic minority group among the NFL’s defensive coordinators for the 2022 season. Entering next season, the NFL has only two Black offensive coordinators: Eric Bieniemy of the Kansas City Chiefs and Byron Leftwich of the Tampa Bay Buccaneers.

It bears repeating: The NFL has 32 teams.

Over the previous five hiring cycles, there were 36 head-coaching openings. Only four Black men were hired to fill positions.

In the hiring cycle completed before this season’s NFL scouting combine, white coaches were chosen for seven of the nine openings. Mike Tomlin of the Steelers and Lovie Smith of the Houston Texans are the league’s only Black head coaches.

Mike McDaniel of the Dolphins, whose father is Black, is biracial. Ron Rivera of the Washington Commanders and Robert Saleh of the New York Jets are the league’s other minority head coaches. 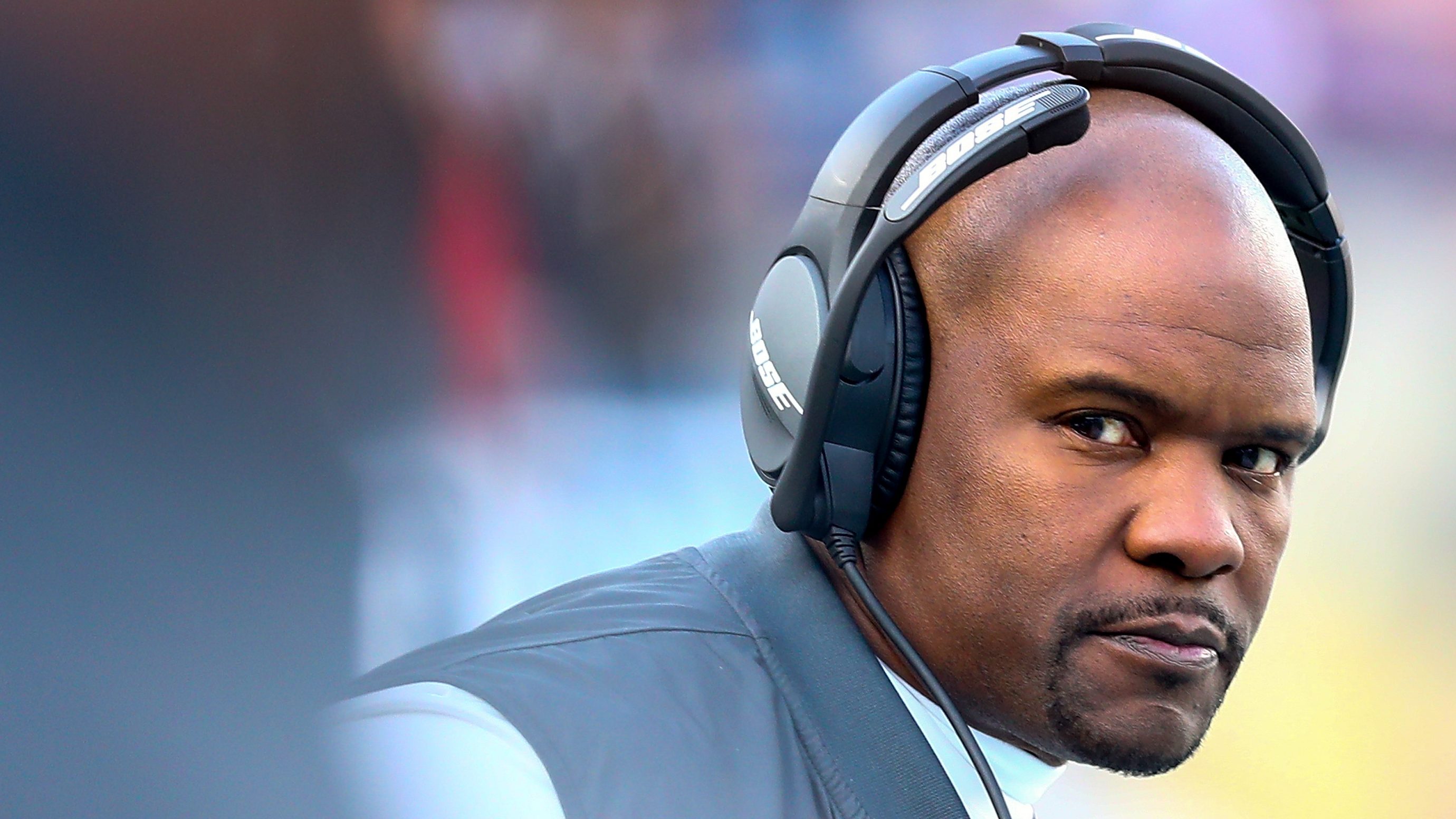 Yes, Brian Flores has a job, but the NFL isn’t in the clear with its hiring practicesRead now

In an attempt to make gains in inclusive hiring, the league needed to be more proactive, and the new hiring mandate on offense makes sense, said N. Jeremi Duru, a professor of sports law at American University and a longtime observer of the league’s hiring practices.

Of course, increasing the number of coaching candidates from racial and ethnic minority groups in the pipeline on offense won’t matter if owners continue to ignore them in favor of hiring their white counterparts in disproportionate numbers. The biggest problem occurs at the highest rung of coaching, and the league office can only do so much to fix it.

But after owners surprisingly broke new ground in an area they had long considered sacrosanct, perhaps they’ve finally taken a step toward enacting positive change.

Jason Reid is the senior NFL writer at Andscape. He enjoys watching sports, especially any games involving his son and daughter.