HBCU Live brings unique experience to the US Open —

For Florida A&M graduate Lauren Grant, the invitation to plan the first event that would offer an authentic HBCU experience to fans attending the US Open proved, initially, to be both an honor and a challenge.

“Step teams are loud, bands are loud, DJs are loud,” said Grant, an event planner and head of The Grant Access who, along with a Morehouse graduate, launched the successful HBCU SpringComing that’s been held the last seven years in New York City. “It’s been really interesting to create that experience in such a quiet sport.”

That experience in the re-creation of a historically Black college and university (HBCU) yard will be introduced to tennis fans Thursday with the theme HBCU Live at the US Open. The intent of the event is to celebrate the contributions by people who have attended HBCUs to the tennis community. Besides the educational facet of the event, the feel of life at an HBCU will be provided with the help of the Howard University “Showtime” Marching Band and DJs who are graduates of HBCUs.

The visionary behind HBCU Live at the US Open is Marisa Grimes, who joined the USTA as its chief diversity and inclusion officer in January.

“I wanted to do something that focused on honoring HBCUs, and it all started with the idea of creating a yard experience on the grounds of the event,” Grimes said. “I think it’s an amazing experience for both HBCU alums and for general US Open fans who may not be familiar with HBCUs to learn more about the history of the schools and their contributions to both tennis and society in general.”

Grimes said shining the spotlight on HBCUs expands beyond Thursday’s US Open event. The USTA Foundation and the USTA partners in the tennis industry will announce the USTA David N. Dinkins HBCU Coaching Grant, honoring the former New York City mayor who was instrumental in the expansion of the grounds at the US Open that helped keep the tournament in Queens.

“Tennis welcomes everyone, and our celebration of the impact of HBCUs on our sport is a further example of our call to ‘Be Open,’ ” said Mike McNulty, USTA chairman of the board and president. “Mayor Dinkins was a great man, who did so much for so many, and this new coaching grant is a fitting tribute to his legacy.”

The grant program will help support the 38 HBCUs that have varsity tennis programs and will be launched the day of the event. “It’s our goal to encourage and enable these tennis players to become certified tennis coaches, which helps provide them with a career path while they’re in school,” Grimes said. “The grant is intended to get more coaches certified from HBCUs, and provide funding that’s going to support the growth and sustainability of the program.”

This year’s event follows the USTA’s “Be Open” initiative at last year’s US Open that, absent of fans because of the coronavirus pandemic, featured Black Lives Matter signage that was placed in the front row in Arthur Ashe Stadium. 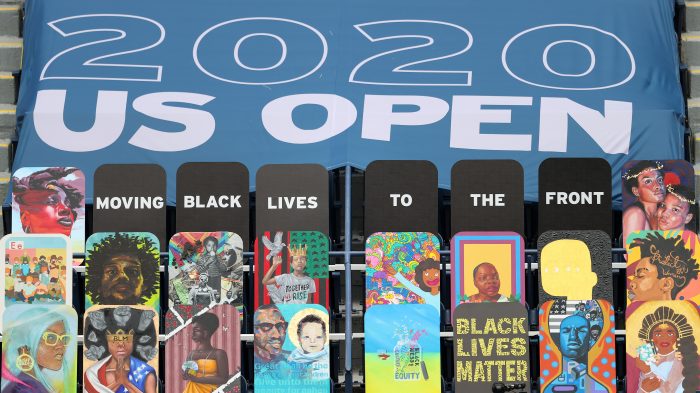 To make sure the event feels authentic, Grimes reached out to companies and participants whose owners have HBCU ties. Thus the inclusion of Grant (FAMU) as the planner; DJs Chris Washington (Howard University), Jon Quick (West Virginia State University) and A Fly Guy (FAMU); and Dainelle Riley (FAMU), founder of the HBCU Culture Shop, who came up with the HBCU Live at the US Open logo.

“When you’re out there operating in what feels like a vacuum, and [Lauren] reaches out to you with an opportunity that offers a huge platform, it’s great,” said Riley, who played tennis at Florida A&M, where she majored in graphic design. “Being part of an event like this, I’m looking forward to exposing to people how rich the HBCU experience truly is.”

Washington, aka The Legendary Chris Washington, has attended the US Open for years as a fan and is not only looking forward to sharing his ability to move a party, but also his rich experiences while attending Howard.

Grimes hopes the event will help shine the light on the history of Black people in tennis.

“There is a perception that Black tennis players are somewhat of an anomaly and that we don’t play tennis,” Grimes said. “But the reality is that Black people have always played and had to create their own clubs and associations, the American Tennis Association, because they didn’t necessarily always feel welcome by the mainstream.

As the hour approaches for the inaugural HBCU day, Grant, the event planner, becomes more excited. 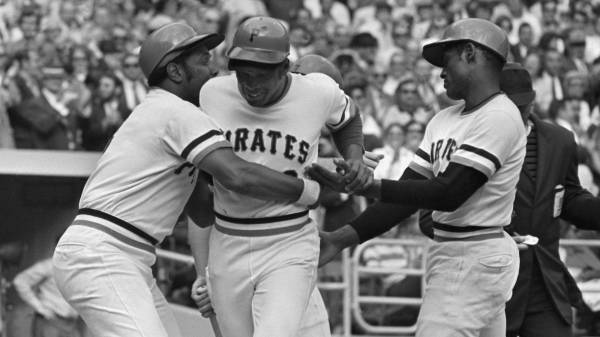 On this day in 1971, the Pittsburgh Pirates fielded the first all-black and Latino lineup Read now

“We want people to come away from this saying, ‘Hey, that was really cool,’ ” Grant said. “My friends who are accustomed to the event that we produce every year in Harlem are excited. Whatever organically would happen on an HBCU yard will likely also happen. It should be exciting.”