According to BOSSIP, gospel singer Kelly Price has allegedly been listed as a missing person in Georgia after being released from the hospital for COVID.

NewsOne has reached out to Cobb County Police who have confirmed she was reported missing. Her family last spoke with her in early August and her children visited her while she was in the hospital.

While hospitalized, Price’s condition worsened and she spent some time in the ICU. She was reportedly discharged 3 weeks after but was allegedly still not fully recovered.

Kelly’s last IG post on July 29 revealed she had a positive COVID test.

In her post, Price told her fans she was quarantined and following doctor’s orders. She also said she had a splitting headache and was feeling drained. About a week later she would be admitted into the hospital.

Many of her fans flooded her page with support in hopes of a speedy recovery.

The Price family has told police they have not heard from her since the discharge and that her boyfriend apparently will not let friends and family visit the home. But Bossip is reporting that authorities allege Kelly’s boyfriend was “cooperative” when they spoke to him.

They also asked authorities to perform a welfare check at her home last Saturday. That led to Price being officially listed as missing.

Cobb County officials do not suspect foul play, but an active investigation to locate Price is ongoing.

Price’s supporters took to Twitter to express their dismay that Kelly has been missing for over a month, but the media has just started reporting on the story. How could such a big gospel star go missing and no one in the media find out?

Price was born in Far Rockaway, Queens, on April 4, 1973. She began singing gospel in church as a toddler. She started her music career singing background for Mariah Carey, Faith Evans and Aretha Franklin. She has released eight studio albums and has been nominated for nine Grammys. 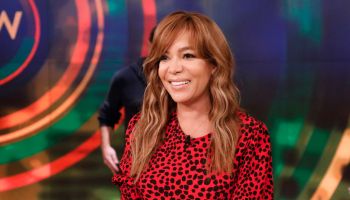