Dinkins died of natural causes at the age of 93 on Monday night, just days after Giuliani made his latest set of headlines for pushing baseless conspiracy theories about the alleged election fraud that purportedly caused Donald Trump to lose his bid for re-election. In fact, Giuliani has gone out of his way to claim without proof that America should not accept the presidential election’s results in a stance that has arguably contributed to further divide America along political lines.

However, back in 1989, when Dinkins beat him by the relatively slim margin of fewer than 50,000 votes, Giuliani was singing a different song. Instead of demanding a recount — like he repeatedly did for the 2020 election — Giuliani swiftly dismissed brief protests of his losing election’s results and called for the people of New York City to not only accept the outcome but to also support their new mayor. At the time, Giuliani cited “democracy” as a primary reason for why he said his supporters should unify around Dinkins, even if they were reluctant to do so.

The concession speech Giuliani gave on that night of Nov. 7, 1989, is a far cry from the election conspiracy theories he’s been spreading since the day after Election Day — just like the speech he gave last week.

Rudy is now claiming their cases haven’t been dismissed pic.twitter.com/rpP8YEoZCJ

As Giuliani began – “I’ve just spoken to Mayor-elect David Dinkins” – boos rang out, prompting him to repeat “no!” and “stop that” before he finally had to yell for the rowdy, angry audience to be quiet.

“I’ve congratulated him and I’ve wished him and his family the very best for the future of New York and for their future and they deserve your applause – applaud for them,” Giuliani said as the hesitant hand-clapping quickly regressed into more boos.

Giuliani was defiantly civil in the face of his disappointed supporters.

“It’s very important for the future of our city that we all come together,” Giuliani said before screaming, “And I want you to show that spirit! Now do it! Alright?”

He continued: “We love New York, don’t we? Alright! And we’re gonna unify around behind the mayor of New York, aren’t we? Yes! Because that’s the democratic process and we believe in it, don’t we?”

Giuliani went on to call Dinkins’ election win a “historic victory” and respectfully recognized his opponent as “the first African American to hold the office of mayor of the city of New York, and that is a historic achievement for which we all applaud.”

But it was his next line that may leave some of Giuliani’s current supporters scratching their heads.

“We had a hard-fought campaign, and now, in the highest tradition of our democracy, we will work together with all our might to build a great city here in New York,” Giuliani conceded in earnest.

WNYC has preserved audio of Giuliani’s full concession speech. Below is a video clip of his address.

November 7, 1989: After finishing less than 50,000 votes behind David Dinkins in a tight New York City mayoral election, Rudy Giuliani quiets supporters demanding a recount and instead concedes defeat and urges unity behind the new mayor “in the highest spirit of our democracy”: pic.twitter.com/6cgKFuqzWy

Where is that same sense of gracious civility that puts country before party now?

To be clear, none of this excuses Giuliani’s racist legacy of Broken Windows policing that terrorized Black and brown communities across the city. However, it is proof that Giuliani does — or did — indeed know right from wrong as well as understand the type of damage that undermining America’s democratic process can do.

This Is The Rudy Giuliani Who Black People Warned America About 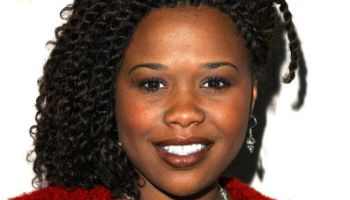