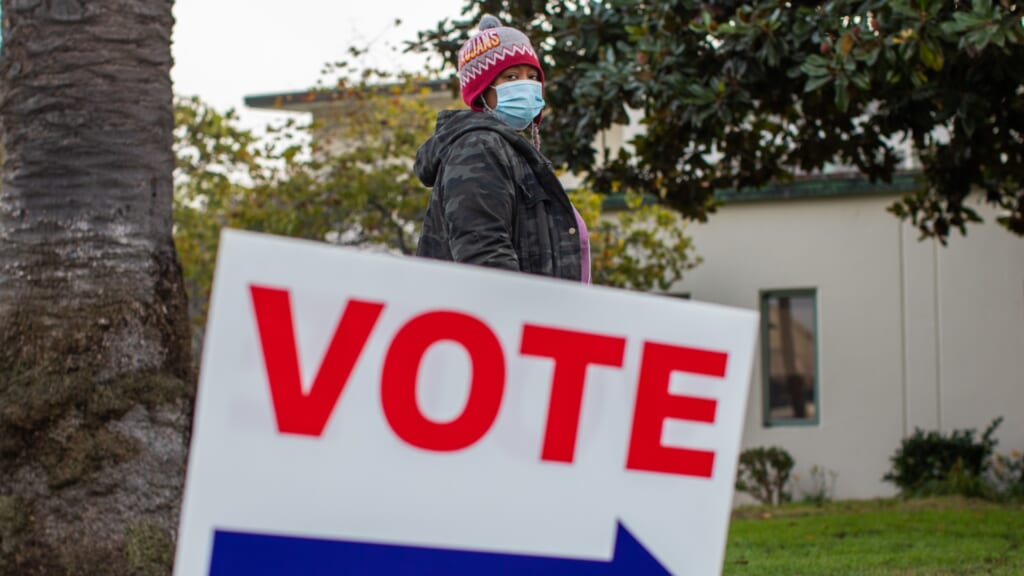 
Georgia’s GOP-controlled House passed restrictive measures that will roll back the access that voters have to the ballot box.

The Georgia House passed the controversial measure #HB531 on Monday that will reduce early weekend voting, limit polling places, cut back on drop boxes, and put a stop to food and drinks being given to those standing in line, the Atlanta Journal-Constitution reported. It passed in a 97-72 vote.

“Our goal in this bill is to make sure that Georgia’s election results get back quickly and accurately,” said state Rep. Barry Fleming, R-Harlem. “The way we begin to restore confidence in our voting system is by passing this bill. There are many commonsense measures improving elections in this bill.”

The controversial bill will now head to the Georgia Senate over objections that the measure would make it harder for people, in particular, minorities and the poor, to participate in democracy. The Peach State has recently been at the center of the political universe after President Joe Biden carried the state last November. It was the first time a presidential Democratic candidate had done so since 1992.

In January, Raphael Warnock and Jon Ossoff were elected to the U.S. Senate in a special runoff, defeating Republicans in the once reliably red state.

During the two-hour debate on the bill, Democratic lawmakers argued that their Republican counterparts were not worried about election security, their stated reason for putting the bill forward. Georgia Democrats believe the effort has more to do with suppressing the vote.

“Republicans in the Georgia General Assembly are trying to change the rules of the election here in Georgia, rules that you wrote, because you were handed defeat,” said state Rep. Kim Alexander, D-Hiram. “You know that your only chance of winning future elections is to prevent Georgians from having their votes counted and their voices heard.”

“It’s pathetically obvious to anyone paying attention that when Trump lost the November election and Georgia flipped control of the U.S. Senate to Democrats shortly after, Republicans got the message that they were in a political death spiral,” said Shannon, according to the Seattle Times. “And now they are doing anything they can to silence the voices of Black and brown voters specifically because they largely powered these wins.”

Civil rights groups and protesters also gathered outside the state Capitol to denounce the bill. They shouted and held signs that read “No voter suppression.”

“This bill is going against all the accessibility that makes voting possible by removing absentee and early voting hours,” said Regine Shabazz, an Atlanta resident protesting at Liberty Plaza outside the Capitol.

The sweeping legislation will now move to the Georgia Senate which also wants to enact its own restrictions on voting. According to the AJC, Georgia’s upper chamber wants to include an ID for absentee voting and restricting ballot drop boxes.

A deadline of next Monday has been set for both bills to pass under General Assembly guidelines and then debate can continue until the end of the month. March 31 marks the end of this year’s legisialative session.

As objections to these measures grow, there may be limited recourse. As theGrio recently reported, the Supreme Court has taken up a case that may limit voting rights lawsuits. It centers on Arizona restricting ballot collection and punishing those who cast their ballot in the wrong district.

Since the election, Republicans have put forward 150 measures to restrict voting in various states insisting they are protecting ballot integrity. The Supreme Court may now make it harder to challenge possible racial discrimination as the true motivator.

“It would be taking away one of the big tools, in fact, the main tool we have left now, to protect voters against racial discrimination,” said Myrna Perez, director of the Brennan Center for Justice’s voting rights and elections program.