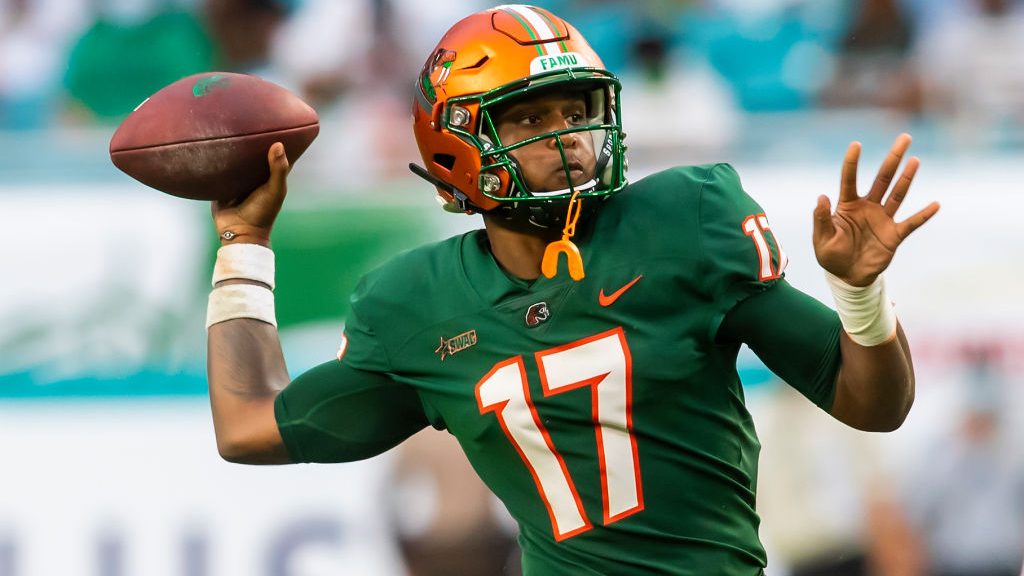 All junior running back Santee Marshall ever wanted was an opportunity to play football at Jackson State.

He was willing to do whatever it took — even if it meant being a member of the video team instead of the football team.

Well, Marshall’s journey to a roster spot doesn’t seem quite so long now that it’s over.

And three weeks ago, after Marshall had 96 yards and a touchdown in a 28-7 homecoming win over Alabama State, head coach Deion Sanders rewarded him with a scholarship in the locker room after the game.

His parents experienced the moment with him.

After tough early-season loss, FAMU’s Rasean McKay is back to his winning waysRead now

“I thought I heard my mom’s voice,” said Marshall, “so I started looking around and she was at the front of the locker room talking to Coach Prime.”

Sanders and Marshall’s mom, Anita Marshall, had worked out a skit.

“They say you got a problem with me, mama?” Sanders asked her.

“Yeah, I got a problem with you,” she replied.

Then Sanders turned to Marshall.

“Your mama said I got problems,” said Sanders. “Don’t I take care of you?”

“Yeah, you been taking care of me,” Marshall said. “I don’t know what she’s talking about.”

A smiling Sanders said, “I don’t want no problems with mama, so you know what that means. … You’re on full scholarship.”

Then the locker room erupted.

“He earned that. I didn’t give him anything,” said Sanders, who had been planning the scholarship surprise since the spring season ended. “His commitment to excellence and his consistency rewarded him a scholarship. Not me. He did that.

“He’s a model to any walk-on in the country of his resilience, and I love him to life. He never complains, never bickers. He just goes out there and balls. Every time he gets a carry, he’s running it to the end zone in practice, and in games he’s hitting it.

“I love the way he is. He checks my biggest linemen. He tells them, ‘Do your job.’ And you can’t say nothing back because he does his.”

It was a moment that made all of Marshall’s hard work and persistence worthwhile.

After all, we’re talking about a young man who transferred from Division II Miles College to Jackson State after his sophomore season to play for then-coach John Hendrick.

After Hendrick was fired in August 2020, Marshall was given an opportunity to try out for a roster spot as a walk-on player.

He didn’t make it.

Disappointment filled him; so did resolve. Delay has never been denial for those committed to success.

So Marshall started badgering assistant coach Otis Riddley for any job that would allow him to be around the team and give the new coaching staff a chance to know him.

He didn’t really care what it entailed.

Marshall then had his friend, receiver Warren Newman, approach Ahmon Lott, director of video services, for a chance to work with his team.

Lott made him a cameraman on the video team.

Religious folks will tell you that the key to getting a blessing is being in position to be blessed. Taking the video job gave him an opportunity to show what he could do.

“It was real hard knowing that I could be on the field being productive, but I was determined,” Marshall said. “I just loved the game and my whole focus was getting back on the field no matter what I had to do.

“It was like I saw the light at the end of the tunnel and I just felt like some good was going to come out of my situation.” 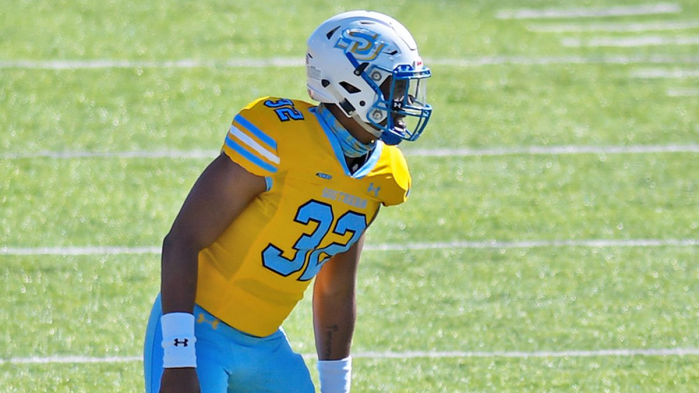 During the spring season, injuries took a toll on Jackson State’s roster and the coaching staff added Marshall to the scout team. Then Sanders himself promoted him to the travel team.

Marshall, a junior from New Orleans, kept asking Riddley for opportunities in the spring to practice, and about a month after he joined the video team, he got an opportunity in practice and scored a touchdown on a 15-yard pass across the middle from quarterback Shedeur Sanders.

He performed well and earned a chance to start against Alabama A&M, in part, because of more injuries.

He responded with 126 yards on 19 carries and a touchdown.

His father, Sherman Harris, was on a business trip, so he couldn’t attend the game. He listened to the TV broadcast on his phone while driving.

“I shed a tear, to be honest with you, because I see all the work he did behind the scenes and what he went through,” said Harris, “and he made the most of it. Listening to the TV commentators talk about his story was great.

“All he’s ever wanted to do was play football. To see him live out his dream is a big deal for me. This is his whole life. He doesn’t do anything else but football.”

That performance earned Marshall a spot on the depth chart in the fall.

“He brings hope. Forget the program. He brings hope to people,” Sanders said last month. “You’re talking about a guy who was holding the darn camera last year? Filming guys he knows darn well he was better than? He waited patiently until he saw an opportunity, and when the opportunity presented itself, he presented himself.”

How one initiative brought Black Ultimate Frisbee players together —

The NFL continues to profiteer even after deceptions, tragedies and humiliations —