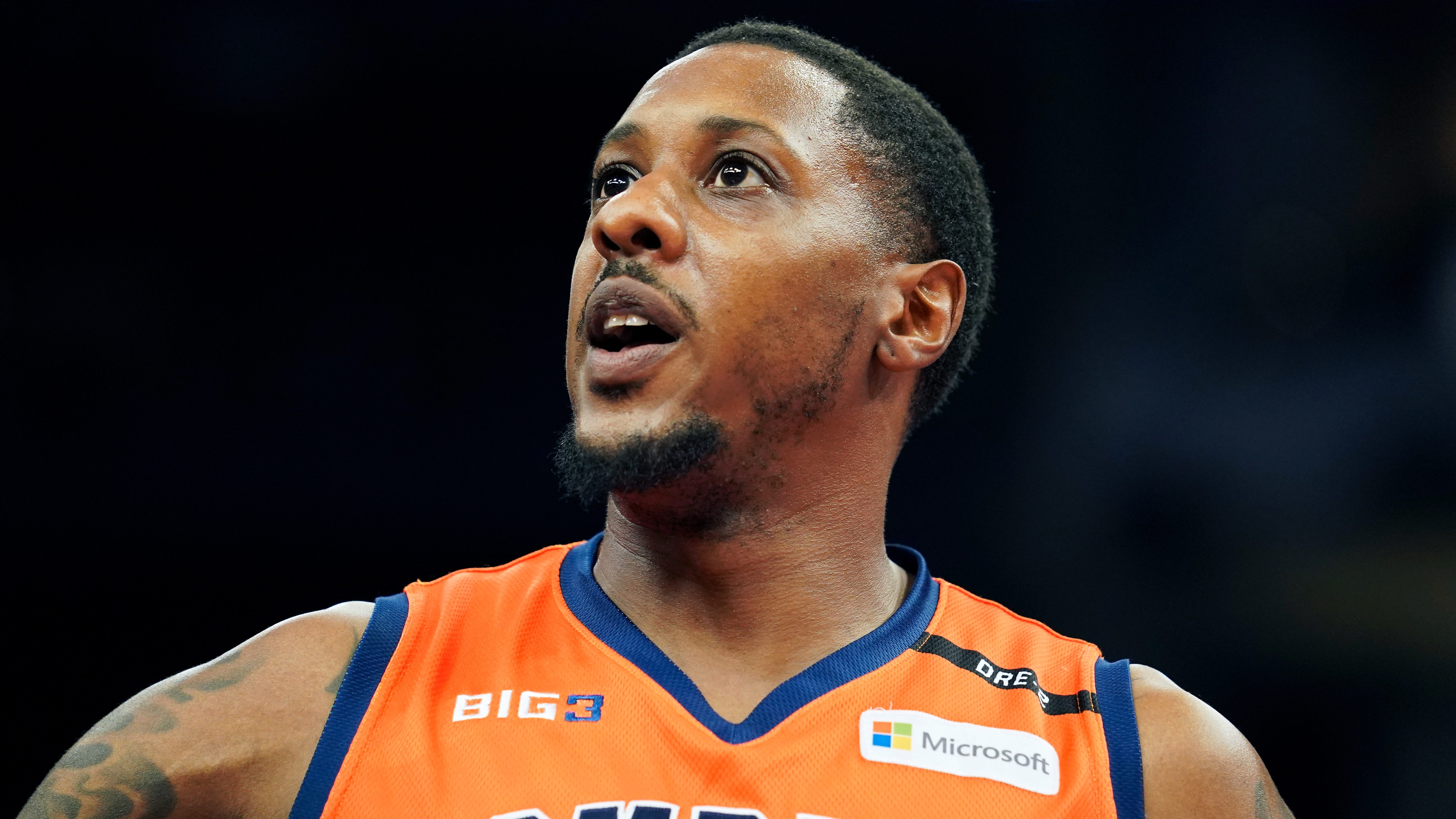 LOS ANGELES – The box score was proof that Stanley Johnson was a factor in the Los Angeles Lakers’ win over the Utah Jazz on Monday, with a season-high 15 points, five rebounds and two blocks off the bench. The Lakers thought enough of his performance that he joined stars LeBron James and Russell Westbrook as the only players to take questions in the news conference afterward. The Lakers also tweeted about Johnson several times during the win, including “#StanleyJohnson x #NBAAllStar.”

For an Orange County, California, kid who grew up a Lakers and Kobe Bryant fan, this would seem like a dream come true for Johnson. And it could be if the Lakers decide to sign the journeyman for the rest of the season.

“I really don’t know what they’re going to do. I have no idea,” Johnson told recently. “It’s up to [Lakers general manager] Rob [Pelinka] and all the powers that may be. I just come in every day and try to give my best effort. I feel like I know who I am as a man, with my character, as an athlete with what I can bring to the table.

Heat’s Mario Chalmers: ‘The best part of it is just being back’Read now

Johnson is averaging 6.4 points and 2.6 rebounds in 10 games with the Lakers, but his imprint has been most heralded on the defensive end. The Lakers signed the 25-year-old to a second 10-day contract on Monday, which actually is more like his third since he was initially signed to a hardship exception due to health and safety protocol concerns. This is the last 10-day contract that Los Angeles can sign him to before having to decide whether to keep him on the roster for the rest of the season.

Nothing is guaranteed for Johnson, but it will be tough for the Lakers to let him go if he continues to make an impact on both ends of the floor. Lakers head coach Frank Vogel said last week he would like to keep Johnson, but didn’t offer any guarantees before the Jazz game.

“We have to keep as much flexibility with the roster that we can,” Vogel said. “I believe that is all that has been communicated between Rob Pelinka and Stanley’s agent. But what I have seen in Stanley is he is one of our best defenders. He brings great energy, toughness, hustle, physicality and versatility to the defensive side of the ball. He can play small-ball center and really switch on the perimeter. He takes [pick-and-roll] action to change the game a little bit. There is a lot that he brings to the table on [the defensive] side.”

Considering Johnson’s roller-coaster NBA career thus far with four teams in seven years, he is certainly grateful for his opportunity with the Lakers regardless of the final outcome.

The 2015 Pac-12 Conference Freshman of the Year averaged 13.8 points and 6.5 rebounds during his lone season at the University of Arizona. There were hopes Johnson would turn into a star when the Detroit Pistons selected him with the eighth overall pick in the 2015 NBA draft. The 6-foot-7, 245-pounder didn’t live up to expectations, however, averaging 7.1 points and 3.5 rebounds as primarily a reserve with the Pistons from 2015 to 2019. On Feb. 7, 2019, Johnson was traded to the New Orleans Pelicans, who played him sparingly the rest of the season.

Johnson says he learned from his mistakes on a young and struggling Pistons team.

“I feel like I could have been better in a lot of places communicating with everybody, not being afraid to ask for help that I needed,” Johnson said. “Obviously, being really 19, 20 years old, moving to Detroit and just having the right people around you at all times and focusing on the right things, it’s difficult. Especially when you got a bunch of young men together without an older voice that’s in there that’s been through it.

“I can’t say for one second that anybody who I’ve ever been around there or when I was there, we never ever said, ‘F it.’ Even when we were losing, we practiced more than any team in the league and we trained and all that stuff like that. It wasn’t a negative thing; just there’s other athletes doing the same thing that are putting in some very concentrated work and I don’t think we were. I don’t think I was.” 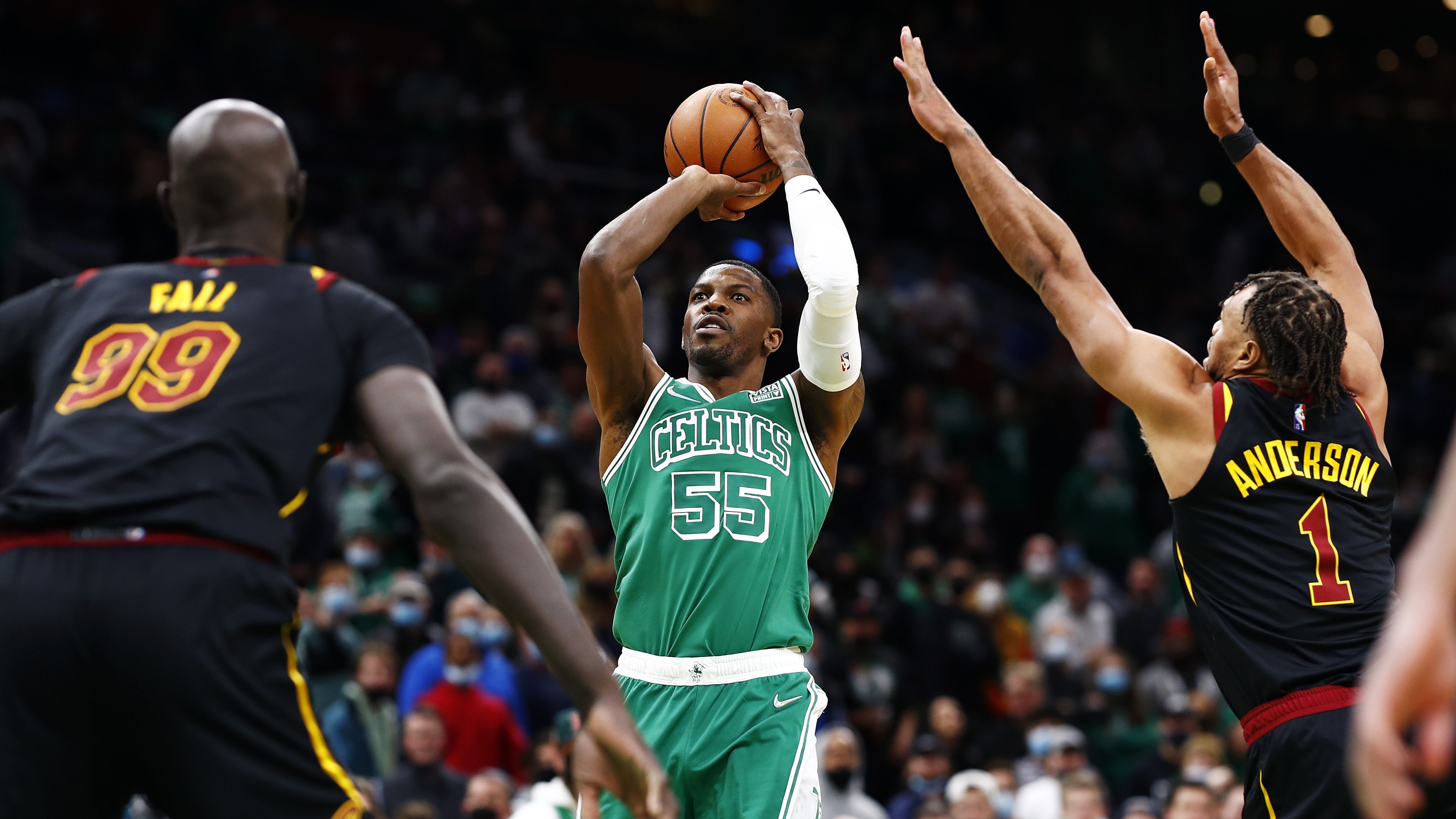 Johnson’s next stop was with the Toronto Raptors, where he averaged 3.8 points and 2.2 rebounds per game on 38% shooting from the field from 2019 to 2021. He also played three games for Toronto’s G League Raptors 905. Though Johnson once scored a career-high 35 points for Toronto and was viewed as a defensive stopper, his tenure concluded with some tough love from Raptors president Masai Ujiri and other members of the front office.

Johnson says he needed that career-altering honesty from Ujiri.

“That was a real honest conversation. That’s what I needed to hear,” Johnson said. “In the NBA, honesty is not always the first and foremost thing that people want to give you because it’s not the easiest thing to say to people that are professionals. I’ve been playing basketball all my life. I’m pretty damn good at basketball, so to tell me I’m bad at basketball, it’s a hard conversation to have with a professional athlete.

Johnson next signed as a free agent with the Chicago Bulls, but they waived him after four preseason games on Oct. 16, 2021. He played six games with the G League South Bay Lakers before the Bulls signed him again to a 10-day contract on Dec. 9, 2021. But two days later, he entered the league’s health and safety protocols and his deal expired before he suited up for one game with Chicago. Johnson said an NBA team wanted to sign him to a 10-day contract with the hardship exception, but that passed by while he was quarantining.

Through it all, Johnson said he never got depressed, kept working and relied on his faith in God.

“Even during the worst days, I’m still so blessed,” Johnson said. “Who would’ve known that this would’ve been my job for so long? I met so many awesome people with basketball. I can’t take it as all negative.

“This is the best s— that’s ever [been] in my life. [This is] some positive s—. Obviously, it’s not going as the way I had planned, but I never went back home like, ‘Hey, F this, I don’t really want to do this anymore.’ The fact is through this, I was still getting paid to work out and play basketball on a daily basis.”

Johnson actually expected to play for the South Bay Lakers beginning on Jan. 5, not the Los Angeles Lakers. But on Dec. 24, 2021, he was done quarantining and landed his “best Christmas present ever” by signing a 10-day hardship exception with the Lakers, along with veteran guard Darren Collison.

While Collison’s addition got more attention, Johnson made a bigger impact with seven points and a 3-pointer in 27 minutes against the Brooklyn Nets on Christmas Day. Wearing a Lakers jersey also fulfilled a childhood dream for the Southern California native.

“Watching the Christmas Day game was probably one of my first memories of basketball,” Johnson said. “Watching Kobe in the playoffs in 2006 was one of the reasons why I wanted to be in the NBA. Growing up, you don’t know how the process works. You just think you’re going to go to the NBA and play for the Lakers. In fact, that’s how I imagined myself as an NBA player as a child.

“Now, obviously, when you get older you’re like, ‘Well, there’s 20 other teams,’ and stuff like that. You really don’t care which way you get into it. But as in my love for basketball, the Lakers are part of that enjoyment as a kid. It’s like one of those childhood things that, just growing up in LA, growing up in California, I’ve always been like that.”

Three weeks later, Johnson’s role has continued to grow with the struggling Lakers. He listened to James’ advice to be aggressive taking the ball to the basket. Against the Jazz, Johnson made 6 of 7 two-point field goal attempts, including a key layup over three-time defensive player of the year Rudy Gobert, and scored 10 key fourth-quarter points. Johnson also continued to make his presence known on the defensive end.

“People forget that he was a top-10 pick in our league and he’s only 25 years old,” James said. “He’s a guy that’s hungry and wants to go out and prove that he belongs in the NBA and trying to stick here to stay for as long as he can.”

Said Westbrook: “Throughout his career, he’s had some ups and downs. To see him flourish in nights like this is big, not just for him, but for his confidence and how he’s able to kind of withstand and all of the battles he’s been through thus far.”

The clock is ticking on Johnson’s contract with the Lakers. Star forward Anthony Davis and veteran forward Carmelo Anthony could be back in uniform for Los Angeles soon.

But whether it’s the Lakers or somewhere else, Johnson says, he will be ready.

“I’ve been doing a lot of working on myself and working on my game, and at some point in time it’s going to result in successes,” Johnson said. “When that comes, it’s up to God and how he works in your life and how he’s worked your mind. So, I always felt like at some point in time I’d be prepared, but you know how opportunity is — you have to be ready for it. You have the opportunity and then, boom, it happens together like that.”