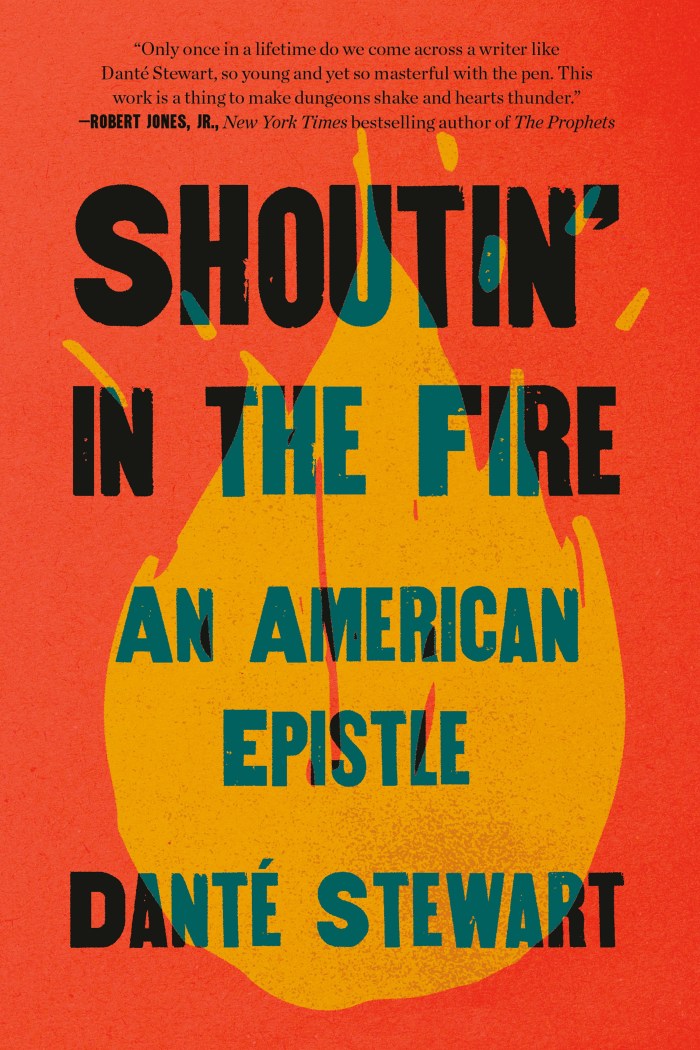 In this excerpt from his new memoir, Shoutin’ in the Fire: An American Epistle, the writer recounts the conflicts he felt over being a Black football player at a predominantly white institution.

Trayvon got murdered when I was a sophomore at Clemson University. I remember other Black teammates on the football team around me were so shaken by the death of someone who looked like us. Some of my teammates lamented the reality of being Black and young and terrified, fearing they would never be protected in the world the ways we knew we were protected on the field.

I had learned the same lessons as a kid. My mother and father would make sure that we knew how fragile the balance our lives hung in. So they taught me and my sister and my brothers and all of the children at church to make sure that we always talked the right way, acted the right way, and never really made too much noise about what was happening in the world, lest what happened to them would happen to us.

I used this as an excuse to stay quiet. So I was a part of the group that didn’t really want to rock the boat, lest I get on the bad side of the coaches, and become what they liked to call a distraction.

So I kept quiet.

Somewhere in my mind, I knew there was so much to hate about the world. And so much we needed to talk about. And so, so much to pray about. But what mattered most was me making sure that my name and “trouble” stayed out of the same sentences. I was not a scholarship player. My place was not se­cure. I could not afford to be a distraction; I needed to be what they deemed dependable. I was just a walk-on trying to get some playing time. I was doing real good that year, too. I knew I was getting noticed more by the coaches, since I had just come off a good winter and had a good spring ball. When my team­mates asked me to join them taking a photo in black hoodies in solidarity, I said, “I got to go to study hall.” That was a lie. I didn’t have anything to do. I didn’t care. That was their thing and I was doing my thing. In my mind: Yes, I was Black, but I was really a foot­ball player who just happened to be Black. More im­portant than Trayvon’s Black body being murdered and our Black bodies taking a photo was my Black body’s distance from both. Being good at football was more important than being Black.

I had worked hard to become the best athlete and the best man I could be, as our coaches would always say. I had succeeded. During spring ball, my coach raved about how good I was doing, how much I was progressing as a leader, and how proud he was that I was accomplish­ing so much in a short amount of time. “Ma,” I said as I called my momma one day on the way home from practice. “Coach mentioned me in the news conference.”

We were both so proud together that her baby was giving her something she could talk about on Sunday when she went to church.

One year earlier, I’d been just a walk-on trying to get some attention and earn my place on the team. Now, I’d finally made it happen.

But by the time the next year rolled around, my status was in jeopardy.

One of my teammates — let’s call him DJ — was a top-rated cornerback who came in with other top recruits. He enrolled early in school before the rest of the freshmen athletes arrived in the fall. DJ was the kind of player even upperclassmen would talk about — barely in college, yet already a legend. For a walk-on like me, that wasn’t good news.

That summer, I kept trying to suppress how afraid I was of losing my position on the team. I mean, damn, I’d worked so hard for it. And I wasn’t ready to admit that I was about to lose it. I was too scared to tell my momma. Too ashamed to tell my daddy. Too arrogant to tell myself.

I’d put my all into this role. And deep in my bones, I knew this young dude was about to come and take it from me.

So I began to run.

One day in the summer of that year, before we went out for practice, one of my coaches called me into the office and asked me what was going on. I knew what that meant. He was wondering why I wasn’t working out the way that I should, why I wasn’t really showing up. In my mind, I’m thinking, How in the world Coach know this? Who told him? I was pissed. I gave him some answers about how I was struggling with school or something. I knew how to maneuver my face and change my voice to make people feel bad for me. It wasn’t my first time lying. I knew how to wear the mask. Coach nodded sympa­thetically and let me go.

Later that day, I went out to practice. It was my turn up at defensive back. I ran onto the field to take my place while the other players cleared out. But DJ stayed on the field. “I ain’t moving,” he said. At first, I was ready to fight. Thinking, Who this dude think he is? All summer I heard people talk about how good he was. So when he didn’t move off the field, I knew he saw me as someone in his way. He still ain’t moved. Some of our teammates felt the ten­sion. They knew I wasn’t really into conflict like that. Some of them called me “the Preacher,” the way I posted Bible verses all the time on my social media, and led us in prayer from time to time. Church Boy. As pissed as I was, I felt the pressure of that name — and the anxiety of losing it. Maybe my teammates felt the need to protect that in me, too. So our teammates got in between us, separated us. DJ went on to play, and I stood on the sideline.

I immediately felt regret, resentful — both a rage and an anxiety. I had just lost my place, something coaches and teammates had told me I owned for so long. And I had lost it in front of my entire team.

We boys are taught real early that to be a boy means to take up space and to fight for space and to destroy whatever is in the way between us and our dreams. That day I lost mine. The way I saw it, DJ took it from me. A deep shame came over me — the kind you feel when you know you’ve failed and that you can’t do anything about it. It was the shame of having to tell all the people back home, who always thought I was going to the NFL, why I wasn’t playing at games, why my name wasn’t being called. It was the shame of having no way to run and nowhere to hide from this failure.

This is how we learned to survive college: by dis­trusting one another. Distrust can be a powerful thing, especially when you learn to distrust those who look like you. You learn to view them with skepticism, as dangerous, always a threat of taking something from you. Was that the dynamic on the plantation? Black people who were trying to survive learned distrust. The white supremacist structure, both in the country and in the church, shaped the demand for it. It wasn’t their fault. It was forced upon them. I learned that it is more than distrust; it is self-hatred.

Years later, I now realize that DJ and I were just alike. We both came from the bottom and were just trying to make good on the lessons that we’d learned early from our people. We were both trying to prove white people wrong about us. Every. Single. Day. We were trying to prove that we were the “good Black boys.” So many friends and family back home would drop out of school. Some would get pushed out. Some would be ignored. Some would just leave. So we had to be good and much better than those “nig­gas” back home. We had so much to prove. That we could have perfect attendance. That we were studi­ous. That, in some sense, we were human. That’s what it was: We were proving that our successful Black bodies were human Black bodies. We couldn’t fail like the others, lest our parents be proven irre­sponsible. Other boys (that’s who we are in college, really, children) stood as individuals and never as a reflection of their whole community. Us? No, we had to move differently. It’s just horrible that our moves meant being more skeptical of ourselves than of the system that forces us against one another.

I really wish I would have learned to love DJ in­stead of distrusting him. I would have realized that our struggle was so much more than how well we could produce on the field, and that our struggle was not against each other, and that our struggle was to find ways to love and find ways to give up the lies we learned and find ways not to destroy ourselves and others in the process. I really wish I had learned that Black boys on white college campuses are not actu­ally adults but children in need of protection, in need of better lessons about being human, and being boys, and being vulnerable, and being willing to tell the truth about our pain, and being willing to stop hiding behind numbers, and finding pleasure together in simply just being, and winning, and losing, and learn­ing, and healing, and accepting ourselves, and finding beauty in ourselves, and worlds to be explored in our minds, and growing up without the fear of rejection, or prison, or punishment. I wanted us to give up the lies that good Black boys always make bad Black sen­tences.

But I learned that lesson too late.

Excerpted from Shoutin’ in the Fire: An American Epistle by Danté Stewart. Copyright © 2021 by Danté Stewart. All rights reserved. No part of this excerpt may be reproduced or reprinted without permission in writing from the publisher.

Danté Stewart is a speaker and a writer whose work in the areas of race, religion, and politics has been featured on CNN and in The Washington Post, Christianity Today, Sojourners, The Witness: A Black Christian Collective, Comment, and elsewhere. He received his BA in sociology from Clemson University and is currently studying at the Candler School of Theology at Emory University in Atlanta, Georgia.