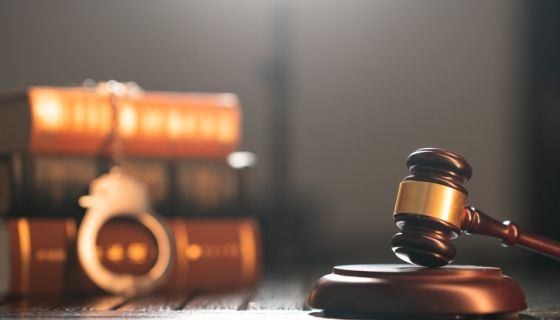 In today’s episode of White Lies MAGA, an apparent Trump supporter in Brooklyn Center, Minnesota, has pleaded guilty to wire fraud “after filing fraudulent insurance claims for a staged arson,” according to a Department of Justice press release.

According to court documents, on September 23, 2020, Denis Vladmirovich Molla, 30, falsely reported to law enforcement that someone had lit his camper on fire and that three unknown males were near his home when he heard an explosion. Molla also reported that his garage door was vandalized with spray-painted graffiti stating, “Biden 2020,” “BLM,” and an Antifa symbol, and that his camper was targeted because it had a Trump 2020 flag displayed on it. In reality, Molla started his own property on fire and spray painted the graffiti on his own garage.

First of all, Molla’s main problem is his ruse just wasn’t realistic. A conservative-hating vandal painted graffiti that read “Biden 2020,” “BLM,” and included an Antifa symbol? I think not, sir. It sounds like something a Trump=loving, Black Lives Matter-hating, Antifa-propagandizing right-winger would think up while trying to impersonate their idea of what “the left” is like.

This is like that time an old white man claimed Black vandals painted “Blacks Rule” on his driveway and nobody bought it because—and I’m just going to raise my voice here for a second—BLACK PEOPLE DON’T TALK LIKE THAT!

Molla is the type of white man who would rob a bank while disguised as a Black man and say to the teller, “Hey you jive turkey, put the skrilla in the bag before I pop a cap in your a**. Don’t be dissin’ me now, because homey don’t play that!”

When you think about it, MAGA Molla is really just following in his cult leader’s footsteps. This is like a Bargain Basement version of Donald Trump responding to losing his bid for reelection by engaging in a propaganda campaign that claimed dead people were voting blue, voting machines were rigged to abra-cadabra Trump votes into Biden votes and mail-in ballots exacerbated the widespread voter fraud in America that never existed. Trump also had a tendency to deflect to BLM, Antifa, critical race theory and “fake news” whenever anyone tried to hold him accountable for any of his orangey-white nationalist shenanigans.

Unfortunately for Trump and Molla, telling obvious lies to Qmorons who are sure to buy them isn’t the same as telling them to the general public or the federal government.

Still, Molla failing at turning generic right-wing propaganda into an insurance fraud payout is kind of hilarious. Except he really needed to keep BLM out of it. Don’t be involving us in your broke Caucasian nonsense.

According to the DOJ, Molla’s sentencing hearing “will be scheduled at a later time.”

Silk Sonic Will Not Submit Album For Grammy Consideration