PITTSBURGH – Get ready for the latest fast break in the empowerment of college athletes: Duquesne University has hired a “personal brand coach” to teach its basketball players how to profit from social media.

Duquesne, which competes in the mid-major Atlantic 10 Conference, announced Monday that Jordon Rooney will work with student-athletes to navigate upcoming NCAA rule changes that will allow them to earn money from their name, image and likeness, also known as NIL. Athletes will soon be able to be paid for things such as endorsing products, appearing in commercials or signing autographs. Duquesne’s move, which it calls the first of its kind, is designed to get ahead of these changes and help athletes use social media for more than just cashing in on their Instagram followers.

This comes as the game clock is ticking down toward zero on the exploitative, top-down era of college sports.

The belief that college athletes deserve to share in the billions of dollars they generate is now mainstream. Legislation that would allow players to be paid is sweeping through states and Congress and could take effect in some places as soon as July. Over the last year, as the largest movement for racial justice in American history played out, athletes pushed back against their coaches and institutions in unprecedented ways. New rules allowing players the same freedom as coaches to switch schools have plunged rosters into chaos.

Meanwhile, the NCAA is under attack from some athletic directors after bungling the women’s basketball tournament and then extending the contract of president Mark Emmert. The Supreme Court is expected to rule in June on whether the NCAA must loosen its restrictions on compensation to athletes. Above the table compensation, that is, instead of the shady deals that have historically resulted in the disproportionate punishment of Black coaches.

Got a problem with coaching college ballplayers to monetize their social media? You might as well lace up the Chuck Taylors and hoist two-handed set shots at some peach baskets.

“First of all, it’s an opportunity that student-athletes should certainly get. They deserve it,” said Duquesne athletic director Dave Harper. “I think the bear’s going to be in the details. … All these changes are coming at such a rapid pace, and we haven’t had time to really sit down and think of all the effects. So we have to be much more adaptive.”

Pressure to keep up with the Power 5 programs is one reason this breakthrough came at a school like Duquesne, and not at a Duke or UCLA. Some Power 5 schools have begun planning to help their athletes with name, image and likeness, such as the University of Georgia, which hired Altius Sports Partners. But Duquesne says it is the first school to hire a coach to do it. Duquesne’s $5.6 million men’s basketball budget is a fraction of many top programs. If Duquesne doesn’t offer something creative, it will be even harder to recruit and retain players who can bring it back to the NCAA tournament for the first time since 1977.

Before coming to Duquesne in 2017, head coach Keith Dambrot won a ton of games at Akron by recruiting hungry underdogs eager to make a name for themselves. That’s the profile of Rooney, a 31-year-old former Division III football player who parlayed a knack for social media into his own boutique marketing company, Built Different, and several related businesses.

Rooney saw the future of name, image and likeness and pitched Duquesne on how he could help best serve its athletes. Dambrot, 62, who calls himself “technologically inept,” liked Rooney’s expertise and that he has “earned everything he has gotten.” Rooney will start by working with the men’s basketball team, then spread the program to the rest of Duquesne’s athletes.

Rooney knows there aren’t any six-figure deals in the near future for Duquesne’s hoopers. But he sees a bigger mission in trying to rectify the injustice in the fact that for every dollar of wealth owned by a typical white family, the average Black family has a dime. And he’s passionate about disrupting a system that has wrung billions of dollars from the endeavors of Black college basketball and football players.

“I recognize areas where I have an advantage just because I’m white, and it’s totally opened my eyes to things that I never would have realized before. What I’ve come to see is empowerment is so important,” Rooney said.

“For so long athletes have been nothing more than just a spectacle: ‘Hey, go look at them. Shut up and dribble. Just do what you’re supposed to do,’ ” Rooney said. “But now people want to know who they’re voting for. They want to know what they’re doing. So empowering these athletes to be vocal, to use this attention on them for good and to generate income – there couldn’t be a more powerful time to be working with athletes and their brands.

“It’s not just like, ‘Hey, we’re going to get you a few hundred bucks a month, you can get some Instagram shout-outs,’ ” he said. “We’re going to have them sell their own NFT trading cards. We’re going to put them through business pitches. Our goal isn’t just for them to have a T-shirt brand. Our goal is for them to be the creative director. I view this as a whole new opportunity to create generational wealth, to shift mindsets and to disrupt institutions.”

The NCAA was in complete control when Dambrot began coaching at the University of Akron, his alma mater, in 2001. When he coached LeBron James at St. Vincent-St. Mary High School from 1998 to 2001, there was no such thing as social media. Now Dambrot’s players get bombarded with Twitter judgments right after games, and his point guard transferred in the middle of the season. “I think it’s really hard emotionally and mentally on these young people. And you can’t really coach the same way,” he said.

“If you’re unwilling to be flexible in this business, then you’re not going to survive, because things have changed so much, even in the last two or three years,” Dambrot said. “The thing is, these kids deserve to make money. And so we just want to be cutting-edge, and make sure that we give them the opportunity to not only make money, but also to understand how social media can be beneficial. Just the ability to get their name out there in a positive manner that helps them with donors and alumni. Even if it isn’t immediate compensation, just to paint a positive picture so that down the line they can get good jobs.”

Like it or not, a new era is dawning in college sports. Power and control no longer rest solely with schools and the NCAA. The future is uncertain – nobody knows yet if boosters will be able to induce recruits to sign with the promise of endorsement deals, for example, or whether players will be able to sell merchandise with their names or uniform numbers. Name, image and likeness could widen the gap between the Dukes and the Duquesnes, or it could close it. 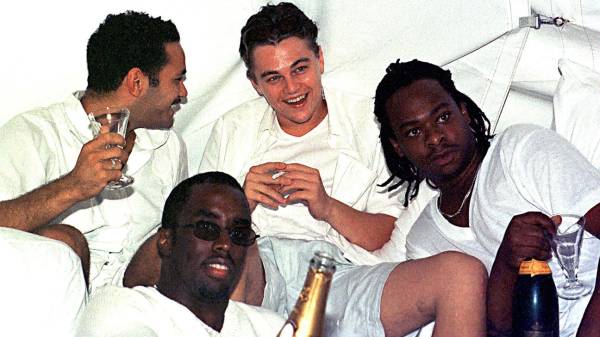 Diddy’s White Party kicked in the door, announcing ‘we up in here’ Read now 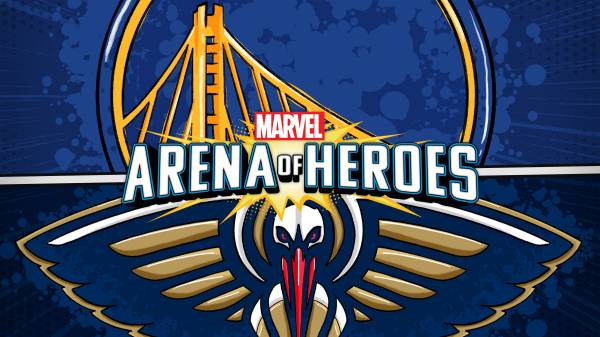 If the Avengers need help, the NBA is a natural place to look Read now

At this early stage of the game, though, Duquesne is winning. “The best time to innovate,” Rooney said, “is in the beginning.”