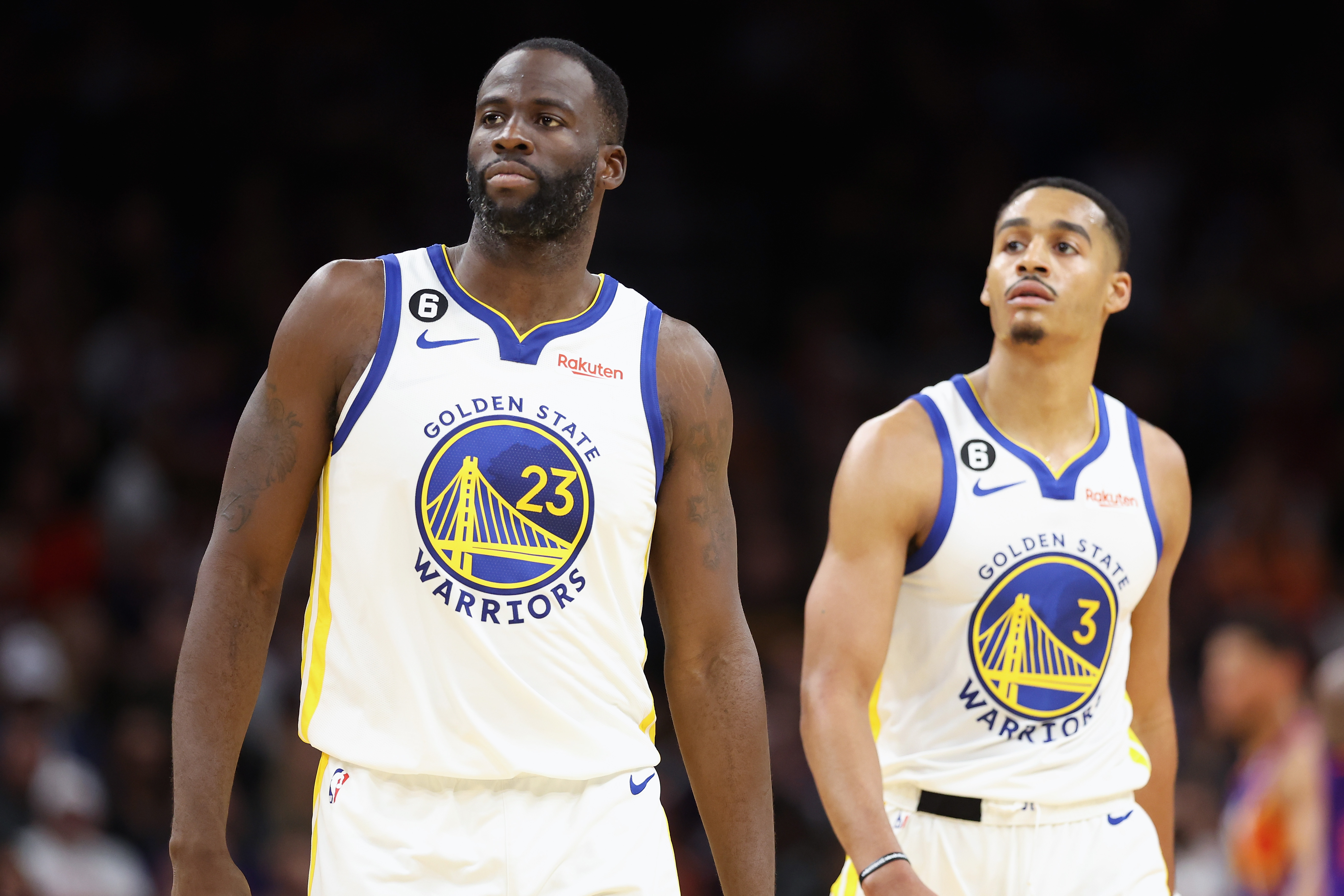 Golden State Warriors forward Draymond Green entered his 11th NBA season under fire for punching teammate Jordan Poole during a training camp practice, with questions about his contract future and rumors about interest in playing on the Los Angeles Lakers with good friend LeBron James. Now that dust has settled on that drama nearly two months later, Green revealed that he has gone through some deep introspection and says he is still happy playing for the only NBA franchise he has known.

“I’ve been in this uniform for 11 years,” Green told Andscape recently. “I don’t know anything else. So, to say, ‘You’re not happy?’ I don’t know anything else. The same thing that I’ve known for the last 11 years is my reality. And that is what I know. That is what I understand. So, for any disdain that you could possibly have for the last 11 years, I’ve had several things that [have] bothered me. And what have I done? Figure them out, so this is not different. Same thing, you figure it out.”

Green took part in a Q&A interview with Andscape last week in which he talked about his relationship with Poole now, the Lakers trade rumor, his contract, how much longer he wants to play and much more. The four-time NBA All-Star is now 32 years old and is averaging 9 points, 6.1 rebounds and 7.1 assists. The four-time NBA champion and the reigning NBA champion Warriors host the Chicago Bulls on ESPN Friday.

The Warriors (11-11) have been up and down so far this season. How are you evaluating the state of the team right now?

Just taking this season and figuring it out. Figuring out what needs to be done. I’m great. It’s a different team. You always think when you see the same five, six, seven guys, you like, ‘Oh, it’s the same team.’ It’s not. So just really figuring this team out. The remedy is experience. I don’t think there’s any shortcuts to the things that we need to learn. We just need more experience and more time together. You got to continue to work through it, stay competitive and make sure you’re doing the necessary things that you got to do to get better and correct the issues that we have. But I think they’re correctable by experience.

Did you become less vocal, sit back more, or change after your altercation with Jordan?

I wouldn’t necessarily say it made me less vocal. No, it doesn’t change me. You just have to evaluate things. You have to step back and evaluate the situation at hand. You can’t be so quick to act. You got to be quick to watch and pay attention, evaluate what’s going on. You can’t be quick to speak. You have to be quick to figure out what the issues are. So, for me, that’s just what I’m doing. I’m not so quick to speak. I’m watching and figuring out what needs to be done and what needs to be said. Watch and figure it out.

What can you share about your relationship with Jordan now?

Fair to say the working relationship with you both is fine?

Yes, it’s great. There’s no problem with that.

What did you reflect on during your team-imposed absence from the team after the incident with Poole? Anything you gain from that time?

I gained a lot of perspective, which I think perspective is important in anything that you do in life. That’s what I continue to learn as I grow in life, is perspective is just as important as anything else. And so, for me, I gained a lot of perspective during that time. You really do a deep dive on self. You do a deep dive on the things around you. And for me, I’m grateful for that because it was a time where I was able to learn. And I think anytime I’m able to learn something, that’s great.

What was the biggest thing you learned?

What can you say about the rumors that you would have interest in being traded to the Lakers?

I never said that. People can say what they want. I’m also not really one to react much to what one may say. I react to things when I want to react to it. I don’t react to things just because somebody said it.

Would you be interested in playing your entire career with Golden State?

It’s incredible when you look at the amount of guys who’ve played for only one team. You can look around the NBA right now. There are five guys that’s been on a team for 11 years-plus. We have three of them [along with Stephen Curry and Klay Thompson]. It’s a very rare thing. There’s 470, 480 players in the NBA? There are five guys that’s been with his team for 11 years plus. That’s amazing. So, you don’t just give that away. So, absolutely I’d be interested in that.

If you had the opportunity to, you relish that opportunity. But in saying that, I do understand that this is a business. And ultimately, decisions have to be made. I have to make decisions, and you take them as they may. But for me, I’m focused on the season. I’m focused on winning. We let those things play out the way they’re going to play out. Because one thing is for certain, is they play out with time, and time is going to continue to pass. And so, I focus on the present and what I can do right now for this team. All that stuff can happen when it happens.

Are you concerned much about your contract? (Green is slated to make $25.8 million in the 2022-23 NBA season and $27.5 million next season, if he accepts his player-option. If he opts out following this season, he will be an unrestricted free agent.)

No, not at all. I have a great agent [Rich Paul]. The best agent in the business. That’s why you align yourself with an incredible agent, because they handle the business. I play basketball. That’s what I want.

You’re a 2012 NBA second-round pick who came off the bench in summer league to a four-time NBA All-Star and four-time NBA champion who has made $130 million on the court entering this season. Do you ever reflect much on your journey?

Draymond Inc., I think it’s going great. I think I’ve been able to build, gain some traction in the media space, which I think is incredible. Something I want to do. And I’m currently building that out and trying to build a business around that. It has a tremendous amount of upside that I’m excited about. I give a lot of time, effort, and energy to that, because it’s not something that I’m just doing today. That’s something that I wanted to live on far past me playing. So, that’s my goal and focus, and there’s a lot to it.

How much longer you going to play in the NBA?

I want to play another four or five more years. That would be enough for me.

What do you the Warriors have to do to make this a championship team again?

We have to tighten up. When I say ‘we,’ I mean obviously the guys that’s been here understood what it takes. We have to tighten our things up. We can all sit back and point a finger and say this thing or that thing. Or what you can do is take matters into your own hands and tighten up where you can tighten up at and make sure you’re tight all the way around. So, for us as leaders, that’s what we have to do. And then you allow the other chips to fall as they may.

Stephen, Klay Thompson, Andre Iguodala, you will always be linked to them. What do those guys mean to you?

You’ve been living in the San Francisco Bay Area now since 2012. What does ‘The Bay’ mean to you?

The only place I’ve spent more time in is Saginaw [Michigan]. I’ve grown so much in the Bay. I’ve grown my family in the Bay. The Bay is a special place for me. This is the only place I know outside of Michigan. I spent 22 years of my life in Michigan and the last 11 in the Bay. So, the Bay is a very special place for me. I love the people. They have always embraced me. This is a place where I was able to go and turn s— into sugar.

Marc J. Spears is the senior NBA writer for Andscape. He used to be able to dunk on you, but he hasn’t been able to in years and his knees still hurt.