Dr. Kiki Baker Barnes has served as the athletic director of Dillard University for the past 16 years, but now, she is moving on to the next chapter of her career.

As reported by Nola.com, Baker Barnes is set to take over as the first Black woman commissioner of the Gulf Coast Athletic Conference, a National Association of Intercollegiate Athletics conference made up of historically Black colleges and universities. For the past two and a half years, she has worked in the position on an interim basis while also remaining committed to Dillard as AD.

Her official naming now makes the Minden-raised former University of New Orleans star athlete one of only four Black women in the country in that esteemed position. She already blazed trails as the first female and first Black commissioner of the NAIA, and she was the lone female athletic director in the state of Louisiana.

“Athletics is the front porch of the university,” said Baker Barnes. “We are going to elevate our institutions and our student-athlete experience. And we are going to have a good time doing it.”

Baker Barnes is openly passionate about inspiring, encouraging, and raising up the next generation of Black women in sports.

“It’s been tough,” she admits. “But on the other hand, I was made to do that. I’ve been juggling 20 million different things all my life.”

Speaking to Sports Illustrated earlier this year, Baker Barnes said the mentorship program she started in 2017 — dubbed “So You Want A Career in Athletics?” — is her “legacy work.”

“It is my hard work. It is my passion,” she maintained. “Now I am helping young girls get connected. It’s about them knowing that it’s possible. And I feel like because of my path, I have an obligation to ensure they are aware of what those opportunities look like, and how they can successfully navigate and achieve their goal in leadership.”

She also explained that her foray into sports didn’t start with basketball. 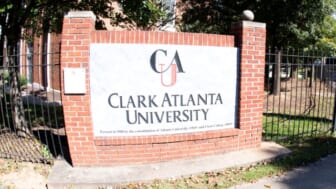 “He was just an amazing man — and he worked us to death, let me tell you that,” she said of Gilbert. “I learned the game of basketball — and I learned I wanted to be really, really good. I wound up being a halfway decent player. I got a scholarship!”

She took over as Dillard’s athletic director in 2006, in the wake Hurricane Katrina’s devastation, at a time when player participation was scarce. After over a decade with the HBCU, Baker Barnes looks back on the milestones of which she is most proud, such as establishing scholarship endowments and a Hall of Fame, as well as the Bleu Devil Classic basketball game she hosts each year against rival Xavier University.

“I’m most proud of the efforts of the Dillard community,” she said. “Though I am the person who received awards for the leadership part, people had to buy into what you’re selling. The Bleu Devil Classic became a cultural phenomenon, our highest money generator and a family affair that everybody looks forward to. It became our highest money generator, helping us raise funds to honor and connect our past to our present and secure our future.” 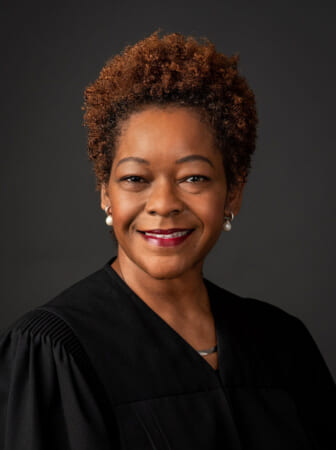 Baker Barnes is set to give up her role as AD on June 1, according to the report.  As the new GCAC commissioner, Baker Barnes said her “desire is to help more people.”

“It won’t be just helping one HBCU,” she added, “but a conference of HBCUs.”

And she’s eager to be of more help to the community she serves.

“It means I’ve got a lot of work to do,” Baker Barnes said. “My goal was never to be a trailblazer. I didn’t wake up one day and say I’m going to trail blaze. I wake up every day and I say I want to make a difference. I want to make an impact, so I always ask myself how can I do that with the gifts and skills that I have in the place that God has planted me.”