As a journalist, I’ve covered MOVE for more than 40 years. During that time, I’ve witnessed repeated demented decisions by Philadelphia authorities against MOVE with bloody impacts, including those on May 13, 1985.

A revelation last month about the mistreatment of remains belonging to two children killed in the horrific 1985 police brutality incident ripped open long-festering emotional and psychic wounds still oozing from that explosive event.

Reactions ignited by the April revelation from a whistleblower include rage from the public, regrets from authorities and ruined reputations of people involved in the mistreatment of the remains.

However, while those revelations were shocking, they didn’t surprise me.

On May 13, 1985, the day after Mother’s Day, I watched Philadelphia police drop a bomb on a row house occupied by MOVE members during an eviction effort. Authorities compounded that abhorrent act with an outrageous decision to deliberately allow the blaze sparked by that bomb to rage into a firestorm.

Only one adult MOVE member and one child escaped that blaze, both burned badly.

While watching that conflagration, I didn’t know Philly’s police commissioner had ordered firefighters not to fight the fire. At the time, I wondered why firefighters did nothing as a community burned down.

While covering a fatal 1978 clash between MOVE and police, I witnessed the arrests of three MOVE mothers whose four children were among the five children who perished on May 13.

In June 2019, two of those mothers I saw arrested held a news conference. They had spent 41 years in prison.

During that news conference, I remember heart-wrenching accounts by Janet Africa and Janine Africa revealing for the first time publicly the insensitivity they experienced the day after the fiery 1985 incident.

Prison guards taunted them, mocking the deaths of their children.

Janet didn’t know in 2019 that the mistreated child bones included those of her dead daughter.

The events of the last few weeks epitomize the disregard for Black life in Philadelphia, a city with a despicable record of abusive policing against Black people.

In April, the first revelation exposed how two anthropologists with the University of Pennsylvania Museum mistreated the children’s charred bones. The second revelation regarded the mistreatment of fragments from other unidentified MOVE bodies kept by Philadelphia’s morgue.

Hearing reactions from Philadelphia officials, it struck me that irrespective of their sincerity, those reactions obscured a critical concern that a plethora of apologies and possible payment of reparations to MOVE do not address.

Will this reckoning really result in righting wrongs that radiate from the institutional racism embedded deeply in the soul of Philadelphia, long defined as the City of Brotherly Love? 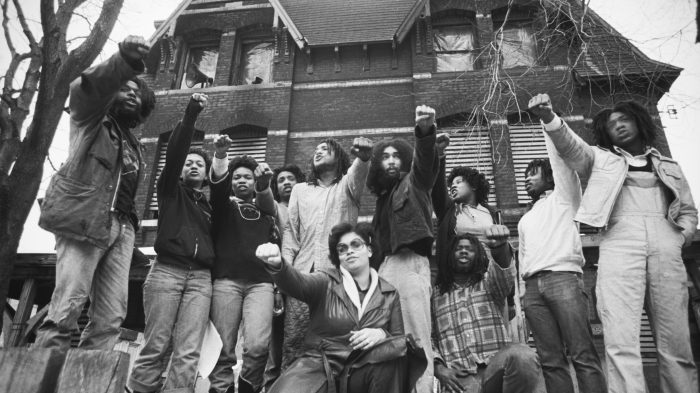 Not holding racists accountable for wrongful acts against Black folks is a historic scourge in Philadelphia and across America.

A consistent criticism of protesters since the initial April revelation is the failure of Philadelphia and federal authorities to hold police accountable for misdeeds during that 1985 incident.

I know the repeated confrontations between MOVE and Philadelphia authorities, beginning in the mid-1970s, erupted largely from authorities penalizing MOVE for any infraction, yet refusing to punish law enforcement personnel for acts of brutality against MOVE. That brutality included beatings where law enforcers kicked female MOVE members in their genital areas and caused miscarriages.

The University of Pennsylvania launched its own investigation into the actions and inaction of the two Penn Museum anthropologists.

Although the scandal caused Princeton to cancel that online course, anthropologist Janet Monge retains her positions at the Penn Museum and on the university’s faculty.

MOVE, activists in Philadelphia and a national coalition of Black people in anthropology, archeology and bioanthropology have requested removal of this anthropologist. Lack of action on those removal requests, according to MOVE, renders the University of Penn’s apology hollow.

The coalition condemned the mistreatment of MOVE remains as a “painful reminder of anthropology’s history with the Black dead.” The coalition, in a public statement, also blasted the barbarity of all entities that “effectively monetized the remains of Black children murdered in a state terrorist attack.”

The American Anthropological Association condemned the misuse of the children’s remains in that online course. “Such a use clearly violates the principles of ethical conduct established by the AAA,” the organization noted in a posting on its website.

Two years before the April revelation, during that 2019 MOVE news conference, the organization announced what it wanted from authorities to achieve justice in the deaths of its children.

Many view Abu-Jamal, incarcerated for a 1981 killing of a Philadelphia police officer, as a political prisoner. I’ve covered his case for decades.

Authorities ignored MOVE’s request for the release of Abu-Jamal. Indignant dismissal of MOVE’s requests is a pattern I’ve also observed for decades.

Persistent failures of authorities to ensure accountability for racist wrongs drives distrust of “the system” among persons of color.

Many see what Malcolm X observed in a fabled 1964 speech: “I don’t see any American dream; I see an American nightmare.”

And this nightmare must end.

Linn Washington Jr., is a journalism professor at Temple University. He is a graduate of the journalism fellowship program at the Yale Law School.