Lowering The Cost of Prescription Drug Prices Is A Racial…

Keisha Lance Bottoms turned down the chance to serve in President-elect Joe Biden‘s cabinet, one of the Atlanta mayor’s advisers said Saturday. The statement from Rashad Taylor confirmed reports from Friday that Bottoms didn’t accept an offer from Biden. However, it was unclear which cabinet position she turned down.

“Mayor Keisha Lance Bottoms was honored to have been offered a role in the Cabinet, which she respectfully declined,” Taylor told the Atlanta Journal-Constitution in a statement on Saturday. “The Mayor’s focus remains on the people of Atlanta and the great state of Georgia. Out of respect for the process, and the other candidates under consideration, no additional comment will be forthcoming on this matter at this time.”

New Yorker reporter Charles Bethea tweeted Friday that “sources” told him Bottoms “was offered — and declined — the Ambassadorship to the Bahamas.” Bethea suggested that role was a far cry from the cabinet positions for which Bottoms was reportedly among those being considered, including the Small Business Administration and the U.S. Department of Housing and Urban Development (HUD).

SOURCES: Atlanta Mayor Keisha Lance Bottoms was offered — and declined — the Ambassadorship to the Bahamas.

Among Joe Biden’s earliest endorsers, Bottoms was on his long list for VP & shorter lists to head HUD, SBA. The Bahamas job is clearly not in same ballpark. #gapol (1/2)

A spokesperson for Biden’s transition team tweeted at Bethea and denied the report.

“This is not true,” Sean Savett quote-tweeted Bethea Friday afternoon. “No decisions on ambassadorships outside of UN have been made.”

Bethea, an Atlanta resident who covers politics, local media and the American South, didn’t back down.

“Standing by my sourcing on this,” he replied on Twitter.

Standing by my sourcing on this. https://t.co/TGEE7pbI2x

The report set off a firestorm of emotion over an already hotly debated conversation regarding Biden and his senior leadership picks.

In particular, Biden has been getting pushed to further diversify an already extremely inclusive group of designated cabinet nominees, including Lloyd Austin, who, if confirmed, would be the first Black Secretary of Defense. Biden’s vice president-elect, Kamala Harris, is Black and Indian. Together, their closest senior advisers include people from a range of ethnic backgrounds, including multiple Black women.

But on Friday Biden introduced Tom Vilsack to be his U.S. Department of Agriculture secretary. The move was strongly opposed by some civil rights leaders in and outside of Georgia, where Shirley Sherrod, a Black woman wrongly terminated by Vilsack in a spectacularly tone-deaf firing, calls home.

Biden also introduced Ohio Rep. Marcia Fudge as his choice to lead HUD, eliminating Bottoms from contention for that spot.

It was unclear when Biden made the cabinet offer to Bottoms or if the nominations of Fudge and Vilsack played a role in her decision to turn it down. 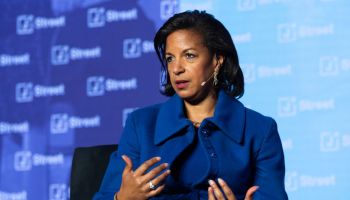