Not long after directing the 2014 documentary Althea, Rex Miller was contacted by Linda Zimmerman, the daughter of esteemed photographer John Zimmerman, who floated a project.

“We have 41 rolls of film of Arthur Ashe that nobody’s ever seen before,” Miller recalls being told by Zimmerman, who was archiving the work of her father, who had shot Ashe for Life magazine. “I like your Althea Gibson film; you should do a documentary on Arthur.”

It’s that conversation six years ago that provided the impetus for this week’s release of Citizen Ashe, a CNN Films documentary directed by Miller and Sam Pollard. The 95-minute documentary will be released theatrically this month (on Friday in New York, Dec. 10 in Los Angeles). The film will later have its broadcast premiere on CNN before landing on HBO Max next summer.

While the tennis success of Ashe has been widely documented — he remains the only Black male tennis player to win singles titles at the US Open (1968), the Australian Open (1970) and Wimbledon (1975) — Citizen Ashe deeply explores Ashe’s life as an activist and as a patriot (Ashe was commissioned as a second lieutenant in the United States Army and was assigned to the U.S. Military Academy at West Point at the time he won his first Grand Slam title at the 1968 US Open).

“People will also learn that, off the court, he was a very, very serious civil rights activist in his own way,” said Pollard, a multiple Emmy winner whose resume includes his work as producer and supervising editor for When the Levees Broke, the 2007 Spike Lee documentary. “He did it differently than Muhammad Ali or Jim Brown or Kareem Abdul-Jabbar, which is important to show that African American people aren’t monolithic and can approach things in very different ways and still have a major impact.”

While those never-before-seen images help capture the physical essence of Ashe, the documentary includes interviews with Ashe’s wife, Jeanne Moutoussammy-Ashe, tennis legends Billie Jean King and John McEnroe, and sociologist and civil rights activist Harry Edwards, who all help shape the story of how a Black tennis player who came of age while playing in an all-white environment grew to gain his voice to publicly challenge the issue of racism in sports and society, a battle that he was once reluctant to openly address.

Citizen Ashe highlights the internal struggle for Ashe: He went from growing up in Richmond, Virginia — a Southern city where Black people were viewed as less than — to mastering a predominantly white sport that led to a scholarship at UCLA, where he occasionally dated white women, an act that could have gotten him killed back home.

All the perks afforded Ashe for being a tennis star — the ability to comfortably exist in white environments — were in direct conflict with the activism lane that some of his friends and civil rights leaders desperately wanted Ashe to enter.

“Harry [Edwards] reached out, he was hoping Arthur would be like Jim Brown, Kareem and Ali, who were vocal and jumped into the fray of activism,” Pollard said. “Arthur wasn’t ready to do that. He was focused on establishing his tennis bona fides.”

When Ashe eventually stepped into the fray, his disarming demeanor proved effective.

“If Harry went into a room, everyone was afraid of him because he was so radical,” Pollard said. “Arthur could go into a room and really make a difference.”

Added Miller, whose Jamaican mother once played a tennis match against Althea Gibson: “Arthur could go into the stuffiest white country clubs and engage with Republican leaders of business. Some people might have called him a sellout. We always looked at him as more of an undercover operative.” 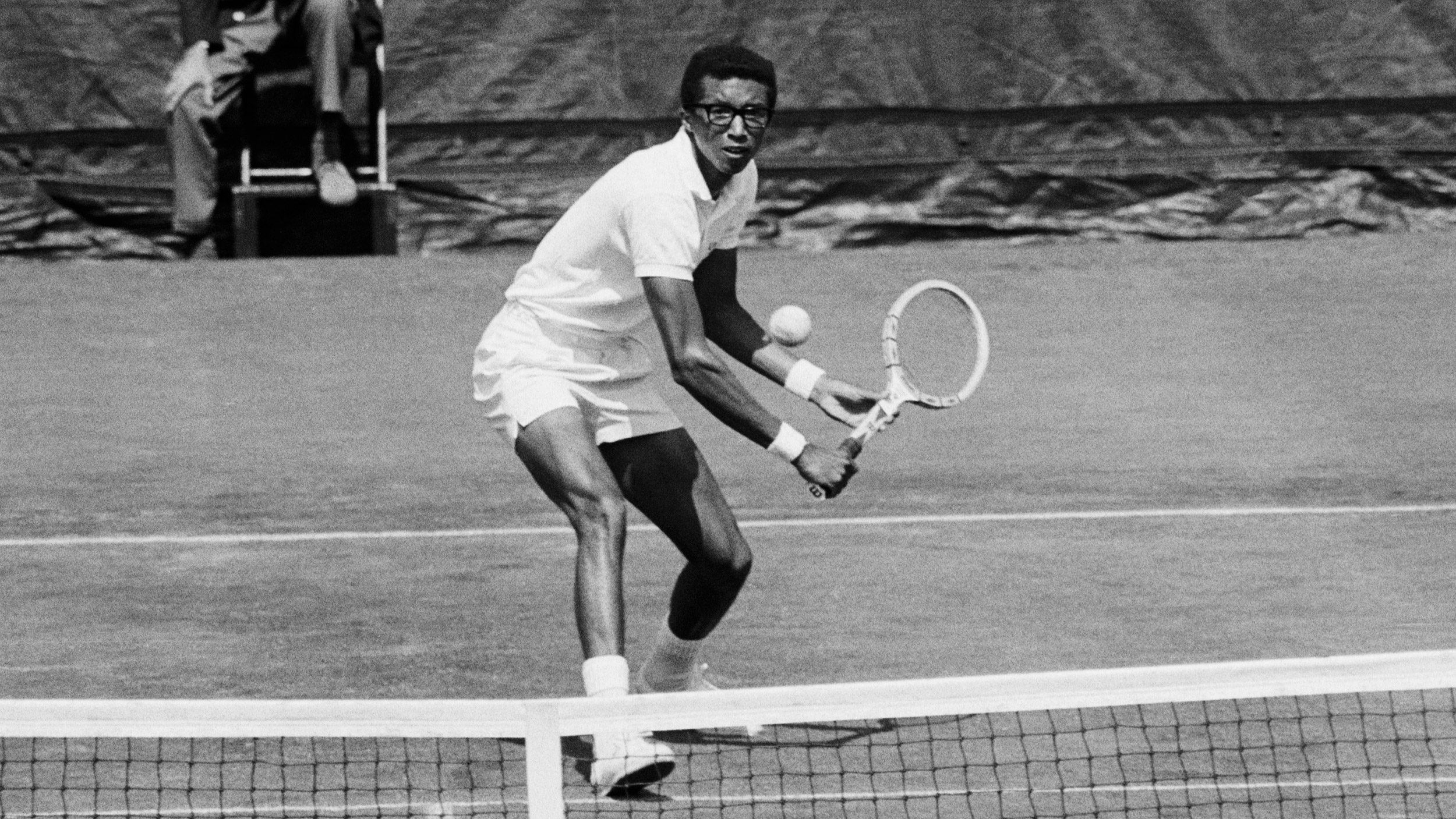 Citizen Ashe is buttressed by hearing Ashe’s voice leading viewers through his journey. Much of that sound fell into Miller’s lap through a discovery of 1,000 pages of transcription in the Arthur Ashe archive of the interviews conducted by author Arnold Rampersad during the process of writing the 1993 book Days of Grace: A Memoir.

“I reached out to Arnold and asked him if he, by chance, still had the tapes and he told me he’d look in his attic,” Miller said. “A few days later he called and said, ‘I have 33 microcassettes. What would you like to do?’ ”

What resulted was months of going over the content, digitizing the tapes and shaping the content into Citizen Ashe, which Miller originally intended to release in 2018. “That would have been the 50th anniversary of the US Open win in 1968,” Miller said. “With the assassination of Martin Luther King Jr. and Robert Kennedy in 1968, the protests of the Vietnam War all happening that year before he won the Open, Arthur knew it was time for him to talk.”

Although Ashe may have been late to the activism game, the documentary chronicles how he was on time with bringing light to apartheid in South Africa and the imprisonment of Nelson Mandela.

“What I learned in making this film was how he was such an active man off the court,” Pollard said. “I never really knew about his commitment to erase apartheid in South Africa, his commitment to get into the fight against AIDS when he was diagnosed. That was eye-opening for me.”

Miller hopes the viewers of the film will have their eyes opened as well.

“This film is so perfect for right now, because Arthur was always symbolic of bringing everybody to the table,” Miller said. “I’d like people to walk away with a few things from Arthur’s favorite concepts: ‘Start where you are, use what you have, do what you can.’ Those are very pertinent words today.”