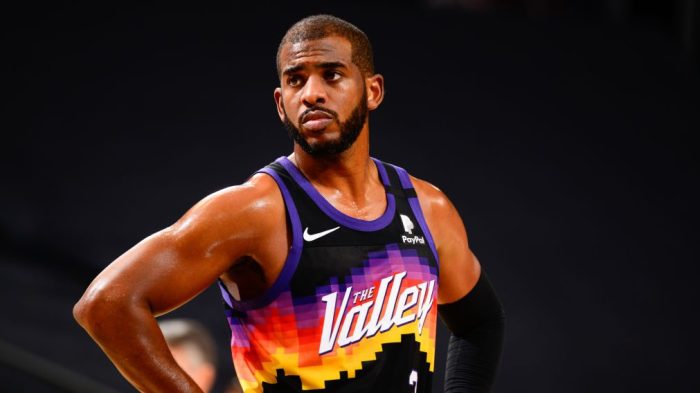 Phoenix Suns guard Chris Paul is continuing to put the spotlight on historically Black colleges and universities (HBCUs) with the arrival of a new college basketball tournament, ThePowerBloc has learned.

Paul and the Basketball Hall of Fame have partnered in the development of the Chris Paul HBCU Tip-Off on Nov. 22-23 at the Mohegan Sun Casino in Uncasville, Connecticut. The two-day doubleheader will feature HBCUs Morehouse College, Virginia Union, West Virginia State and Winston-Salem State. The games are also expected to be televised nationally, a source said.

“I appreciate the collaboration of the Basketball Hall of Fame and Mohegan Sun in hosting this inaugural event,” Paul said in a statement. “With several family members and friends who have attended HBCUs, I know firsthand how important they are to our community and country’s future. I’m excited to offer an elevated experience to the players and fans this November.”

Paul has been a champion of HBCUs – he regularly wears Black college gear to NBA games and currently attends Winston-Salem State to study for a bachelor’s degree in communications.

The 11-time NBA All-Star partnered with Harvard Business School to bring its Entertainment, Media and Sports program to North Carolina A&T and other HBCUs, creating the Special Topics in Management course to develop a career pipeline for students. The Winston-Salem, North Carolina, native raised awareness through his HBCU Sneaker Tour and launched voting initiatives to encourage students to vote in the 2020 election. He executive produced ESPN+’s Why Not Us, a documentary about North Carolina Central’s men’s basketball team. Paul partnered with Sour Patch Kids and the Thurgood Marshall College Fund to create the Mischief for Change Scholarship, a college scholarship fund with a $1 million commitment over the next five years for HBCU students.

“Chris Paul has shown unwavering support for HBCUs and brought an awareness to creating opportunities for the student-athletes at these institutions,” John L. Doleva, president and CEO of the Basketball Hall of Fame, said in a statement. “The Hall of Fame is proud to share in Chris’ vision and bring this event to life at beautiful Mohegan Sun Arena.” 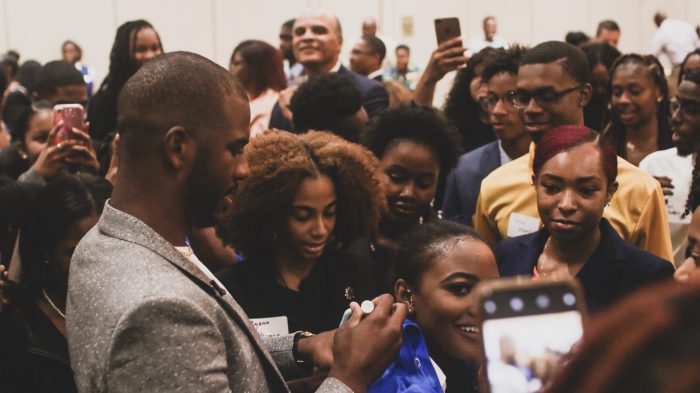 “This is a great honor to be invited to the Chris Paul HBCU Tip-Off with some of the best HBCUs in the country. It will also be a great opportunity for our young men to tour the Basketball Hall of Fame in Springfield, Massachusetts, right after my teammate and Virginia Union’s very own Ben Wallace goes into the Hall of Fame in September. I would like to thank Chris Paul for continuing to give HBCUs the opportunity to showcase our prestigious schools on the biggest stage,” Virginia Union coach Jay Butler said in a statement.

Said West Virginia State head coach Bryan Poore: “We owe this privilege to the great players from WVSU who came before us and in particular the trailblazing NBA pioneer Mr. Earl Lloyd. Participating in this event will be something our players will remember for the rest of their lives.”