Chris Harrison, longtime host of dating reality TV show and contest, “The Bachelor,” apologized to Black people and announced he was taking a leave of absence following accusations of racism stemming from a recent interview.

“I have spent the last few days listening to the pain my words have caused, and I am deeply remorseful. My ignorance did damage to my friends, colleagues and strangers alike,” he began his statement with before adding later:

“To the Black community, to the BIPOC community: I am so sorry. My words were harmful.”

Read his full statement below.

According to TMZ, a recent interview with Rachel Lindsay, the first Black woman to star in spinoff show, “The Bachelorette,” set off the latest controversy over racism for the franchise.

A white contestant on the Bachelor attended a college Antebellum plantation party celebrating the old South, and Chris Harrison the host – carried his pale ass on TV and went FULL MAGA. pic.twitter.com/adSzSgSL61

An online petition was posted following the interview this week claiming that Harrison defended a white woman on “The Bachelorette” for “dressing up as a Plantation Mistress at an ‘Old South’ party that took place on a plantation in Georgia in 2018.”

The petition goes on to say that Harrison “repeatedly dismissed Rachel Lindsay’s counterpoints regarding what role she would have played at such a party as a Black woman and that racism has always been wrong. It didn’t start becoming wrong in 2020. Chris went in to equate people labeling others as racist to be just as bad as those who commit racist acts. He also exclaimed that the ‘woke police’ are asking people to live up to impossible standards.”

Lindsay sounded off about the topic during an interview with Van Lathan.

The petition, which explicitly rejected an apology and called for a new host, also listed what it described as previous instances of Harrison’s “blatantly bigoted comments.”

Harrison has been hosting the “Bachelor” TV franchise since 2002.

This is far from the first time “The Bachelor” franchise has been mired in a controversy over racism.

For many years, “The Bachelor” gained a reputation for excluding Black men to star on the show. Back in 2011, NewsOne described it as an “unofficial ban.”

In 2012, two African American men announced their plans to sue “The Bachelor” for people of color being denied equal opportunity to be cast on the show.

It was only in June 2020 when the show got its first Black “Bachelor.” 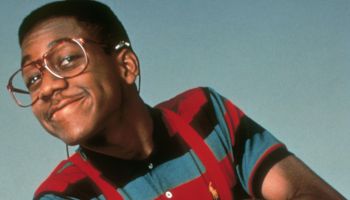