If there is one thing that Morehouse knows how to do, it is how to celebrate itself.

A school rich in history and tradition understands the value a little self-love can have, especially when it comes to Black people. Too often Black History Month is reduced to remembering Black struggle and the injustices that have plagued Black people throughout our time in this country. What Morehouse taught me is that as important as it is to remember the challenges of those who came before us, Black History Month should be about celebrating their achievements as well.

From the moment I stepped foot on campus, it was clear that Morehouse wasn’t going to teach me about Blackness the same way that public schools did. The narrative of Black stories wasn’t told through the gaze of a white America, which wants to hinder a lot of the progress. It was told through the eyes of those who worked tirelessly to position themselves to be the change they wanted to see in the world. It was the first time I learned about Blackness through the eyes of Black people, and not just as the antithesis to whiteness.

I had the opportunity to read first-person archives about the Atlanta Student Movement, the work that college students the same age as me put in to better their community, hear the stories about LGBT activists whose work during the civil rights movement went unheralded, and had the opportunity to speak with Black pioneers at the forefront of their industries.

So much of our history in this country is turmoil over triumph, and Black pain is commodified and equated to Blackness as a whole. My historically Black college and university (HBCU) taught me that there is nothing noble about telling the same old stories of Black pain and suffering without focusing on Black excellence and success. The narratives of Black people are dynamic, and they are filled with wins and losses like anyone else, but only focusing on the losses does a disservice.

My HBCU taught me that there is nothing noble about telling the same old stories of Black pain and suffering without focusing on Black excellence and success.

That is not to say we shouldn’t celebrate those who overcame the limitations that society placed on them, after all, the stories of Martin Luther King Jr. fighting against state-sponsored racism are the most heroic tales in all of American history. It just means that we celebrate who our heroes are and were, not just the obstacles they overcame. Triumphant and unabashedly HBCUs let it be known how proud they are of their history, and that Black achievement is not something that they take lightly.

We have had plenty to celebrate in my time at Morehouse, too, as we have seen multiple people from the Atlanta University Center Consortium rise to the occasion, including Keisha Lance Bottoms from Florida A&M becoming the mayor of Atlanta and Randall Woodfin of Morehouse becoming the first Black mayor of Birmingham, Alabama. We even cheered for a former Howard student when Sean “Diddy” Combs was presented the Phoenix Award from the city of Atlanta in the center of the quad.

It didn’t dawn on me how much these celebrations were needed until 2020. Since March 2020, I have been a virtual student and have not had the chance to enjoy all the achievements of Black people with my classmates. I lost my last year and a half of college because of COVID-19, and have missed out on momentous moments that I will never get back. 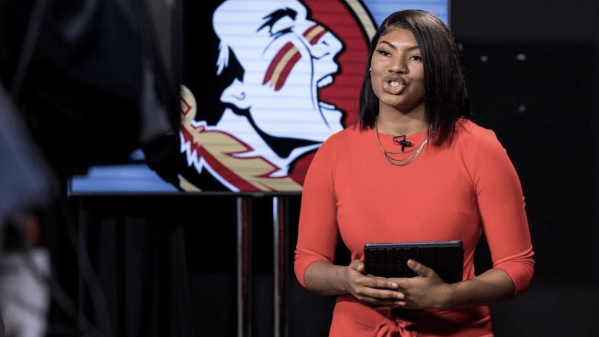 My HBCU experience has been life-changing Read now

A Black woman from an HBCU won the vice presidency of the United States, and instead of being able to recognize this great moment in our country’s history with the rest of my friends from school, we were only able to send congratulatory messages over social media. COVID-19 has lessened the impact of what winning really means.

The importance of celebrating what HBCUs do is to remind us that there is hope, and without that reminder, we can get wrapped up in the world and not take time to appreciate everything that we have put into it.

Instead of the main campus of Morehouse being flooded with excited students, we were all at our respective homes worrying if this was going to be the solution to fixing a virus that has ravaged Black communities.

We were hit with so much so quickly that it became hard to imagine that there was anything good happening in the world as well, and because of that a lot of us lost hope. The importance of celebrating what HBCUs do is to remind us that there is hope, and without that reminder, we can get wrapped up in the world and not take time to appreciate everything that we have put into it.

In a year during which we lost so many people and had to endure isolation from most of our family and loved ones, celebrating those joyous moments was more important than ever. We weren’t able to do so in one physical location, but as this pandemic continues, it is important to make sure that we do so where we can. Black history is made every single day, and if we don’t celebrate, too much of it will be lost.

John Wall returns to Washington, where he deserved a better ending —