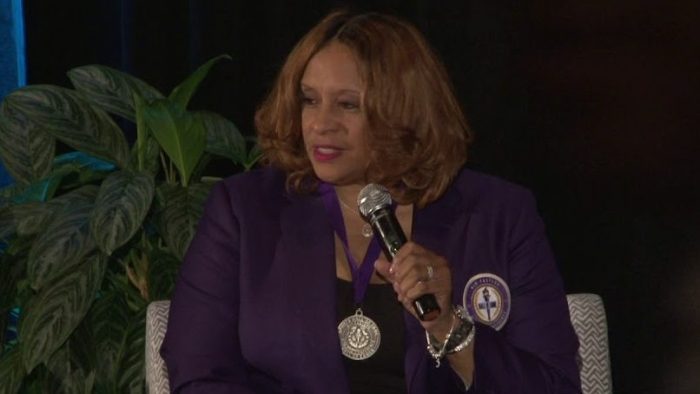 When Ivana Rich received a call Oct. 21 offering her the role of associate vice president and director of intercollegiate athletics at Edward Waters University in Jacksonville, Florida, she was ready to embrace the new opportunity.

“For me to get that call, I don’t know, I was really in awe, overly excited and feeling proud,” Rich said.

Rich, who is the 10th athletic director in the school’s 156-year history and the first woman in the role, did not always envision herself in this position.

When she was an undergraduate student at Virginia Commonwealth University, she initially wanted to become a doctor but later changed her mind, deciding to become a judge. After she graduated in 2010 with a criminal justice degree, finding jobs within her field proved challenging. Soon afterward, she landed a volunteer assistant coaching position at Chowan University, where her athletic career began.

“I kind of knew that I had found my calling, that I was going to have a career in athletics from there, because it came natural to me,” Rich said. “I was instantly passionate about it. I loved working with the student-athletes. I found a way to really mold them and mentor them, and I just loved that aspect about it.”

During her tenure at Norfolk State, Rich and LaTrese Barker, who worked as the athletics academic coordinator, were able to revamp the academic support department.

“We really provided a more efficient structure and then just figured out how to best support the student-athletes academically,” Barker said. “[Rich] created an academic boot camp where someone was one-on-one with those more at-risk student-athletes who may have documented learning disabilities or just might need a little extra support from that perspective.”

Rich’s work – and her approach to it – won fans.

“I admire her ability to foster an environment in which you feel understood, heard, and supported,” said Norfolk State assistant academic coordinator Bria Anderson, who worked under Rich with several other colleagues to improve academic support for student-athletes.

“We were a dream team, we were so productive, but we had fun while doing it,” Anderson said. “Dr. Rich allowed us to have a space where there wasn’t a lot of pressure, but there were great expectations. She would never have people doing something so grand if she didn’t know how to do it, how to help or who to call to help.”

“My No. 1 goal is to make sure that we transition successfully into Division II,” Rich said.

“My first step is evaluating the resources we have and see where we can add more, just ensuring that my student-athletes have the resources to be successful, whether that be academic support, tutors, advisers, as well as mental health resources,” she said. 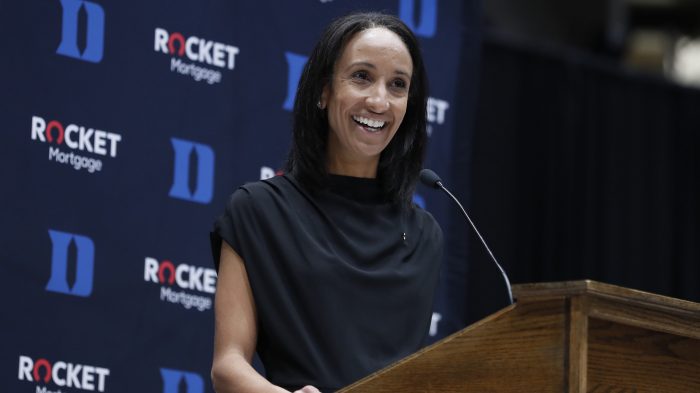 Rich said there are approximately 535 student-athletes and 16 intercollegiate varsity sports at Edward Waters. Rich plans to bring in a mental health counselor to train staff and coaches on mental health first aid training to proactively address the mental health crisis in society.

Rich said her motivation stems from her 6-year-old daughter, Melanie, and her mother, Dr. Michelle Belle, whose footsteps Rich continues to follow: Her mom was the first person in their family to earn a doctorate from Virginia State and is currently a faculty member there. They both share a passion for working at historically Black colleges and universities.

For Black women looking to work and excel in the sports industry, Rich advises: “Be the best version of yourself every day.”

“I think we often put a lot of undue pressure on ourselves, and I think that’s almost natural,” Rich said. “But I think we have to, No. 1, understand and have the confidence that we can do the job. And when I say do the job, that’s any job that is presented to us – we should always be preparing for our next role in the current role that we’re in.” 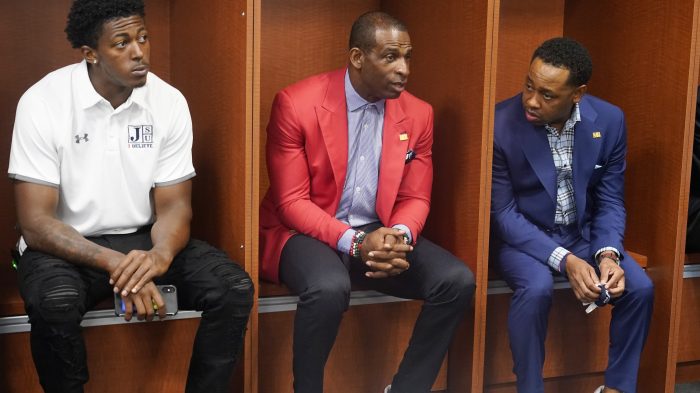 Rich leaves a lasting impact on those she interacts with, according to those who have worked with her – or played for her.

“She’s definitely one of the best coaches I’ve played for in my career,” said Whitley Bradley, who played volleyball for Rich as an undergrad at Virginia State and currently works as student-athlete engagement coordinator for leadership and personal development at Texas A&M University. “To this day, I still connect with her, and I always tell her that I’m following in her footsteps. I’ve literally played volleyball, I coached volleyball, and now I work in athletics as an athletic administrator.”

“A lot of the things that I do are similar to what she does because, no matter the situation, she addresses it with class and elegance. And then she’s quality,” Anderson said. “I’ll always say that HBCUs and the work she’s done for them matters. HBCU students deserve this quality. I’m glad that she’s still in this space helping out HBCUs.”

Alexis Black is a senior multimedia journalism student from Prince George’s County, Maryland. She is a contributor for The A&T Register, a student reporter for Aggie News and a student-athlete with N.C. A&T’s cheerleading program.