A couple of weeks ago, Jay-Z took to Twitter Spaces to answer a few questions and ended up talking about the potential for a Verzuz matchup. His answer was to the point: “It’s not a chance in hell that anyone can stand on that stage with me.” As is generally the case with Jay-Z, most of his fans took his word as gospel, declaring it virtually impossible to beat him, even if there are some formidable opponents out there.

Well, I decided to do some scouting to see who might be able to compete with Jay-Z in a rap-only Verzuz. (I stuck to rap because I’m not sure Jay-Z is the most unbeatable musician in his own household.) Here are our odds that some of the names circulating on social media have at dethroning the King of Rap.

Future has thrown his own name into the ring as someone who could challenge Jay-Z. Um. We admire the ambition. Look, Future has some iconic songs. There may have not been a more popular club song from the last decade than “March Madness.” But he’s really punching above his weight class here. 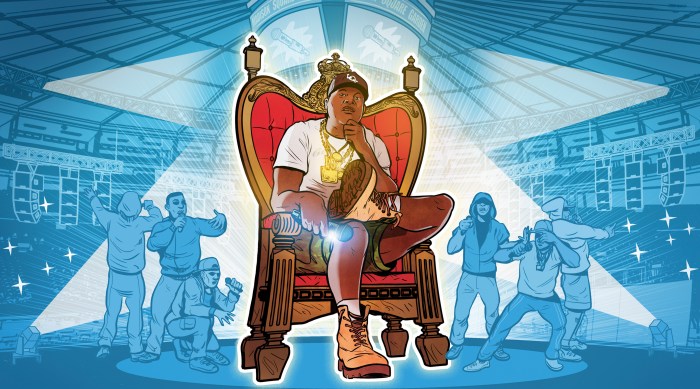 Why Jay-Z wins — This answer could apply to most of these contenders: “Because he’s Jay-freaking-Z.”

At first blush, you might want to disregard Rick Ross because he’s never been regarded as the greatest of all time. But he’s put out 11 albums in 15 years. He’s got a lot of songs to choose from and some tracks that resonate with fans of deeper cut, too. Sure, his odds are long, but there’s a puncher’s chance here.

X factor — Ross brought out a stripper against 2 Chainz. Maybe that can win him some votes if he does it again?

Why Jay-Z wins — He does everything Ross does but at a higher level. It’s like Clyde Drexler vs. Michael Jordan. One is a Hall of Famer. Another is the GOAT.

I once saw Busta Rhymes at a Rock The Bells concert and he performed for about an hour doing only one or two verses from each of his hits. That’s how expansive his catalog is. Busta Rhymes has two decades of songs that will tear the roof off of any building. And he and Jay-Z used to battle in high school, so this could be a full circle moment.

X factor — If Busta Rhymes can bring out Spliff Star and overpower Jay-Z with the sheer force of his energy, then he can steal a few rounds.

Why Jay-Z wins — Jay-Z has a wide breadth of tracks that can offset Busta Rhymes’ energy. Jay-Z isn’t a live show slouch himself. Plus, when he gets into his bag of classic album cuts, it’s hard to compete.

Jay-Z once rapped that the only acts making money were “Em, Pimp Juice [Nelly] and us.” So he knows the type of capital Marshall Mathers claims. Eminem’s greatest hits collection is the first rap album to sit on the Billboard charts for an entire decade. He’s one of the few rappers who has the same name recognition as Jay-Z, if not more. 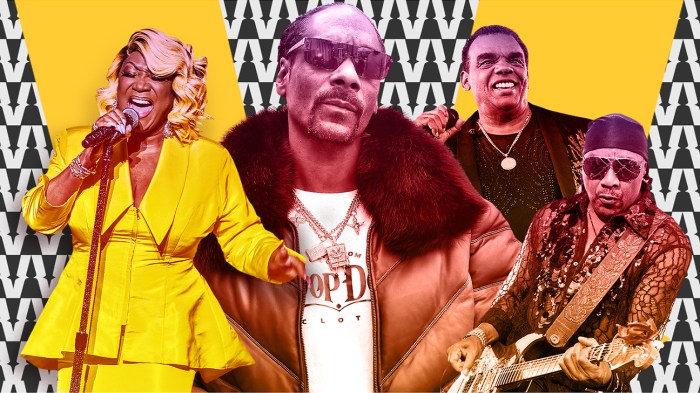 How Verzuz is bridging the musical generation gapRead now

X factor — If they get into an actual freestyle battle, Eminem might win.

Why Jay-Z wins — Consistency. Eminem’s run was a supernova at the turn of the century, but he hasn’t sustained the same level of accomplishment as Jay-Z over the past two decades.

LL Cool J may be rap’s first big solo megastar. He dominated the late 1980s and early 1990s and has positioned himself comfortably as a Hollywood mainstay. Kids may only know LL Cool J for his acting, but his prime as a rapper is largely untouched. Add in the fact that he and Jay-Z had some actual tension back in the early 2000s when Jay-Z was the CEO of Def Jam, and you have the makings of a compelling battle.

X factor — LL Cool J is a master performer. His 1991 MTV Unplugged performance is one of the most iconic in TV history. If he can channel that energy and the Verzuz takes place at Essence Festival or someplace where there’s a substantial Generation X crowd, he can do this.

Why Jay-Z wins — LL Cool J’s run was mostly through the 1980s and 1990s. And while it’s one of rap’s legendary runs, it’s not enough to compete with someone whose recording excellence is still ongoing. I’d love to see LL Cool J against someone, though.

This is the battle people have been clamoring for the most obvious reasons: The two had one of rap’s biggest rivalries and have been joined at the hip since. The good thing is they’re buddies now and would really make magic on stage together. Nas has maybe rap’s most-loved album in Illmatic and is still going strong, so longevity isn’t a problem for him.

X factor — Nas would have to go below the belt here. If he performed “Ether,” the famous diss track that almost decapitated Jay-Z in 2001, then he could win for sheer audacity, no matter what the other 19 songs are.

Why Jay-Z wins — Hits. Jay-Z has chart-topping smashes that Nas can’t compete with. And he has a lot of them.

Missy Elliott hasn’t really been in the Jay-Z conversation because it’s kind of a style clash. However, she’s been in plenty of Verzuz hypotheticals. (My vote is for her to face off with Q-Tip or Busta Rhymes.) Missy Elliott is one of the most influential artists of our time and has a catalog with a list of formidable top 20 tracks. 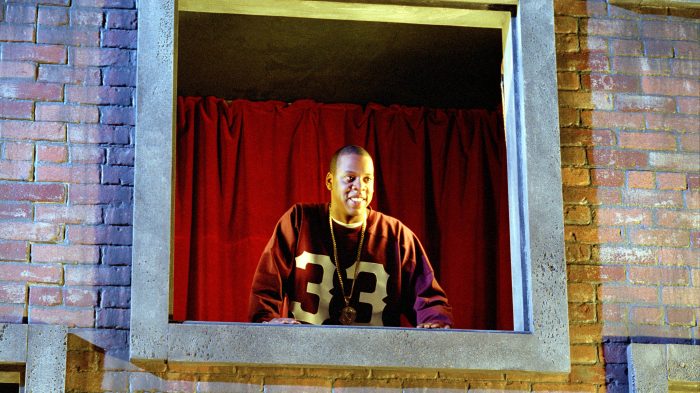 X factor — Missy Elliott is so creative that she could come up with an out-of-the-box way to sway things in her favor. Maybe a new stage set for every song.

Why Jay-Z wins — Again, Jay-Z’s catalog is just too hard to top. He has so many bags to dig into and too much longevity.

Drake has the most top 10 songs in Billboard history. He seems to just burp out songs that dominate radio and social media. Hit for hit, he’s clearing just about anyone. When all the Verzuz hoopla started, I’d argued that Drake was the most unbeatable star there was. But Jadakiss changed the metric for a winning Verzuz formula by stealing the show against Dipset with lyricism, street anthems and freestyles. Now you need more than hits. Can Drake adapt to the new model?

X factor — If there’s a (very) young or mainstream crowd that’s just there to scream “YOLO,” then Drake could steal this. Or maybe if it aired on TikTok.

Why Jay-Z wins — Drake can roll out his hits but he lacks the classic albums and moments that will stick to your ribs. Jay-Z can play some B-sides and non-singles that have made him a legend, and Drake just can’t hold up.

Kanye West has been responsible for some of the biggest hits of the 21st century. Not only does he have his own songs such as “Gold Digger” and “Stronger,” he’s produced hits for other people, such as Alicia Keys’ “Unbreakable.” And let’s not forget that he’s been behind the boards for many of Jay-Z’s most beloved songs of the past 20 years. His catalog is a monster to compete with.

X factor — The guest appearances. If fans don’t think it’s cheating, West can lean on his production chops and have a slew of guests join him on stage. He’d have to bring some real A-listers and basically hope they can team up against Jay-Z like he’s Thanos.

Why Jay wins — Much like Drake, West has a ton of hits, but he doesn’t have the type of rap classics that would woo a Madison Square Garden crowd. I just don’t think West would have an answer for something like “D’Evils” or “U Don’t Know.”

Lil Wayne has the best odds to take on Jay-Z ’cause he checks a lot of the same boxes Jay does. Lil Wayne has plenty of iconic mixtape verses. He has megahits and chart-toppers. He even has a song with Beyoncé (and “Motivation” with her Destiny’s Child bestie, Kelly Rowland). Let’s also not forget that Lil Wayne’s catalog goes back to the 1990s with his Hot Boys crew, only a few years after Jay-Z’s debut. If anyone has a puncher’s chance, it’s Lil Wayne. 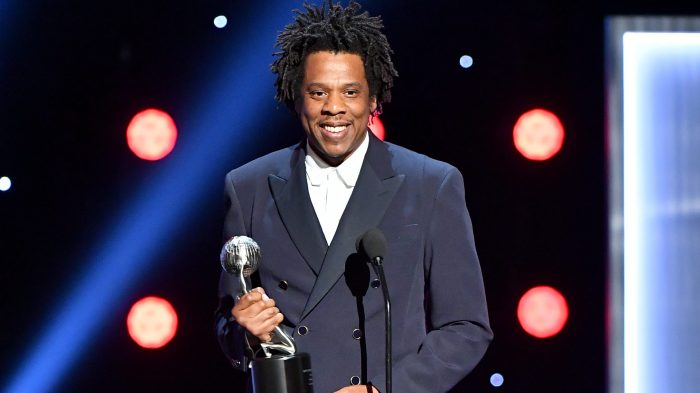 X factor — Location, location, location. One of the things that complicates this matchup is regional biases. Each man is basically a deity at home (Lil Wayne in New Orleans, and Jay-Z in Brooklyn). Neither stands a chance in a road game. If this battle were to somehow happen south of the Mason-Dixon Line, it would get spooky for Jay-Z.

Why Jay-Z wins — It’s still tough to overcome Jay-Z’s catalog. Especially with the fact that Lil Wayne got so much of his style from Jay-Z and wanted to emulate him in the early 2000s. Anywhere other than the South, Jay-Z edges this one out.