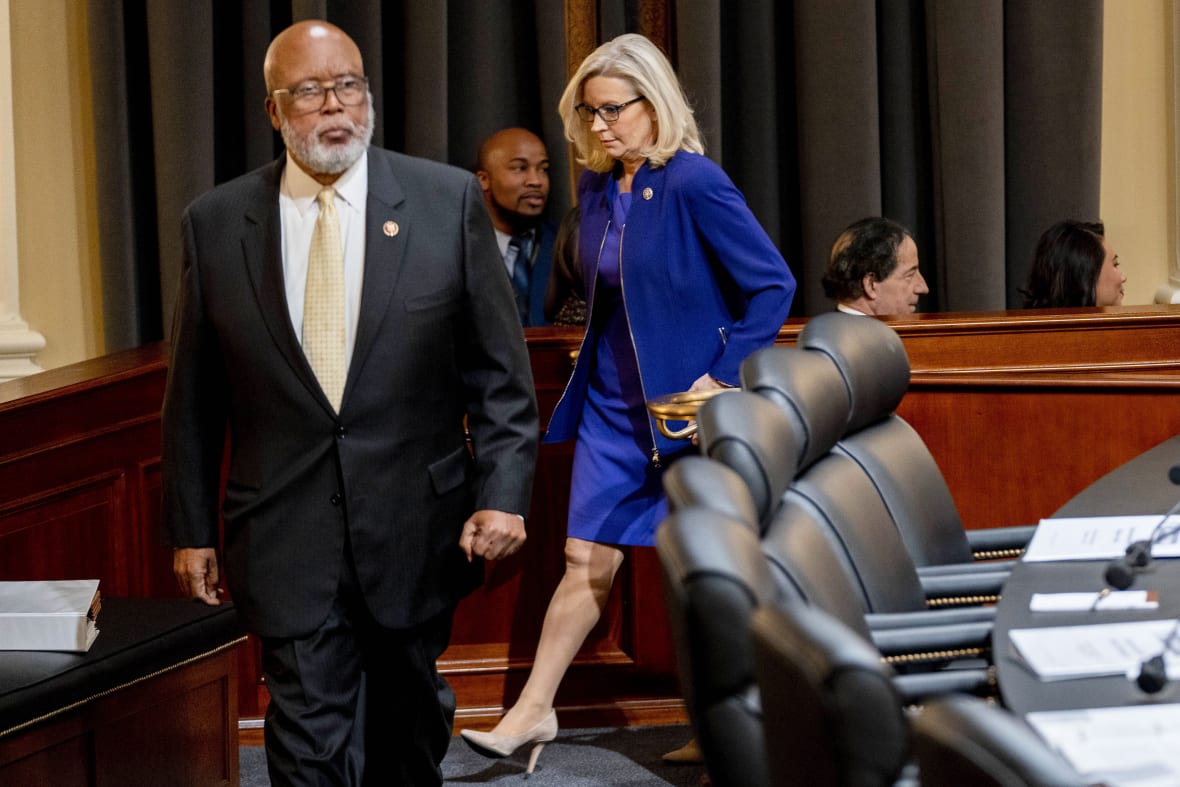 The Select Committee to Investigate the January 6th Attack on the United States is slated to release its final report to the public today.

The release comes just days after the committee recommended that the Department of Justice file criminal charges against former President Donald Trump, conservative lawyer John Eastman and other top officials.

On Monday, committee member U.S. Rep. Jamie Raskin, D-Md., revealed the proposed charges against the former president during the committee’s final hearing. The charges include obstruction of an official proceeding, conspiracy to defraud the United States, conspiracy to make a false statement and “incite,” “assist” or “aid or comfort” an insurrection.

U.S. Capitol Officer Harry Dunn, who stood guard outside of House Speaker Nancy Pelosi’s office during the attack, told theGrio, “There’s no way they could have followed the facts, as they stated, and not come to this conclusion” of suggesting criminal charges.

He continued, “I consider this a symbolic move because who is the ultimate authority that has the jurisdiction to do something about it? … the Justice Department needs to step up and do what they’re supposed to do.”

After the final hearing on Monday, Michael Fanone, the former D.C. Metropolitan police officer who suffered a heart attack while defending the U.S. Capitol, told reporters that the committee, “did a good job assembling the facts in a way that is palatable for less educated people like myself.” However, he noted that the committee’s “criminal referrals are just a piece of paper.”

During the hearing, U.S. Zoe Lofgren, D-Calif., said Trump not only violated several laws during the insurrection but he also infringed on the law when he took part in orchestrating the deadly attack in the weeks leading up to it. On Jan. 6, 2021, Trump provoked his followers to storm the U.S. Capitol in an attempt to stop Congress from certifying then-President-Elect Joe Biden’s victory.

Outgoing Republican Congresswoman Liz Cheney of Wyoming said, “Americans [were] persuaded by President Trump that the 2020 election was stolen by overwhelming fraud. We also knew this was false … our president would not accept the outcome … for hours he would not issue a public statement instructing his supporters to disperse or leave.” 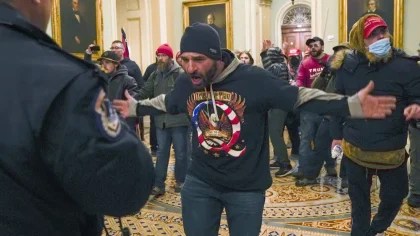 She continued, “During this time, law enforcement agents were attacked and seriously injured….this was an utter moral failure and a clear dereliction of duty.”

Despite the violent attack on the legislative branch of the U.S. government, the officers who risked their lives to stop it have been lauded as heroes. Committee Chairman U.S. Rep. Bennie Thompson, D-Miss., said, “Capitol Police, the Metropolitan Police and all the other law enforcement officers who fought to defend us that day saved lives and our democracy.”

Dunn told theGrio, “It’s still triggering for me. I still work in the Capitol, where the crime scene was. I work protecting the people, some of whom downplay what we went through.”

He continued, “It’s difficult to deal with, but I got to keep on going. One thing that has helped me through is I’ve been able to reshape my narrative and my thought process about what happened, and what my job and what my position is, and why I’m in this moment. I have to look at the bigger picture.”

Activist April Reign told theGrio that it’s “unfortunate that it’s taken so long, but I understand the wheels of justice turn slowly, but somebody needs to find the tin man’s oil can and speed things up a little bit.”

Officer Dunn told theGrio that he hopes the DOJ will file criminal charges against Trump.

“I can’t look at the evidence of what happened and fathom or reasonably understand how [the Department of Justice] could not” file charges against the former president, he said.

The ball is now in the DOJ’s court to decide whether justice will be served for the deadly tragedy that took place nearly two years ago.

How Diddy reinvented the remix — Andscape