By being himself, Big E changed the landscape for Black WWE superstars —

On Sept. 13, Big E became just the fourth Black WWE champion in the company’s history, and unlike those who preceded him, Big E didn’t have to be the bad guy or the underdog to make his victory feel special. All Big E did was be himself. And with that, Big E has changed the landscape for Black WWE superstars.

For years, Black wrestlers have been pigeonholed into characters such as mechanics, dancers, jokers and far too often criminals. Yet, Big E refused to be characterized by any stereotype or forced to remain in any one box. He made that point a year ago during an interaction with The Miz on the television show WWE Talking Smack following SmackDown.

“If I don’t understand what feels appropriate for me, I don’t deserve to be here,” Big E said during his back-and-forth with The Miz. “If I can’t trust my intuition and my gut, I don’t deserve to be here. I’m not saying I’m going to clown around, week in and week out. I’m not telling you that. Trust me, I have a barometer in myself. Trust me that I know when to steer the ship left or right, I know when to get serious.”

Their conversation started when Big E, who is seen as a lighthearted fan favorite, was challenged to be more serious if he wanted to be seen as a potential champion.

“I think that [show] opened some people’s eyes and I felt that way for a while,” Big E told . “It was one of the first times I had the opportunity to say it. I’m glad we had that opportunity to have that conversation. It didn’t make a whole lot of sense for me to be dark and brooding like so many other people. I feel like I just wanted to lean into what makes me unique and that is being me.”

The idea of changing his character to fit a stereotype didn’t sit well with Big E. In the ring, he can lift 300-pounders over his head with ease, but if a situation calls for a twerk session, he can do that too. He’s a complex wrestler, a complex person — and he’s now a world champion because of it. 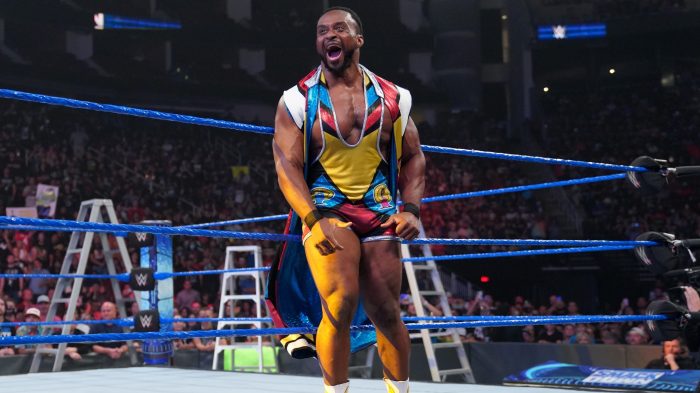 WWE superstar Big E on wrestling the past year: ‘This has been the most turbulent time of my life’Read now

“Representation is essential to me … I really hope that my [championship] win allows everyone to be inspired, but specifically young Black men and women who enjoy wrestling,” Big E told . “To think, ‘This is something that I can do and there won’t be obstacles in my way simply because I don’t look a certain way.’ Whether they want to wrestle or not, I just hope it allows people to say, ‘Hey, I’m not going to be put into a box, I’m not going to have to change who I am to get to where I want in life.’ If I can be that for people, I think that’s really beautiful and humbling.”

The freedom to be unapologetically Black isn’t a luxury wrestlers have had throughout history.

Those who grew up watching the WWE may remember the “Attitude Era,” a period in the late ’90s when the WWE was at its zenith. But as fond as those memories are, there weren’t many Black performers headlining the events and the pay-per-views or challenging for the main title. When The Rock became the first Black WWE champion in 1998, he did so as a heel, or a bad guy, for those unfamiliar with wrestling terminology. It’s a theme seen throughout professional wrestling. Black talent is often paraded as heels to generate a reaction from crowds. As though there’s something ingrained in our culture that says Black people are easier to be feared than cheered.

Big E’s faction The New Day actually began as heels. WWE crowds took a liking to Big E and his tag team partners Kofi Kingston and Xavier Woods, turning them into good guys or what wrestling calls babyfaces. Since their formation in 2014, Big E & Co. began a run unlike any other. They are among the most decorated tag team in WWE history, but there was still more to achieve.

Still, there’s a prestige to having a run as a singles competitor and it didn’t take long into his career, which started in 2012, for fans to clamor for Big E to get his shot at gold. It turns out that his stablemate Kingston would reach the pinnacle of the company before Big E.

Twenty-one years after The Rock became the first Black champion, Kingston captured the WWE title at WrestleMania 35. It took several months, but Kingston went from prototypical underdog to title victory. Now dubbed “KofiMania,” the victory was a clear celebration of an overdue acknowledgment of diversity at the top of the company. As members of the WWE universe in the arena and across the world celebrated, Big E rushed to the ring to join Kingston. There was no jealousy, no envy, no impatience; there was a genuine sense of joy for his friend. 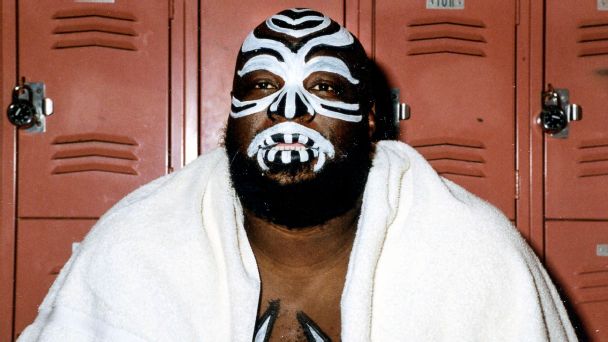 The WWE audience didn’t have to wait another 21 years to get its third Black WWE champion. On March 1, Bobby Lashley became WWE champ. Like The Rock, Lashley won the title as a heel, but he was unique in his own right. Lashley wasn’t a slick talker and didn’t berate his opponents on the mic. He showed up in the ring and let his actions speak for themselves. That’s now three Black champions, three extremely unique paths and personalities.

That brings us back to Big E. His path to the top wasn’t as clear, but in late 2020, the opportunity for solo success appeared. For the first time in seven years, Big E found himself separated from his New Day brothers. He wasted no time capitalizing on the opportunity.

Big E won the WWE’s version of the lottery in July — in the form of the Money in the Bank briefcase. The briefcase awards its holder the ability to challenge the WWE champion at any time.

“I was tired of walking around with that damn briefcase,” he said. “I stopped checking bags because things are chaotic at airports and it’s difficult to fit into my bag. So, I said, ‘I’m tired of this, let’s make it tonight.’ ”

He made good on that opportunity by challenging Lashley on the Sept. 13 episode of Monday Night Raw. In the closing segment of the show, Big E took advantage of an exhausted Lashley to become the fourth Black WWE champion in history. As you can imagine, the emotions flowed.

“When that Wale tune hit that I come out to and people lost it, that was really beautiful,” he said. “That’s what makes that moment special to me. That pop, that reaction. One of the biggest things to me is just getting back to everyone, all of the missed texts. I had 144 missed texts. … Not to mention all the DMs. Everyone has just been so overwhelmingly positive and kind.”

Big E has shown the ability to combine the best of the previous three Black champions. He can command the microphone with the best of them, which was a staple of The Rock. He has the fun-natured appeal of Kingston and the raw power of Lashley. A combination tailor-made for success in the WWE, yet it took almost a decade for him to reach the mountaintop. The journey was well worth it.

“There was a video of someone sitting higher up in the stands, panned out, and you can see just how fast Woods and Kofi are sprinting to the ring. That’s what I appreciate,” Big E said.

As Big E builds on his title reign, he now changes the narrative for Black champions. For more than five decades, white male champions have been able to portray whichever character they choose. Shawn Michaels had a ladies’ man gimmick, Bret Hart was the ultimate technician, Steve Austin was anti-authority, John Cena was a rapper-turned-American hero. The canvas for them has been a blank slate, but Black wrestlers have been saddled with limited characters and stereotypical tropes. Big E has broken past that and hopes to usher in a new era.

“I love that we can look around inside of WWE and outside of WWE and see this real depth of Black wrestlers that are really dope, and there’s so many of us,” he said. “And I hope we get to a point where it’s just normal.”

For now, Big E is focused on defending his WWE title against all-comers. His first successful defense came against former champion Lashley on the Sept. 27 episode of Monday Night Raw. That win was the first of many benchmarks on his journey to redefining the perception of a WWE champion.

Kel Dansby is a social media specialist; focusing on the ESPNRingside boxing accounts. He’s also a contributor to . He primarily writes about boxing, MMA and pro wrestling. His love for combats sports was sparked by his grandma Julia, who used to purchase boxing and pro wrestling pay-per-views for him when he was a child.