The first-round series between the Milwaukee Bucks and Miami Heat has many storylines: After two seasons of early playoff exits despite having the No. 1 seed, and the two-time league MVP, can the Bucks finally make a run to a championship? Can the Heat, who took care of the Bucks in five games last year and made it to the Finals, rebound after an injury-plagued season? But there’s one more subplot that hasn’t received much attention: the series’ Nigerian influence.

Between the Bucks and Heat, there are nine players who were either born in Nigeria or have at least one parent who was. While the league does not track the number of players from a specific country in individual games, an NBA spokesman said this may be the largest number of players of Nigerian origin to appear in the same series.

“Wow, that’s amazing,” said Giannis Antetokounmpo when told about the number. “That speaks a lot about the talent that comes from Africa.” 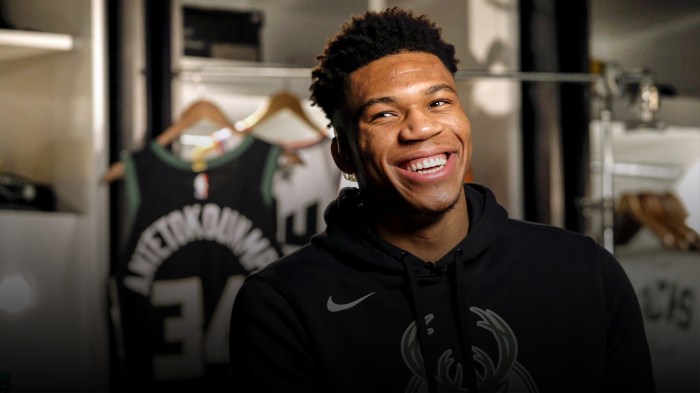 The series will also feature two other players of African descent: the Bucks’ Mamadi Diakite (Guinea) and Axel Toupane (Senegal).

In 1984, Hakeem Olajuwon started a trend, becoming the first Nigerian- and African-born player to be drafted into the NBA, going No. 1 to the Houston Rockets. That helped lead to an influx of players of Nigerian origin, including fellow No. 1 overall picks Michael Olowokandi (1999) and Deandre Ayton (2018).

According to the NBA, there have been more than 100 players of African origin who have played in the league, including a record 14 players born on the continent who were on opening-day rosters at the beginning of the 2020-21 season. More than 25 players with Nigerian origins were on opening-day rosters, including the Toronto Raptors’ OG Anunoby and the Detroit Pistons’ Jahlil Okafor.

The uptick in Nigerian players in the NBA mirrors immigration patterns in America. According to the Migration Policy Institute, the Nigerian immigrant population has increased by more than 770% since 1980, which doesn’t account for the children of immigrants born in the United States. (Olajuwon played his first season at the University of Houston in 1981.)

The substantial number of Nigerians playing in this series – and in the league at large – is a byproduct of the NBA’s effort to expand its product across Africa. The league’s presence began in 2003 when its first Basketball Without Borders camp was held in South Africa. It has since opened NBA Africa offices in Johannesburg and the NBA Academy Africa in Senegal. The inaugural season of the Basketball Africa League (BAL), a partnership between the NBA and the International Basketball Federation, tipped off on May 16.

“There has been a long history of talented players from Nigeria in the NBA, starting with Hakeem Olajuwon, who became the NBA’s first African-born player when he was selected first overall in the 1984 NBA draft,” Victor Williams, the CEO of NBA Africa, wrote in a statement to . “Since then, the growing presence of African players in the league and the significant impact they are having on their teams has been remarkable.

“It’s great to see so many players with Nigerian heritage featured in the Heat-Bucks series. We are fortunate that the talented players from Africa also serve as incredible ambassadors for the sport on the continent and help inspire the next generation of African boys and girls.”

BAL president Amadou Fall told last year that the reason there were so many prospects of Nigerian origin in the draft was due to the country’s size, its “very strong diaspora” and the countrymen’s “God-given” talent.

The players’ shared Nigerian heritage can lead to friendships. Nnaji, drafted 22nd out of Arizona, said during the pre-draft process he was close with Oturu and Okongwu. Iguodala, who won three championships with the Golden State Warriors, has taken a liking to Achiuwa, the rookie out of Memphis.

Iguodala calls Achiuwa, born in Port Harcourt, Nigeria, the “authentic one of the bunch,” due to Achiuwa being the only Heat player who was actually born in the country. The rookie brought him Nigerian food recently.

“I think we all just embrace where we’re from,” Iguodala said.

While Giannis Antetokounmpo is the reigning two-time MVP, he has struggled when guarded by Adebayo in recent years. Antetokounmpo’s effective field goal percentage dropped from 59.4% to 39.1% this season when Adebayo was his closest defender, according to Second Spectrum.

“Against him it’s tough, challenging. Obviously plays with a lot of effort. He goes out there and he competes and tries to put his team and himself in a position to win,” Antetokounmpo said of Adebayo. “Going against guys like that is obviously always tough. But at the end of the day, you’ve got to love the challenge. Because that’s what basketball is about – that’s what life is about: seeing a challenge, facing the challenge and trying to overcome the challenge. 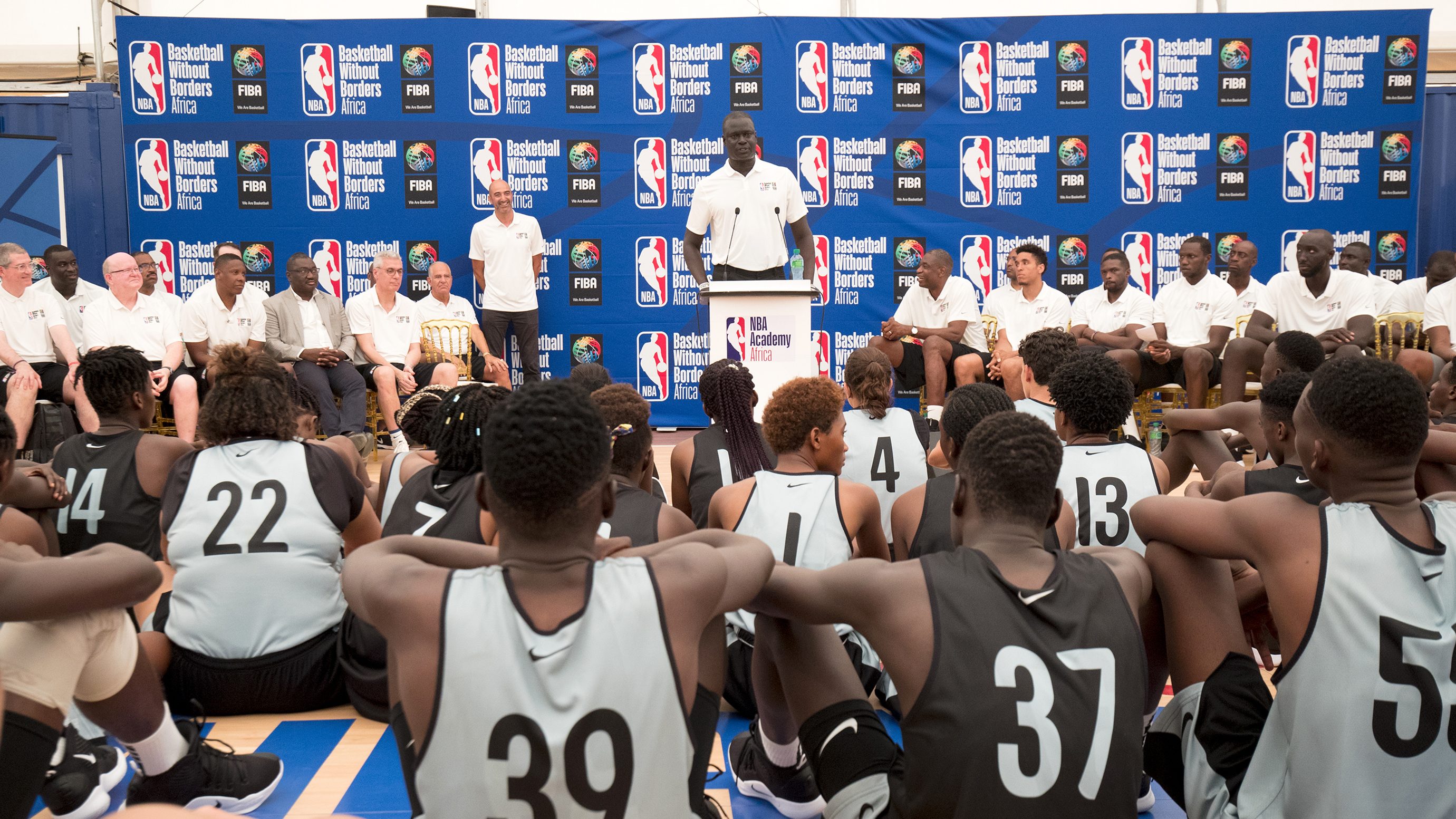 The Nigerian influence over the 2020 NBA draftRead now

“Great player, great defender. He’s definitely a big part of what the Heat are right now.”

Iguodala, drafted ninth overall in the 2004 draft by the Philadelphia 76ers, is the elder of the Nigerian players in the league. But the 37-year-old doesn’t relish the “old” label. At least not yet.

“I didn’t know that. Most of us have Nigerian in us. All of us are from Africa at the end of the day,” Iguodala said. 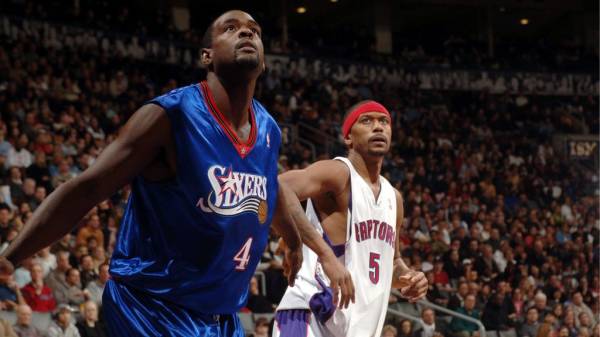 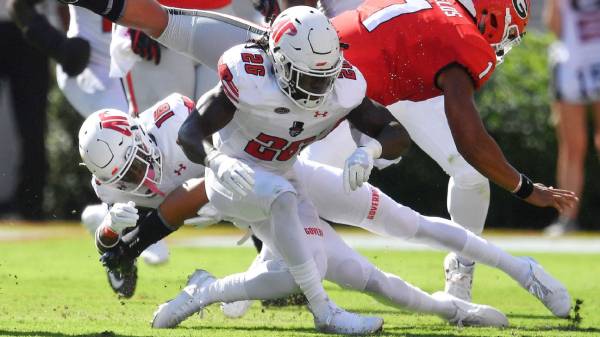 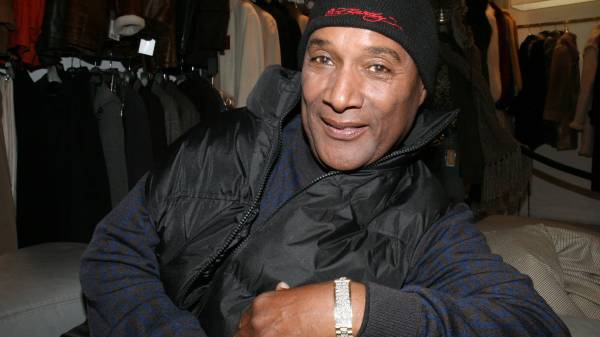 Paul Mooney was an elusive figure, but his influence was far-reaching Read now

“So, UD [the Heat’s 40-year-old forward Udonis Haslem], I might have to pass that on to him, that oldest thing. I’m not … adjusting to being familiar with it.”

What is holding up the George Floyd policing act from Biden’s desk?