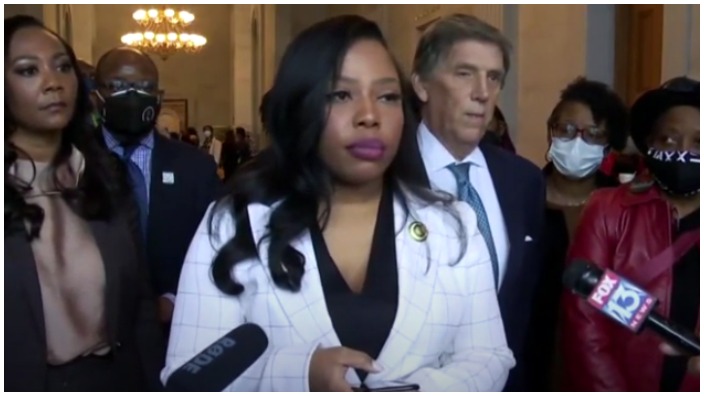 Tennessee Sen. Katrina Robinson has been expelled from office after the Republican-led Senate voted to remove the Memphis lawmaker following her conviction on wire fraud charges.

It’s the first time since the Civil War that the Tennessee Senate has ousted one of its members.

Robinson, 41, was indicted in October by a 12-person federal jury on four of five counts of wire fraud, Associated Press reported. She was charged with using federal grant money awarded to The Healthcare Institute —a health care school she operated — on her wedding, a political campaign event, and other personal expenses.

Robinson was acquitted by a judge on 15 of 20 charges sought by federal prosecutors in Memphis, where her school for health care workers is located. The monetary total of the original charges alleged she stole more than $600,000 but after she was acquitted on the majority of the charges the total was about $3,400 in wedding expenses in 2016. 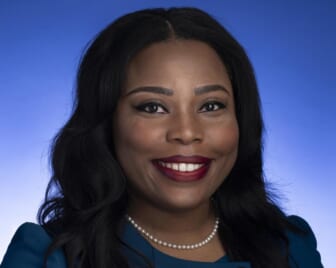 She was ultimately convicted of two of the 20 counts. In July 2020, Robinson was charged with wire fraud, theft, and embezzlement involving government programs. Prosecutors alleged she stole federal grant money awarded to The Healthcare Institute, which provides training in the healthcare field.

On Wednesday, Robinson called the Senate’s move the expel her a “procedural lynching.”

“I feel beat up standing in front of you guys,” Robinson said on the Senate floor before the white-majority chamber, New York Times reports. “And really I didn’t prepare any words because there are no words for what this is.”

Robinson accused her fellow senators of hypocrisy revealing that several others were facing current and past fraud and misconduct charges.

Sen. John Stevens, a Republican from Huntington, said Robinson was judged accordingly by her peers, and her colleagues reacted by ousting her.

“They determined she violated a criminal statute. A federal judge did not disagree with that determination,” he said. “How can we demand that citizens respect the integrity and reputation of the Senate if we disrespect them by ignoring their determinations?”

According to the report, the Senate voted 27-5 to expel Robinson.

“I was raised in a very no-nonsense manner. I’ve gone two years and never let the public see me cry,” Robinson said on the Senate floor. “I continued to push through this ordeal to get here every week for session, for committee, to get back to my community even when I couldn’t raise money because people thought I was a thief.

“I went in my own pocket to give to kids who were looking forward to events that normally I would have support for. I stood out front this whole time, and I haven’t shied away from any fight, and I can’t do it here. Some of you think I would maintain my dignity through resignation, but for me the only way to maintain my dignity is to stand here and stand up for myself, and anyone else who would go through this,” she continued.

Robinson is one of three Black women in the Tennessee Senate, all of them Democrats.

“While the expulsion of a Senator for the first time in history was not something any of us wished to see, it was a necessary action,” said Senate Speaker Randy McNally in a statement after the vote. “The integrity of the Senate is of paramount importance.”

Robinson’s next court hearing is in March.