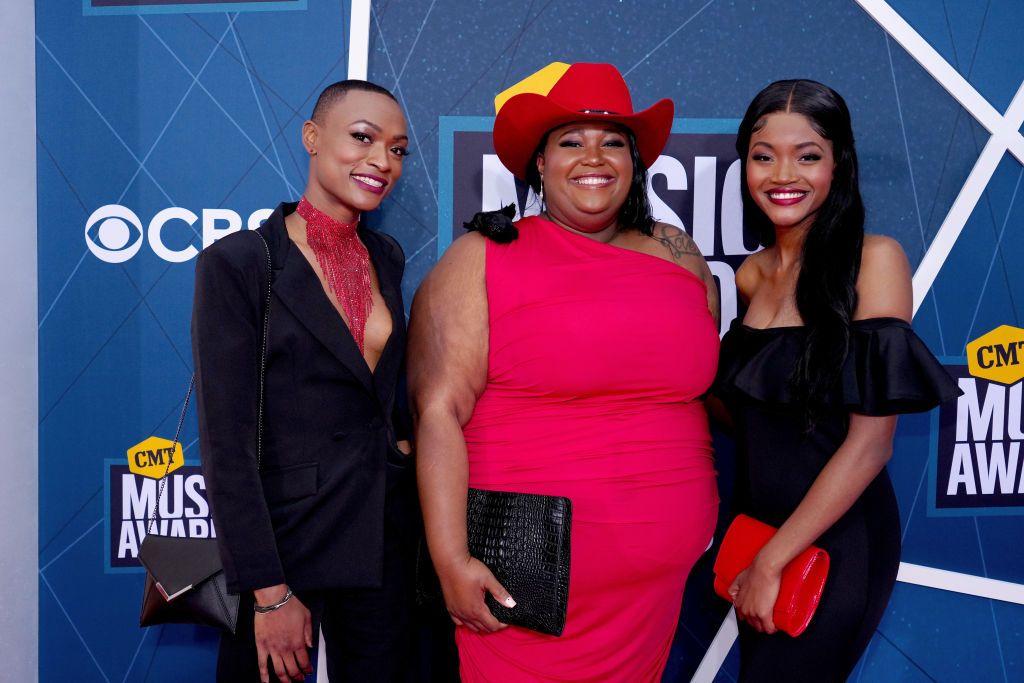 Accounts of the moment indicate that the judges had already given out their individual golden buzzers. But the judges were blown away by Chapel Hart. They unanimously gave them a golden buzzer. Simon Cowell, known for his harshness, called the group’s performance “fantastic” and “brilliant.” He even signaled the group could be headed for a record deal.

The good news kept flowing as the group also celebrated their album “The Girls Are Back in Town,” reaching number one on the iTunes Country charts. Named for their hometown, Hart’s Chapel, Mississippi, the trio spoke about wanting to be the representation they didn’t see growing up.

“We are here to bring people together with great music. It’s all about having a good time and good music,” Swindle told CASSIUS.

A part of CMT’s Next Women of Country class of 2021, the trio received praise from Country music greats Loretta Lynn and Dolly Parton.

Parton was delighted to see the group’s take on her hit song “Jolene.”

Set in a small Mississippi town, the video for “You Can Have Him Jolene” shows Chapel Hart taking a defiant tone and casting a cheating lover aside. In some ways, the video has a similar energy to The Chicks’ (formerly known as the Dixie Chicks) “Goodbye Earl.”

Parton has been a fan of Black artists remaking and remixing her songs, most notably Whitney Houston’s version of “I Will Always Love You” and Lil Nas X’s take on “Jolene.” She said she would love to see Beyonce cover “Jolene” as well. And contrary to popular belief, Black artists are simply stepping into their birthright in the Country music scene. Beginning with the banjo, an instrument with its roots in West Africa, the Black influence on the genre is undeniable.

“We want to prove to the state of Mississippi and everyone else that all things are possible. You got one life to live. Make sure when you look back, and you have no regrets,” Danica Hart told CASSIUS.

‘Wouldn’t That Be Killer?’: Dolly Parton Wants Beyoncé To Cover Her 1974 Hit ‘Jolene’