Famed Texas Senator Barbara Jordan has been honored with a memorial stretch of highway near Texas State University.

The Barbara Jordan Memorial Parkway was dedicated on March 8 for International Women’s Day by State Rep. Shawn Thierry according to The Houston Chronicle. The memorial parkway is the stretch of Highway 288 from Cleburne, which runs into Texas State University, to the Beltway 8. Jordan is a graduate of TSU.

Rep. Thierry remarked that the state is “honoring an iconic woman who was such an inspiration. This is a permanent memorial to a great woman for all to see.” She told the Chronicle that her father often referred to her as “little Barbara Jordan” because of her dedication to reading—even proving a teacher wrong when they made a racist remark about Black students and their reading skills.

Jordan’s last living sibling, Rosemary McGowen, her eldest sister remembered her as a serious person who loved debating and public speaking. Those qualities made her one of Black history’s finest orators. As a member of the U.S. House of Representatives from 1973 to 1979, Jordan is well-known for her eloquent opening remarks at the impeachment trial of former President Richard Nixon.

“My faith in the Constitution is whole, it is complete, it is total,” Jordan said according to her archival bio from the House. “I am not going to sit here and be an idle spectator to the diminution, the subversion, the destruction of the Constitution.” She then explained the articles of impeachment against the President making her a household name for making the Constitution understandable for laypeople. 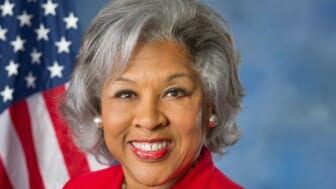