Baltimore Mayor Brandon M. Scott says Lamar Jackson can be a game-changer in his city — 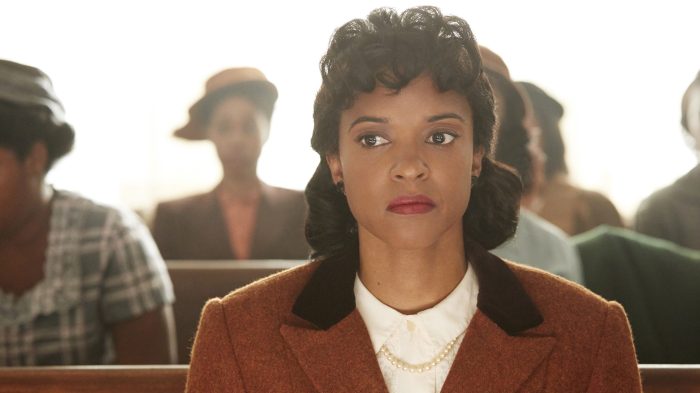 BALTIMORE — A few hours before the Baltimore Ravens were scheduled to host the Cincinnati Bengals on Sunday, I sat down with Baltimore Mayor Brandon M. Scott. The subject was Ravens quarterback Lamar Jackson.

I had two general questions: How important was Jackson to the city? And how could the NFL’s most dynamic player help Scott advance his ambitious agenda, which includes reducing the gun violence that has plagued this city?

Scott grew up in the Park Heights neighborhood of Baltimore. When he was elected last year at age 36, Scott became Baltimore’s youngest mayor in more than a century. Scott ran on a progressive platform of change. He vowed to:

Since Jackson entered the league in 2018, I have spent thousands of words either defending him from critics who treat him like a running back who can throw or advocating for him to be recognized as an elite, mold-shattering, blue-blooded quarterback.

Critics continue to ask when Jackson will take the next big step on the field and lead the Ravens to a title. It’s time to begin asking when will Jackson take a big step off the field. After Sunday’s 41-17 loss to Cincinnati, the questions are likely to intensify.

“We know he does great work in the community and he’s going to continue to do that,” Scott said. But as Jackson grows more into his leadership role, the mayor wants him to speak directly to young people in the city about stopping the violence and spreading the love.

“The best way to use Lamar is to have him go out there, talk to these young brothers about how to handle themselves, how to treat themselves and each other better. How to resolve their conflicts in a different way. How to invest in themselves, take care of their bodies. That’s the best way we can use our quarterback,” Scott said.

Scott has met Jackson twice, once in person and once virtually when he addressed the team during the coronavirus pandemic. Jackson tested positive for COVID-19 on two occasions and has not publicly shared his vaccination status. For starters, this might be a place for Jackson to assume an off-field leadership role.

Rather than bash Jackson, Scott suggested that critics understand the reason many may not trust the medical profession. He offered a historical perspective about Black Baltimoreans in particular. He referred to Henrietta Lacks, the Black Baltimore woman whose tumor cells were removed and distributed without her consent. After it was discovered that the cells could survive, thrive and multiply in a laboratory, they subsequently were shipped around the world. The story was recorded in the 2010 book The Immortal Life of Henrietta Lacks.

“This is Baltimore City, the place where they took Lacks’ cells without her knowing,” Scott said. He recalled growing up in Baltimore fearful and suspicious of hospitals. “Growing up, they would tell you, ‘Don’t stay out late at night, hospital’s going to snatch you up.’ That was real for people, because we know that happened.”

Jackson may not know about Lacks, but he knows about the economics of missing time. Scott pointed out that Jackson is on track to get one of the richest contracts in NFL history. “He should be vaccinated for all the reasons that we all know,” Scott said. “But I want Lamar to break the bank. Every time you have to miss a game, that takes millions off a contract that should break the record.” Missing time because of COVID-19 “is going to impact his ability to get the contract he deserves because they’ll say you missed time. We can’t rely on you.”

Scott and Jackson have taken similar paths to their current positions. Scott was thrust into a leadership position in 2019 when he was elected City Council president after then-Mayor Catherine Pugh resigned and the City Council president took her place. A year earlier, in 2018, Jackson was thrust into the starting quarterback role when he stepped in for Joe Flacco. He electrified the NFL and led the Ravens to the AFC North divisional title.

As Jackson completes his fourth NFL season in a city with glaring social issues, it’s fair to ask him to step up on the activism front as well.

Scott said the city could use a superstar.

Scott referred to the Ravens’ miraculous comeback on Oct. 11 against the Indianapolis Colts when Baltimore overcame a 19-point deficit and won in overtime.

The mayor and the quarterback remind me of one another. Scott, who proudly sports a large Afro, became the city’s 52nd mayor in 2020. Critics said that Scott was too young for the job, an established Black politician told him to cut his hair, polish the way he spoke.

The Baltimore native refused. There is much to be said for being one’s authentic self, even when it bucks the norm.

“When they see Lamar, they see his hair. I know a little bit about that,” said Scott, referring to the reaction to his own Afro. “Automatically, they’re like, ‘This guy’s a problem.’ ”

He added: “When young folks see Lamar, they see themselves. He knows he’s great, but he’s humble. He says, ‘Yes, ma’am, no, ma’am. Yes, sir, no, sir.’ It’s that humble, gritty, grimy, never-giving-up spirit that he has. That’s why Baltimore loves him.”

Jackson has spoken up. After no police officers were charged in the killing of Breonna Taylor in Kentucky, Jackson, who attended the University of Louisville, told reporters: “It’s crazy we never get justice for serious things. We’re in America, where it should be freedom of speech, the land of the free. But I don’t really feel like it’s been that way for us Black people sometimes.”

Jackson turns 25 in January. I wondered if perhaps he was still too young to be expected to take an off-field leadership role in a city with so many deep-seated issues. Scott pointed out that he entered politics at the age of 23 and each year he grew. Jackson will grow as well, but he also must understand the historical importance of making change, if only in the context of football.

There is already pressure on the field for Jackson to lead the Ravens to a Super Bowl. Is it fair to put pressure on Jackson to become a leader off the field as well? The politician’s job is to advocate for change. An athlete’s job is to entertain. Advocating is an option. “What we can’t do is rush him to do that,” Scott said. “We have to allow him to do that in his own time.”

Jackson often seems to be in his own world — call it “Lamarville.” He has his own style, his own language. Lamarville is a place where he can be his authentic self. When he was coming out of the University of Louisville, only one NFL team — the Ravens — wanted him as its franchise quarterback. No one else wanted to live in his neighborhood.

Four years later, everyone wants in. Is Lamarville in danger of being gentrified? Will he be coaxed to speak differently, wear his hair differently? Will he become a pocket person?

“I don’t think that will happen,” Scott said. “When young folks see Lamar, we see ourselves. He has to take a step back and say, ‘I’m Lamar Jackson. How can I use everything that comes with being the best football player in the world to have a greater impact on the world? How do I help my people, how do I help my city?’ He has to do that.”