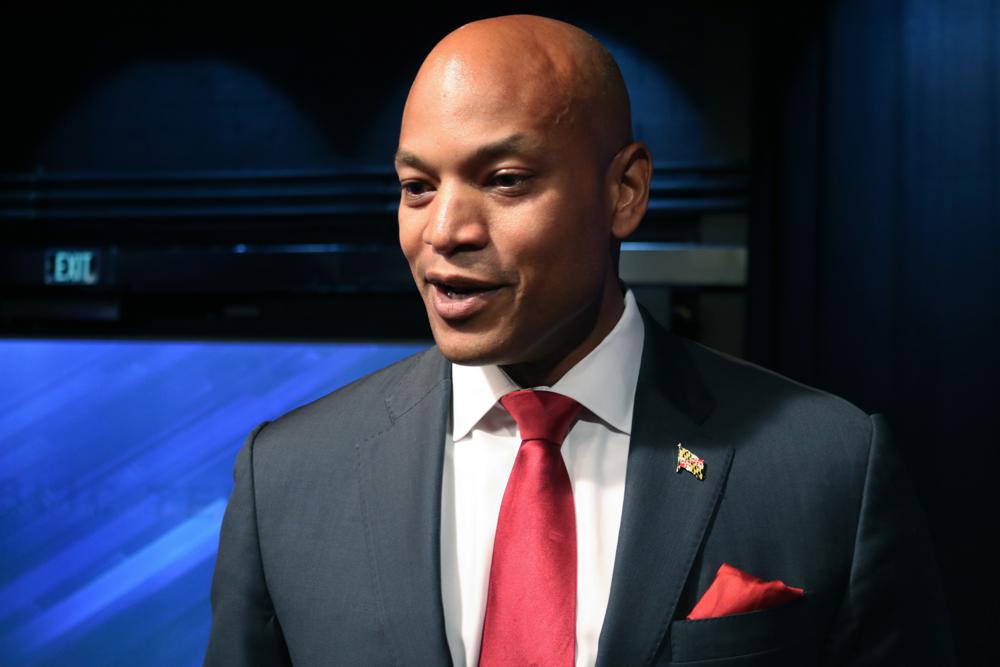 Moore, the author of the book “The Other Wes Moore” and the former CEO of an anti-poverty nonprofit, defeated a long list of other high-profile Democrats, including Tom Perez, the former U.S. labor secretary and ex-Democratic National Committee chair, and Peter Franchot, the state’s longtime comptroller.

Moore will be the strong favorite in the November election against Cox, a right-wing member of the Maryland House of Delegates whose extreme brand of politics is considered a liability in a heavily Democratic state that twice elected centrist Republican Gov. Larry Hogan. Moore would be the state’s first Black governor if elected.

A political novice, Moore was boosted in his campaign by Oprah Winfrey, who hosted a virtual fundraiser for him. He also had the support of U.S. Rep. Steny Hoyer of Maryland, the No. 2 House Democrat.

Cox was declared the winner of the Republican primary on Tuesday night. It took until Friday to call the Democratic primary for Moore because the margins were tighter and a larger number of mail ballots were cast in the race. Maryland law prohibits counties from opening mail ballots until the Thursday after election day.

Cox, an acolyte of Trump and supporter of right-wing causes, has promoted Trump’s lies of a stolen 2020 election, organized buses to Washington for the “Stop the Steal” rally on Jan. 6, 2021, and tweeted during the insurrection at the U.S. Capitol that then-Vice President Mike Pence was a “traitor.” 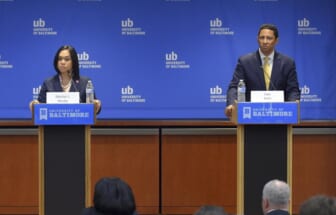 Democrats see Moore as a strong candidate with a compelling personal story.

He was raised by a single mother after his father died when Moore was 3. Moore graduated from Valley Forge Military College and Johns Hopkins University and won a Rhodes scholarship to study at Oxford University.

He later served as a captain and paratrooper with the U.S. Army’s 82nd Airborne and saw combat in Afghanistan.

He started and eventually sold a small business called BridgeEdU, which, according to his website, “reinvents freshman year of college for underserved students to increase their likelihood of long-term success.” During his four years as CEO of the anti-poverty nonprofit Robin Hood Foundation, the organization distributed more than $600 million to help impoverished families.

Moore has written a number of books, including “The Other Wes Moore,” a memoir that juxtaposes his life with that of another man with the same name and a similar background who ended up serving a life sentence for murder.

GOP voters’ decision to nominate Cox dashed the hopes of Hogan and other establishment Republicans that the party could hold on to the governor’s mansion in a state where Democrats outnumber Republicans 2-to-1. Hogan was able to draw bipartisan support with his moderate policies and his willingness to criticize Trump when he felt it warranted — a significant act in a party that expects its members to fall in line behind its leader.

Hogan, who was prohibited from running for a third consecutive term, endorsed his former Cabinet member Kelly Schulz in the four-way Republican primary. Hogan has not been shy in his distaste for Cox, denouncing him as a “nut” and a “QAnon whack job.” Cox sued over Hogan’s stay-at-home orders and regulations at the start of the pandemic and introduced a resolution to impeach Hogan for what Cox called “malfeasance in office.”

Hogan will not vote for him in November, his spokesperson said Wednesday.

Trump gloated over Cox’s success over Schulz on Tuesday night, writing in a statement, “RINO Larry Hogan’s Endorsement doesn’t seem to be working out so well for his heavily favored candidate.”

Hogan shot back Wednesday, tweeting that “Trump lost Republicans the White House, the House, and the Senate.” He said Trump will “cost us a Governor’s seat in Maryland where I ran 45 points ahead of him.”

“He’s fighting for his ego,” Hogan said. “We’re fighting to win, and the fight goes on.”

Jim Dornan, a Republican political strategist with experience in Maryland politics, described Cox’s victory in the primary as “a disaster” for down-ballot GOP candidates relying on a strong gubernatorial nominee to draw voters to the polls. He said any satisfaction Trump gleaned from defeating Hogan’s candidate would be short-lived because Republicans are now likely to lose the general election.

“I guess it can be put this way: Trump won the battle, and Hogan is looking to win the war,” said Dornan, who managed Republican Ellen Sauerbrey’s 1998 gubernatorial campaign and ran former Republican Party chair Michael Steele’s exploratory committee for governor last year before he decided against a bid.

Still, the fact that Hogan’s handpicked successor lost to a Trump-backed rival is an ominous sign for any national political ambitions Hogan may have, said Todd Eberly, a political science professor at St. Mary’s College of Maryland. Hogan, like Trump, has been considering a Republican bid for president in 2024.

“I think the harsh reality is going to be, if that’s the case in a state that you’ve represented for the last eight years, a state that reelected you, it’s going to be that much harder for you to find success when you move beyond the borders of that state seeking a national nomination,” Eberly said. 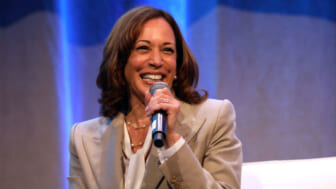 Democrats have long viewed Cox as the weaker candidate in a general election. The Democratic Governors Association went so far as to spend more than $1 million to air an ad intended to help Cox in the Republican primary by stressing his Trump endorsement and his conservative bona fides.

Maryland Senate President Bill Ferguson, a Baltimore Democrat who has had plenty of disagreements with Hogan in recent years, said he and Hogan could sit down and discuss their differences and negotiate. Marylanders, he said, are not well represented by the winner of Tuesday’s GOP primary for governor.

“While it may be politically advantageous for the Democrats for that to be the case, I do worry what it means to have somebody who has such extreme views have a platform for the next four months,” Ferguson said.