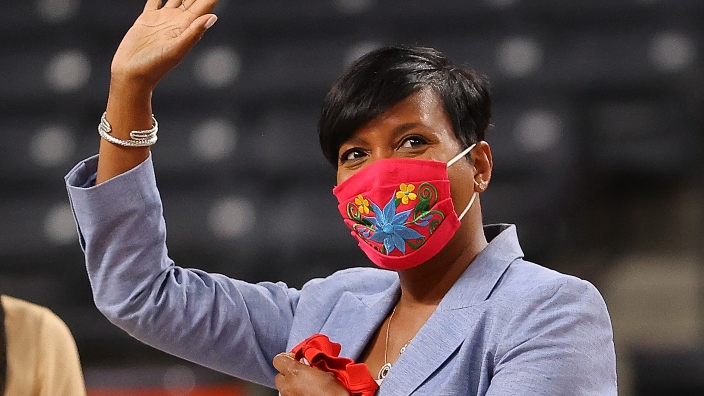 Atlanta Mayor Keisha Lance Bottoms, currently serving a “lame duck” term in office, has announced a plan to transform the city’s jail into a 24-hour, seven-day-a-week center that will provide medical care and other services.

According to The Atlanta Journal-Constitution, the proposed Center for Diversion and Services will be created through a unique partnership with Fulton County and the city’s largest hospital system, Grady Memorial Hospital. Additionally, support will be provided by the Policing Alternatives & Diversion Initiative, which has funded and worked on several projects designed to support the poverty-stricken, mentally ill and those who are substance abusers and at-risk to commit low-level crimes.

Bottoms announced her support for the legislation on Twitter Monday, the day it was proposed to Atlanta City Council for approval.

“Excited to send to City Council legislation for approval of a joint Diversion & Services Center, with Fulton County, at the Atlanta Jail,” she tweeted. “It will provide mental health services & support for low-level repeat offenders. Another step towards thoughtful criminal justice reform.”

In May of this year, Bottoms withdrew as an incumbent for re-election in the Atlanta mayoral race. In the wake of her announcement, more than a dozen candidates have put their hats in the ring, including the city’s previous mayor, Kasim Reed.

Bottoms faced scrutiny after several high-profile police incidents in her city last year during the COVID-19 pandemic, including the fatal shooting of Rayshard Brooks, and also Kennedy Maxie, who was killed after Christmas shopping with her family.

Additionally, the city of Atlanta has seen a rise in shootings, low-level assaults and robberies at one of its most prestigious shopping centers, Lenox Mall.

The new jail proposal has been floated by Bottoms in the past, and it would turn the mostly empty Atlanta City Detention Center into a community center. However, Moki Macias, the executive director for the PAD Initiative, notes that the transformation to community-based policing could mean a reduction in “the jailing of people who are experiencing behavioral health needs, then diversion has to be a key part of the equation.”

Macias said she hopes the new center is a “first step in us continuing to move away from jailing people altogether for these kinds of issues.”

The center will require an investment of at least $3 million from the city of Atlanta, with active support from Grady Memorial and Fulton County.

A Superior Court judge spoke in support of the proposal at a recent Fulton County Commissioners meeting. Judge Robert McBurney said the center could divert up to 10,500 bookings per year.

While the NBA celebrates its 75th season, it’s still building in Africa —