As the murder trial of Derek Chauvin begins Monday in Minneapolis, a pivotal chapter of the proceeding is already finished: the selection of a surprisingly diverse 14-person jury that includes people who recognize the racial issues at the heart of this infamous case of police brutality.

Juries that are mostly or entirely white have long been a problem in the criminal justice system, especially in the rare cases when police officers go to trial. So a jury that is more representative of America can raise hopes for an even more unusual result: a conviction.

The panel consists of two African Americans, two Black immigrants apparently from Africa, two people who are mixed-race, and eight white people. There are nine women and five men. A 15th juror, a white man who was selected in case someone dropped out over the weekend, was to be dismissed before opening arguments began. (Two previously selected jurors, a Hispanic man and a white man, were dismissed after acknowledging that the city’s $27 million settlement with Floyd’s family would influence their judgment.)

Chauvin is charged with second-degree murder, second-degree manslaughter and third-degree murder for kneeling on Floyd’s neck for eight minutes and 46 seconds. He faces up to 40 years in prison if convicted of the most serious charge. The trial is being livestreamed by Court TV. Much of the questioning of potential jurors over the past three weeks was devoted to things that happened after Floyd was killed on May 25, such as the worldwide uprising against racial injustice and the riots that devastated Minneapolis and other cities. The defense wants the trial to focus on Floyd and not the history of systemic racism in the policing of Black people. The prosecution wants jurors who understand how that history contributed to Chauvin’s actions. Each side tried to use the jury selection process to create a panel sympathetic to its goals.

Most of the jurors seated by prosecutor Steve Schleicher expressed a favorable opinion of the concept of Black Lives Matter, recognized the existence of racial bias in the criminal justice system, or said they were willing to question decisions made by police. Schleicher also eliminated many candidates who expressed a preference for the term “all lives matter” (one did make it onto the jury) or who were reluctant to criticize the police. Each side was able to “strike,” meaning remove, a certain number of potential jurors. For instance, Schleicher struck a woman who said she didn’t think the Floyd protests accomplished anything, but protests over the pandemic shutdowns were useful.

By contrast, Chauvin’s lawyer, Eric Nelson, asked such questions as, “If this case is not about race at all, for example, if it’s about police practice and cause of death, is your opinion going to be impacted?” An autopsy found methamphetamines and fentanyl in Floyd’s system, plus evidence of heart disease and hypertension, and the defense is expected to argue that those drugs were responsible for Floyd’s death – not Chauvin’s knee on his neck.

This is how our justice system works. Despite America’s ideal of a “fair and impartial jury,” the system all but demands each side try to obtain as biased a jury as possible.

“No juror is unbiased,” especially when it comes to race, said Brian T. Dunn, who represents victims of police violence as managing partner for the Cochran Firm in Los Angeles, founded by Johnnie Cochran. “People in this country are inherently biased culturally, because this is the bacteriological petri dish that America decided it was going to be. The question is, will the jury get back there and do the right thing.”

When Dunn questions prospective jurors, he reads their body language for signs that they might rule in his favor: when they nod, or how they act when they think they are not being watched. He has assistants observe them while sitting in the courtroom acting like members of the public. He also employs jury consultants who dig into their public records and social media posts. Dunn said attorneys on both sides of the Chauvin trial almost certainly have these resources.

Dunn noted that it was strange in the Chauvin trial to see prosecutors actually trying to get Black people on the jury. In his experience, prosecutors are usually trying to lock up Black people, and want the jury to be as white as possible. “I’ve had to learn how to try cases in front of all-white or majority-white juries, because that’s what I’m left with,” Dunn said. Mary Noffsinger, a forensic neuropsychologist and jury consultant for Courtroom Sciences Inc. who is not involved in this trial, said she relies on extensive juror investigations that reveal as much as possible about their experiences. She creates psychological profiles of jurors and advises lawyers to ask them open-ended questions that provide a deeper look than what jurors write on questionnaires. “Jurors make decisions that are guided by attitudes and beliefs, and, to a lesser extent, personality characteristics,” she said.

Some of our strongest attitudes and beliefs revolve around race. During Chauvin’s jury selection, “both sides are really honing in on racial issues,” Michael Ayala, an attorney and Court TV commentator, said in an interview. “By finding out where people stand on issues like Black Lives Matter, like blue lives matter, how they feel emotionally about the video of Floyd’s death, they’re able to very easily and clearly discern how that person might sit on the overall spectrum of whether Derek Chauvin should be found guilty of this crime.”

Most of the time, all this lawyercraft happens out of sight and mind of the wider public. But after Floyd’s killing inspired the largest movement for racial justice in American history, we can see how the system, intentionally or otherwise, often produces discriminatory outcomes and seldom convicts police of abusing their power.

To be clear, there were no overt signs of racial bias during the jury selection, which is often described as where trials are won or lost. Jurors who were obviously biased or said they could not be impartial were removed “for cause” by the judge. The jury is more diverse than Hennepin County itself, which is 68% white, 14% Black, 8% Asian and 7% Hispanic.

Rather, there are signs that the system is working as usual – technically legal, but sometimes troubling in practice.

Two jurors identified by the court as Black spoke with African accents, and their responses were similar to views of Black immigrants who do not share the history and culture of African Americans. One of them, Juror No. 79, was asked by the prosecution what he would instruct his young son to do if pulled over by police while driving. “Answer their questions,” the man said. He seemed puzzled by further questions about the precautions that have been a generational bedrock of Black survival in America.

Minneapolis activists have decried the defense striking a Black juror who said that “you see a lot of Black people get killed and no one’s held accountable for it and you wonder why or what was the decisions, and so with this [trial], maybe I’ll be in the room to know why.” He also described police riding through his neighborhood after a shooting blasting the song “Another One Bites the Dust.” The man said he could set aside his views and rule based only on the facts presented in court, but Chauvin’s lawyer removed him – a perfectly legal maneuver that shows how our allegedly colorblind jury system can be used to exclude a common Black perspective.

The juror said he did not know anyone who had problems with alcohol or drugs. What did he think of the idea that if you struggle with police and something bad happens, the person being arrested is to blame? “Cooperation is good,” he replied.

In its entirety, watching the selection process felt like riding a seesaw. For every moment of comfort caused by Juror No. 2, a white chemist who said he believes the criminal justice system is biased against minorities, there was worry based on No. 55, a white executive assistant in her 50s who said she had an unfavorable view of Black Lives Matter because “they were taking it too far.”

There is much we don’t know about the jury. The public is barred from the courtroom under COVID-19 protocols, and the jurors’ faces were not shown on camera to protect their identities. It is unclear which two will be designated as alternates and removed once deliberations begin. Some may have not answered questions honestly, or have hidden agendas. Lawyers are often surprised by the decisions of jurors they thought would rule in their favor.

Two of the 14 jurors are African American, although it is not certain that they will be part of the final panel of 12 that will vote on the case. No. 52, a man in his 30s who works in banking, said he had a very favorable view of Black Lives Matter – not as an organization, but “I just think of it as a statement.” No. 91, a retired grandmother in her 60s, said she stopped watching the video of Floyd’s death because “it just wasn’t something that I needed to see.”

Juror No. 89, a white nurse in her 50s, wrote in her questionnaire that she didn’t believe Floyd deserved to die, but said that Floyd was not completely innocent, either. “We all use our life experiences to make judgments,” No. 89 said.

In the abstract, our justice system is a noble concept, symbolized by the ancient image of a blindfolded Justice balancing a scale in her hand. It posits a group of high-minded citizens setting aside preconceived notions to render judgment on their peers. 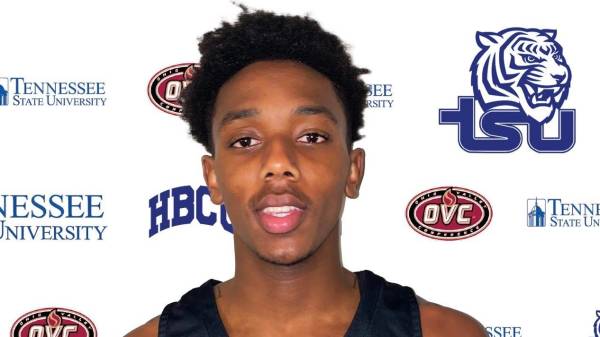 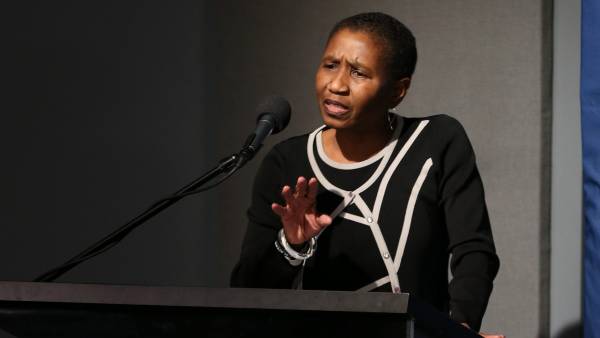 In reality, as the Chauvin jury selection shows, justice can be a much more subjective and fragile thing.