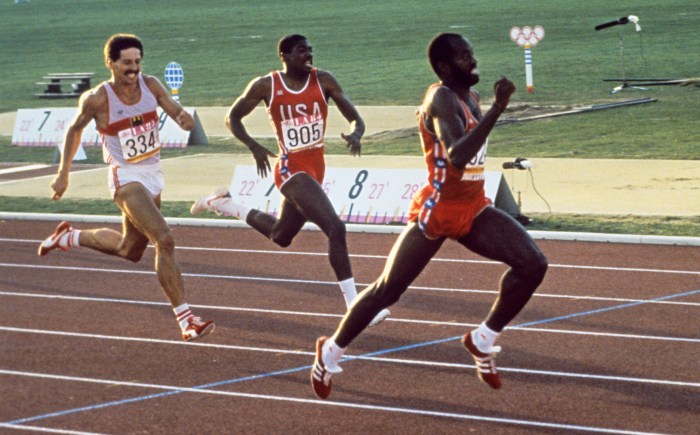 The 400-meter hurdles event is having a moment at the Tokyo Olympics, with star power in both the women’s and men’s competitions. But they all are chasing the legacy of one of the most dominant athletes ever to lace up spikes: Edwin Moses, who didn’t lose a race for almost a decade.

From August 1977 to June 1987, Moses won 122 races, captured two Olympic gold medals, lowered the world record four times and elevated the profile of track and field with his streak of invincibility. A Morehouse graduate with a degree in physics, he also helped modernize rules for drug testing and financial support of athletes.

“When I started, it was all about the 100 meters,” Moses said in an interview. “No one cared about the 400-meter hurdles until I changed the whole dynamic and direction of the sport. Now, 45 years later, I’m pleased to see that there are a couple of guys running faster than I did.”

Moses’ final world record of 47.02, set in 1983, stood for nine years until it was broken by Kevin Young’s 46.78 at the 1992 Barcelona Olympics. That record was broken a month ago by Karsten Warholm of Norway, who ran 46.70. Warholm was the slight favorite in the Tokyo finals on Monday night over Rai Benjamin, an American who ran the third-fastest time in history, 46.83, in June. Abderrahman Samba of Qatar, who owns the fourth-fastest time of 46.98, could also challenge for the gold.

On the women’s side, one of the most anticipated races in Tokyo is the showdown Tuesday night between world-record holder Sydney McLaughlin and defending world champion Dalilah Muhammad, who have been chasing each other the past two years. McLaughlin took the world record from Muhammad at the U.S. trials with a time of 51.90.

Moses said the two women are evenly matched, and he wouldn’t count out Femke Bol of the Netherlands, either. He has advised a number of the world’s best hurdlers, including Warholm and Muhammad, on how to perfect their form in one of the most technical races in the sport.

“They’re all asking the godfather what to do,” Moses said, laughing. “It’s not like I have any big secrets. It’s just an analysis that shows what types of things can make a difference. Because if you make two or three mistakes in a tight race, you’re going to be finished.

“The 400 hurdles is all about efficiency, and it’s very complex. You’ve got 30 possible errors you can make, not including the start. There are 10 hurdles, and you can make a mistake on the takeoff, the transition over the hurdle and the landing. A lot of things can go wrong.”

Moses loves that women, including McLaughlin, Muhammad, the Jamaican sprinters who swept the 100-meter finals, and young talents such as Athing Mu and Gabby Thomas, are filling the void left by the retired legend Usain Bolt. He’s optimistic about the state of track and field.

“The women are leading the way in terms of stardom and the personalities and longevity of the athletes,” Moses said. “I’m glad that track and field is on television more. The American Track League gives a lot of younger athletes a chance to run meets and continue to run after the NCAA and the national championship meet or Olympic trials. You can watch all the Diamond League meets on TV. We went through a stall period after I retired in the late ’80s through the ’90s and early 2000s where you could barely see a track meet on TV. So now it’s really good.”

Moses was born in Dayton, Ohio, and went to Morehouse on an academic scholarship. Since the school did not have its own track, Moses trained at Atlanta-area high schools en route to winning his first gold medal at the 1976 Montreal Olympics. The U.S. boycott of the Moscow Games denied him the chance to win gold in 1980, but he won at the 1984 Los Angeles Games while going unbeaten for nine years, nine months and nine days. He finally lost to Danny Harris in 1987, then won the world championship later that year. His final race was in the 1988 Seoul Games, where he won bronze.

Moses helped develop programs for drug testing and is chairman emeritus of the U.S. Anti-Doping Agency. He also is a former chairman and current member of the Laureus World Sports Academy, which promotes sports as a force for social change. He enjoys growing and cooking organic food, and at age 65 is within single digits of his competition weight of about 180 pounds.

And he takes pride in the fact that after all these years, with all the advancements in track surfaces, shoe technology and training methods, Tokyo’s finest are not that far ahead of his best time.

“They’re running three- or four-tenths of a second from what I was running 40 years ago,” Moses said. “That makes you feel good.”

200-meter champion Gabby Thomas, inspired by Allyson Felix, looks to create legacy on and off the track —