Former presidential candidate Andrew Yang, who unsuccessfully sought the New York City mayoralty as a Democrat, is expected to launch a third party next month.

The announcement comes ahead of his new book, “Forward: Notes on the Future of Our Democracy” out on Oct. 5. Published by Penguin Random House subsidiary, Crown Publishing Group, Yang’s book is billed as “a powerful and urgent warning that we must step back from the brink and plot a new way forward for our democracy” and promises to identify “‘priests of the decline’ of America, including politicians whose incentives have become divorced from the people they supposedly serve,” according to an online description, reports Politico. 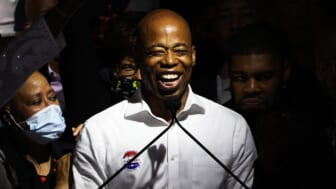 “It’s not clear what the name of Yang’s third party will be or how he plans to deploy it in 2022 or 2024,” the outlet reports. Yang is set to unveil plans for the new political party around the time of his book release.

“He put Asians on the national stage,” added Liu who ran the mayoral race in 2013. Mayor Bill de Blasio ultimately took the win.

Some of Yang’s supporters, dubbed the Yang Gang, are less than impressed with his possible plan to launch a third political party. Many hoped he would help reform the Democratic Party from within.

“He’s abandoning the coalition he built for an effort that seems simply buzz worthy, at best,” a senior staffer on Yang’s presidential campaign told the Daily News.

Yang is best known for advocating for a monthly universal basic income of $1,000 for every adult American.

In March, Yang announced that his new nonprofit is poised to distribute at least $1 million in $1,000 cash payments to 1,000 working households in New York.

According to The Guardian, Yang confirmed that in response to the coronavirus pandemic his not-for-profit group, Humanity Forward, would be distributing $500,00 in funds to working poor households in New York City’s Bronx area. He said later on Twitter that they would be doubling the number of households after receiving additional funding. 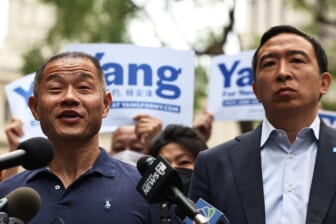 Yang’s organization also teamed up with another not-for-profit group One Fair Wage (OFW) to add funds to its OFW Emergency Coronavirus Tipped and Service Worker Support Fund throughout New York.

“We’re in a crisis and my entire jam is that we need to put money in people’s hands so that we’re stronger and healthier and mentally healthier and that’s what I stand for, that’s what my organization stands for,” he said in an interview at the time. “We’re in the midst of a crisis so I’m going to demonstrate what we should be doing.”

Texas Reps. Sheila Jackson Lee and Al Green could face-off due to Republican…