An entire generation owes DMX for his lesson in resilience —

DMX’s entire life story has felt like him standing down at the prospect of an early death — and the Grim Reaper retreating to a corner. But not even the old adage that “all dogs go to heaven” makes the truth any less arduous. After being rushed to the hospital on April 2 following a heart attack brought on by an apparent drug overdose, the man born Earl Simmons died Friday at a White Plains, New York, hospital following his family’s decision to remove him from life support. The Yonkers-born rap titan was 50.

His life, and now forever in death, will continue to revolve around what he ultimately couldn’t escape. This isn’t the only conversation to be had about DMX, as none of us are defined simply in the manner of how we take our last breath. Those inner demons and fights against them, though, are a large part of the fabric that made him the complex man he was.

Oftentimes, all an addict has in their fight against addiction is their own resiliency. That test of wills has made it seem like DMX has lived at least 100 lifetimes with everything he endured, making the news of his death all the more sobering. The life of Simmons has been a personal odyssey lived on the most public of stages. He was a nuclear bomb of equal parts passion, pain and, most important of all, perseverance. His interviews and moments of intense introspection, too, have never hidden the source of his life’s pain that fueled one of rap’s most historic, and concurrently, troubled careers.

DMX, in one way or another, is a portal into our own lives or many of our families’ darkest secrets. That’s why DMX matters to the depths that he does. In so many ways, he is us. We’ve lived with his music while witnessing loved ones or even ourselves battle demons.

So when the news broke last weekend about X having to be rushed to the hospital, an all-too-familiar sense of anxiety and grief engulfed the hip-hop world. Death is a part of life, but in rap, so many artists define periods of our lives. X’s music, which always had an overwhelming element of mortality, is a poster child of this belief. His music is littered with tales of near-death experiences and each album in his catalog contains a passionate prayer directed at God for the blessings and curses in his life. That dichotomy, plus a penchant for creating aggressive and animated hit records, made DMX not just a famous rapper, but also one whose art soundtracked a generation in its most intimate and personal moments of need.

In the genre’s history, few come close to how transcendent and transparent DMX and the music he produced were. With two No. 1 albums in 1998 alone in his magnum opus Flesh of My Flesh, Blood of My Blood and It’s Dark and Hell Is Hot — and later the only artist in history to have his first five projects hit No. 1 — he was a true one-of-one in an industry where carbon copies are often celebrated.

X’s sound was an avant-garde act that diverted from Bad Boy’s “shiny suit era” that was flooding airwaves and radio stations in the post-Tupac and Biggie Smalls hip-hop universe. His music felt dark, genuine and honest. His connection to dogs felt closer than people, an admission he’d make in “Slippin’,” a landmark record from a landmark catalog. But brazen confessions in songs such as “I Miss You,” an ode to his late grandmother, or “Coming From” could not have been any more human. His music proved phenomenal, but the same demons that helped create the music were very much co-pilots in his life.

From the crippling economic collapse in New York in the 1970s to the crack cocaine’s vise grip the following decade, his life was a product of many wrong turns in American history. Trauma was a constant companion, specifically in his personal life. His father was absent, causing X to once lament that life made him live through that in return, as he rhymed on “I Can Feel It,” for a talent and being able to survive when it’s harder. He never hid the violence he suffered at the hands of his mother when he was a child — once having two teeth knocked out by her with a broom.

But forgiving himself proved difficult. What was also rough was the life he lived whenever he stepped foot outside of his front door. He was arrested for the first time when he was 10 years old for arson. In those same streets he was running were also older men with whom he sought peace and belonging. One man in particular was someone who X considered a mentor and role model. When X was 14, that mentor gave him a blunt to smoke. He never told X that it was laced with crack. X never recovered from that betrayal. Abandoned at home and manipulated on the streets, the severe mental and physical pain took a deep toll on X, who in turn plunged deeper and deeper into the streets. I’ve got a good heart, he once said on “Look Through My Eyes,” but this heart can get ugly.

Had it not been for Simmons’ resiliency, the world would’ve never heard of DMX. He’d been on the music scene in New York for years prior to his major label debut — even appearing in The Source’s famed “Unsigned Hype” column in its January 1991 issue. He didn’t have one foot in the streets while trying to get into the music industry. He was still fully immersed in it.

For years, X had earned a reputation as a fearless stickup kid. But he was also known for street rhymes that were so gritty they couldn’t have been coming from a guy who watched from afar. They were coming from a guy who lived the life. A guy who, in 1988, once escaped from an upstate New York prison in the middle of winter and survived in the cold by rubbing multiple layers of vaseline over his body, wrapping it in Saran Wrap and wearing multiple layers of clothes. That’s the type of realism, however flawed, that would later live in his music. Before linking with Def Jam, DMX was jumped by a rival street crew who believed X had robbed them days earlier. The truth is it was a case of mistaken identity. The end result was a wired jaw, but that didn’t stop him from rhyming through his teeth to then-Def Jam executive Lyor Cohen. An impression was made before he mouthed the first word.

Open conversations surrounding addiction and mental health awareness in the ’90s were taboo. Society was not mild when it came to unleashing its cruelty toward artists such as Whitney Houston and Kurt Cobain who openly suffered. Yet, struggles have historically made for the greatest and most personal of albums (see: Marvin Gaye, Mary J. Blige or Adele). X has always been a living, breathing and rapping cry for help. He’d admit, on the Dame Grease-produced “F—in’ wit D,” that he was listed as a manic depressive with extreme paranoia.

Unable to treat his condition, the only place of solace for DMX was the same streets that would make him a well-known figure in New York’s criminal justice database. X once said that his rap sheet was read in court one time and that it stretched across half the courtroom. Over the course of his life, X has been arrested nearly 30 times. If X had nothing else in his life, he did have the revolving door of the penitentiary.

Later, as X’s star power rose to make him the biggest rapper in the world by the late ’90s, his access to certain vices increased, too. As high-level peers such as Jay-Z and Nas remained consistent in their output, X teetered as his addiction and various arrests for a litany of charges led to jail time and even a failed 2010 reality TV series that would document his journey toward sobriety. In 2016, he was found “lifeless” in the parking lot of a Yonkers Ramada Inn. X’s attorney said it was asthma, though investigators noted the police report stating that he ingested an unknown substance. For so long, X’s music and even his life in the headlines had always been about what was going wrong and why X’s life was on borrowed time. Dogs were kindred spirits and his bark would signal his alliance to them — but DMX seemed to have more lives than a cat. He always bounced back.

Regardless of the setbacks both self-imposed and unavoidable watermarked by the unaddressed grief still on his heart, X found a way to survive. He brought with him the joy that survival afforded him to places like homeless shelters. His smile during these last 18 months produced a visceral joy. Now, it felt, he was taking that time back. Dancing and singing along to songs with his daughter on Instagram. The highly anticipated and well-received Verzuz battle with Snoop Dogg last summer. And his incredibly revealing and entertaining Drink Champs sit down in February. He looked to be basking in the joy that he deserved, not just as a hip-hop icon, but as a man.

Like so many rap luminaries to precede him, we’re left to wonder what the second half-century of his life could have offered. Yet and still, I’m both inspired and haunted by two things DMX has said, both a decade apart: “I think my life,” he predicted in 2011, “is just beginning.”

Just two months ago he’d say, “If I was to drop dead right now, my last thought would be I’ve had a good life.” 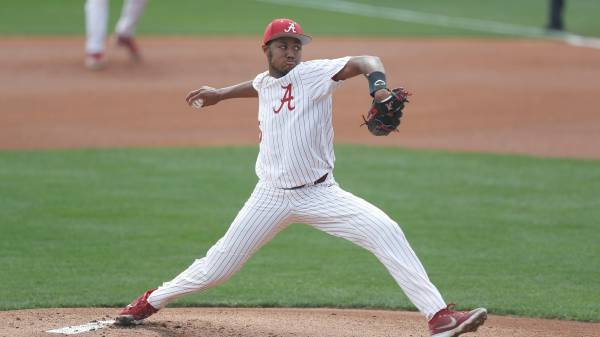 Perhaps this light, ultimately more than any of the demons he fought for a half-century, is the best way to remember Dark Man X: A man who finally found peace in a life of so much chaos.