Across Minneapolis, verdict in Chauvin trial brings relief and jubilation —

Justice arrived Tuesday for George Floyd, unleashing a wave of emotion that spilled out across America from the street corner where Floyd drew his last, ragged breath under the murderous knee of Derek Chauvin. Justice arrived in the form of three guilty verdicts for the former Minneapolis police officer. And it arrived in the sense that finally, albeit so painfully, Black life mattered to a criminal justice system and a nation that has so often said otherwise.

As the jury returned to the courtroom to deliver its verdict, hundreds of people were drawn to George Floyd Square, at the intersection of 38th Street and Chicago Avenue. This is where Floyd’s soul left his body last May 25 but remained in the hearts and minds of neighborhood activists, who barricaded the streets for a full block in each direction and built a living memorial to Floyd and the social justice movement that was launched by his murder.

As people stood in the freezing Minnesota spring, waiting for word, you heard expressions of fear, even dread, from the diverse crowd. “It’s not about the verdict,” one speaker insisted. So many other cops had not been convicted in the killings of unarmed Black people. So much had been sacrificed and invested over the past year of pandemic protests. So much had been lost in the riots that ripped through Minneapolis and other cities across the nation.

People screamed, cheered, hugged and cried. They danced, fell to their knees and threw cash in the air. They said George Floyd’s name. All in the shadow of his now-famous portrait, at the corner where he was killed over an allegedly fake $20 bill, on the street where mourners from around the world left cards, photos, ribbons and notes insisting that police stop the killing. “The best beloved of all things in My sight is Justice,” read one Baha’i prayer left next to an outline of Floyd’s body, with heavenly wings, on the pavement.

“I feel wonderful, overwhelmed, excited, all at one time,” said Allichia Pruitt, who came from the other side of the city to be in the Square on this day. “I didn’t think that once I heard a verdict I was going to get this overwhelming feeling of wanting to just cry, but I did. It just all came out.”

“I feel hopeful. I also feel tired,” said a St. Paul resident, Rachel Sipress, at the scene. “It took so much to get here.”

The Square helped sustain folks during the 330 days from Floyd’s death to Chauvin’s conviction. It was a place for people to grieve and heal. It provided the world with images of resistance, from the murals to the giant metal fist planted in the middle of the intersection. It was tended round the clock by people who quit their jobs and suffered blows to their mental health to fight for justice.

“I had a cautious hope,” said Marcia Howard, a leader of the neighborhood activist group. “Like a flame that you light and it’s really cold, and the winds are buffeting you, and you just cup it in your hand so it doesn’t get blown out.”

She recalled when Minnesota attorney general Keith Ellison, the first Black person elected to statewide office here, took over the case from local prosecutors and supervised the team of lawyers who argued the case. Ellison came to Howard’s backyard, beneath the window from which she can see the spot Floyd died, to discuss the needs of the neighborhood.

“The bigger moment is, for those of us who have stood vigil in protest against the powers of the state, it is showing that the people united will never be defeated,” Howard said. “The attorney general made sure he was constantly checking in with the people, unbeknownst to a lot of folk. He knew he was going to try and bring this home for us. He gave us something that we can go forward with, in the hopes that the other officers will also be judged appropriately.”

That would be the three other officers who were present at Floyd’s death. Their trial is scheduled for the coming months. “One down, three to go!” they chanted at the Square after the verdict was read.

Justice came to more than the Square, of course. The emotions here were shared around the country and the world. This past year of pandemic and protests has been a searing experience for millions. But no place may have been more traumatized than the Black neighborhoods of Minneapolis. Perhaps they can be the first to heal.

“Today is a great day in America,” said Larry McKenzie, across town in North Minneapolis. McKenzie is head basketball coach at Minneapolis North Community High School and a pillar of the community for more than two decades. He has been counseling his players, past and present, since the day the video of Floyd’s death went viral. “This was the equivalent of me seeing Barack Obama get elected as the first Black president of the United States. This is a first in my life, and I’m 60-plus years old, seeing a white police officer convicted of killing a Black man.

“It sends a signal that, yes, we do matter,” McKenzie continued. “We ain’t there yet, but it’s a seed of hope. Especially for our young people, it’s a seed of hope that will have to be watered and nourished until it reaches full growth.”

This is what it felt like when justice arrived in Minneapolis. And for a moment, perhaps longer, before thoughts turned to all the work left to be done, it felt like something else was within reach:

Brian Grant overcame the odds to get to the NBA, but Parkinson’s was a different challenge Read now 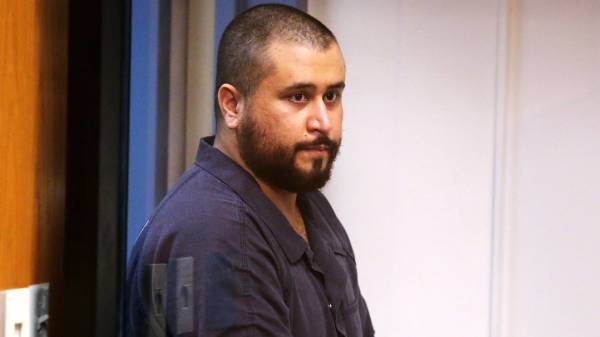