When writer-director Shaka King released his first feature in 2013, a small indie romance called Newlyweeds, it was obvious that the NYU film school grad had something special. It was the sort of film that should have immediately led to a dance card full of work, but it didn’t. Instead, King turned out two shorts, Mulignans (2015) and LaZercism (2017) and kept himself afloat with TV work before turning in a triumphant, nervy sophomore effort: Judas and the Black Messiah, which debuts Friday on HBO Max.

King has pulled off the near-impossible, taking a story of an anticapitalist civil rights martyr who we know will have a tragic, bloody end, and approaching it with daring and confidence. (The real Hampton was 21 and asleep in his bed when he was assassinated by Chicago police in a pre-dawn raid that left his apartment blanketed in bullet holes.) King’s choices are unexpected, but welcome. He leads with audacity instead of preciousness, opening the film with a heist by Stanfield’s O’Neal, a car thief with one trick he’s managed to perfect: posing as a fed in order to jack someone’s ride. O’Neal, like everyone, sees himself as the hero of his own picture, and King indulges O’Neal’s conception of himself as a Negro Dick Tracy by shooting the sequence in a noir style.

The film then follows the twin storylines of Hampton’s life as a young revolutionary and O’Neal’s descent into race betrayal, borrowing some beats from The Departed, but with less sprawl than the 2006 Scorcese tale. O’Neal flits between unease at his situation and a grudging respect for Hampton while enjoying the material rewards of snitching: steak dinners, cigars and expensive scotch that would be out of reach were he a Black man who abided by rules — any rules, both the written and unwritten ones.

Meanwhile, a real, loving relationship of mutual respect blossoms between Hampton and his girlfriend, Deborah Johnson (a luminous Dominique Fishback). Romance and revolution grow entwined, but not melodramatically so. A sequence when Hampton exits jail is played with a lovely, almost aching tenderness. Nary a word is uttered, but Hampton discovers that he is going to be a father. In the hands of King and co-screenwriter Will Berson, Fishback is able to break out of the archetype of dutiful movement helpmeet who is awestruck by a great man. She pushes back with anger and passion against her partner’s prediction of an inevitable, untimely death. He may belong to the people, but he belongs to her, too.

Kaluuya and Stanfield are reunited in Judas and the Black Messiah after memorable turns in the culture-shifting Get Out. Observing how both men have grown as performers in the years since is staggering. They were already in command of their considerable talent, and they’ve only developed more control over their instruments. This is especially true of Kaluuya, who somehow tops himself every time he drops into a character. There are no traces of the cold, stalking menace Kaluuya so expertly deployed in Widows. Instead, his Hampton is warm and confident, fully aware of his oratorical powers but not arrogant about them. He inhabits the improbable grounded decency that made Hampton such a cult figure — simultaneously singular but also of the people.

“When he got up in front of a group of people, the words just flowed,” Black Panther Michael McCarty recalls of Hampton in the excellent 2015 Stanley Nelson documentary The Black Panthers: Vanguard of the Revolution. “You were awash in the words. And I don’t care how many people were there, it’s like he was talking to you. That’s a dangerous person.”

There are a few documentaries that, paired with Judas and the Black Messiah, would make for a weekend well spent. Besides Nelson’s Vanguard of the Revolution, there is the 14-episode documentary Eyes on the Prize (part one, 1987, part two, 1990), which includes the only known video interview with O’Neal, and MLK/FBI (2021), the new documentary from Eyes on the Prize II co-director Sam Pollard, which details FBI director J. Edgar Hoover’s obsession with thwarting the cause of racial justice. In Judas, Martin Sheen plays Hoover as a stalwart G-man directing a mission: stopping the rise of a “Black Messiah” such as Hampton because he feared that such a person could actually bring about the rise of a true multiracial democracy. 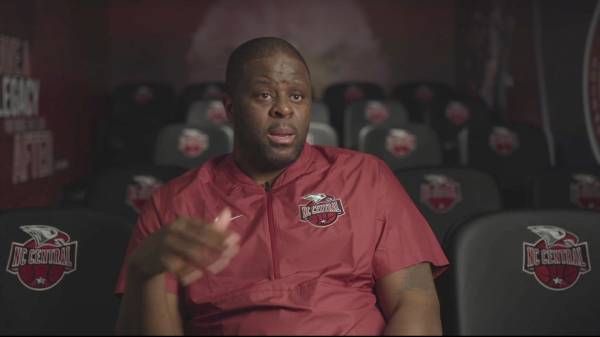 Stanfield’s O’Neal is twitchy and incapable of true cunning. He behaves with the scared, false confidence of a teen, a nod to the real O’Neal’s youth (he was 17 when he first began informing on the Panthers). He’s focused on saving his skin as he hopscotches from one extralegal crisis to another, not quite registering the ethical trap he’s created for himself until it’s far too late.

In the mouths of Kaluuya, Stanfield and Fishback, there is an organic naturalism to the slang, cadence and rhythm of late-60s speaking, rather than the jokey, overly emphasized delivery that usually accompanies such performances. It’s easy, in a period film, to overdo the lingo, to the point that one imagines the actors’ code-switching between takes to say, “Can you believe people actually used to talk like this?”

What a pleasure it is to take in a film that hits on every single cylinder, from directorial style to writing to cinematography to performance to editing to sound design and mixing. I was left hoping that Warner Bros. will rerelease the film in theaters once the COVID-19 pandemic is firmly in hand and it’s safe to go to the cinema again. I want to see Judas and the Black Messiah on an enormous screen in a pitch-black room full of people and feel the rumble of Kaluuya’s voice pouring through the speakers in the call-and-response of “I AM. A REVOLUTIONARY!” It’s impossible to truly capture the full, messianic magnitude of Hampton — imagine what could have been had he not been slain — but King has gifted us with a truly incredible attempt.

Soraya Nadia McDonald is the culture critic for . She writes about pop culture, fashion, the arts, and literature. She is the 2020 winner of the George Jean Nathan prize for dramatic criticism, a 2020 finalist for the Pulitzer Prize in criticism, and the runner-up for the 2019 Vernon Jarrett Medal for outstanding reporting on black life.