For the past few years, the best documentary category of the Academy Awards has been devoid of Black stories by Black directors. But A Love Song for Latasha changes this. One of two Oscar-nominated documentaries by Black female directors this year, A Love Song for Latasha is a 19-minute short that uses memories and voice-overs to recontextualize Latasha Harlins’ life.

If you’re unfamiliar with her story, Harlins was a 15-year-old girl living in South Central Los Angeles when she was murdered on March 16, 1991, by a liquor store owner who wrongly believed she was shoplifting a bottle of orange juice. Although her death was a catalyst for the LA riots, this documentary is not about rebellion (or rage) but rather about giving agency to Black women to tell their own stories. Through the memories of Harlins’ cousin, Shinese Harlins-Kilgore, and her best friend Tybie O’Bard, they were able to give a fuller sense of who Latasha was as a person.

The director, Sophia Nahli Allison, sat down to talk about the film and her vision to re-imagine the retelling of Black girl stories.

This interview has been edited for length and clarity.

First and foremost, I want to congratulate you on the film’s Oscar nomination. Tell us a little bit about what it has been like in the aftermath of receiving the nomination for your film.

For me, the biggest thing about the aftermath is just seeing how excited Ty and Shinese are 30 years later. They’re watching Latasha’s name resurface, but now the narrative is very different than what they’re used to from when they were children. It’s really beautiful to see in 2021 that this story is being recognized at this level.

How were you able to get A Love Song for Latasha made?

I began working on this film in 2017. It was the 25th-year anniversary for the LA riots and I pitched a story on Latasha Harlins to the production company where I was working. I wanted to revisit and re-imagine who she was, and because I had to reclaim this agency for Black women telling their own stories. I tried to remove her from that context of just her trauma. They turned the idea down.

I left that job to do this work despite someone else not giving the approval for that. I had a very small team – myself, my creative producer, Janice Duncan, and my producer, Fam Udeorji, for the first year and a half. We were able to hire a post team, but for the most part, we had to do it all ourselves. I’m really grateful that it happened this way. I think this just speaks to the power of us, of artists, of Black women, trusting their vision, trusting their stories and not allowing that “no” to deter us from telling it and doing the work.

How were you able to get Latasha’s family and friends to come back around 30 years later to tell their version of Latasha?

I initially reached out to Ty and Shinese over Facebook in 2017 and I was very transparent with both of them. I wanted their consent to come together and work collaboratively on this. I wanted their consent because I understood that in revisiting these memories, there is pain and trauma associated with it. I gave them the amount of time that they both needed to agree to it because I told them that if they didn’t want to be a part of this, I wouldn’t even pursue the project.

How important was having South Central as a character in this work and what did you do to highlight the community?

When we began working with Netflix, what was so beautiful and exciting is that they were just as pumped as we were about engaging with the community, and about making sure South Central remained a key character within Latasha’s narrative. We can’t speak about Latasha without talking about South Central. When we were all talking about ways to have an impact within the community, I shared with them that I always wanted to activate the community with projections or a mural.

Netflix was intentional about introducing us to artists that were Black women of color to help us create this mural. We chose Victoria Cassinova. We saw an original sketch and then the next day she presented the idea of adding the phrase “We Queens” to it because Victoria said, “I want young Black girls that are coming in and out of the community center [Algin Sutton Recreation Center] to see the phrase so they know that about themselves.”

It’s beautiful and exciting to see this rebirth happening all throughout the city. It is time to make sure we understand the importance of her life with this history.

Why has it taken almost three decades to see any retelling of her story?

When we look at and interrogate the history of the archive and how Black women and Black girls are often erased or not recorded in their fullness within the archive, that’s why it’s taken so long. I think we really have to interrogate the intersectionality of Black women’s and Black girls’ experiences. They’re facing gendered violence, they’re facing anti-Blackness. Movements like BLM, #MeToo, #SayHerName [were] created by Black women who understood how important this work is to make sure that we do not fall through the cracks, but it also comes down to the adultification bias. Harlins was a young 15-year-old girl, but she was seen as a threat. She’s someone that the court documents tried to demonize. This is something that I really want to undo happening to Black girls and really allow for our stories to exist in a beautiful celebration of fullness. I feel so in right alignment with this time.

Tell us about the process that you go through when you’re creating films?

My process is always very experimental and very spiritual and holistic in the sense that I want to center Black women and Black girls within my work. I want to center the stories of Black folks and for there to be healing within it, for there to be a sense of conjuring of our ancestors and acknowledging those ancestors. I’m always interested in how I can disrupt what I’ve been taught that documentary is supposed to be and decolonize what documentary we’ve all been taught is supposed to be. So many of our memories exist within the space that we can’t see.

Regarding your films, you have said, “This is how we heal, remember, re-imagine and release.” How has creating this documentary and being nominated for an Academy Award been healing for you? 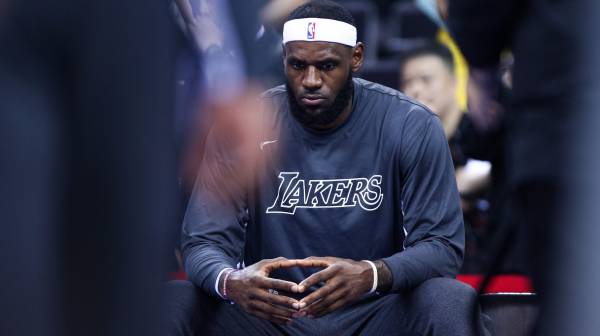 Wow. That’s a beautiful question. I don’t think anyone’s ever asked me that. I sometimes speak about how 15-year-old Sophia is still healing through this process. When I was 15, I lost my dad. And then prior to that, my mom went through cancer battles. From a very young age, I had these moments that really disrupted my life, and I always wanted to revisit the age of 15 for Black girls and hold space for Black girls that experienced trauma and loss at that age. I had to deal a lot with 15-year-old Sophia, and I’m still dealing a lot with her, you know, still holding space for her. It’s been really beautiful for me to understand that healing is nonlinear. My mentor once told me, “The future informs the past.” I understand that so deeply now, being in this moment where I am still letting it sink in about the Academy Awards, to think back to everything that got us to this point. I understand how deeply it was all needed.

Sharon Brooks is a Los Angeles native and an aspiring writer. She spends her time gardening and playing with her pandemic pug, Boo Radley.