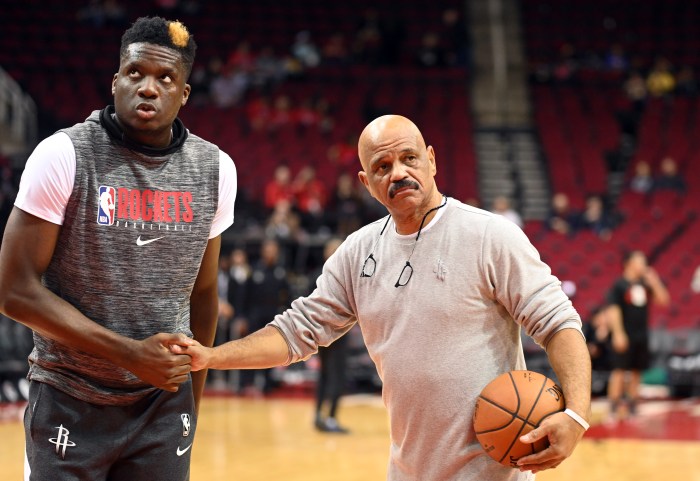 Clint Capela grew up in an environment in Switzerland feeling that racism toward him and his family was the norm and part of life.

But it was after the Atlanta Hawks center came to the United States eight years ago that he made a surprising discovery about himself as a Black man.

“My parents had to go through it [in Switzerland] because they came from Africa,” Capela told . “So, when I got here, I really saw that it wasn’t supposed to be like that.

“A Black person has a voice, and we’re all human. And the way that I grew up wasn’t always like that.”

For Capela, who was drafted by the Houston Rockets in 2014 when he was 20 years old, it was an unexpected journey made in a country that is nowhere near immune to racism.

But it was a journey he did not make alone. He had willing mentors in two African Americans, John Lucas – then a player development coach with the Rockets – and scout Brent “B.J.” Johnson, who died in 2020.

Capela, who was traded to the Hawks in 2020, had other moments of acceptance and belonging during his life, most notably playing in France for Elan Chalon. But it was his six years with the Rockets that left a deep impression.

Capela said when he first arrived in Houston, he made a comment about his race that didn’t sit well with the team, most notably Lucas and Johnson. But thanks to the efforts of Lucas and Johnson, Capela flourished with the Rockets and also began feeling pride in his Blackness while being in a city that is 22.6% Black or African American, according to a 2021 U.S. Census Bureau report.

“When I first came to the U.S., I remember my first interview with Houston,” Capela said. “I spoke about what is the difference between basketball here and there, and I used not-appropriate language to compare. I didn’t know it was such a big thing that was wrong. And they took me on the side and said, ‘You’re not supposed to talk like that here.’

“Racism really affected me and I really learned that when I got here in the United States. Obviously when you’re over there [Switzerland], you think that it’s normal because you don’t know better.”

Claudette Boyance-Johnson, B.J. Johnson’s widow, recalled the influence her husband and Lucas had on Capela. Johnson also was well known for promoting basketball in Africa during the NBA offseason. Johnson played a role in Capela making a couple of trips to Africa, including playing in the NBA Africa Game and participating in Basketball Without Borders in Johannesburg in 2017.

“When Clint came here, B.J. spent so much time with him in the gym and on the court talking to him and grooming him,” she said. “Clint was young, [B.J.] always said, ‘Clint was just a baby.’ B.J. and John Lucas spent a lot of time with him.

“Clint came with us a couple of times to Africa. The time Clint and B.J. spent together in Africa probably made him more comfortable in his skin, skin color and who he was. B.J. was like: ‘You’re Clint Capela, you have to embrace who you are. You were blessed to be born into this.’ ”

Lucas encouraged Capela to watch the 1977 miniseries Roots, as well as documentaries on famed boxer Muhammad Ali and rapper Tupac Shakur, which Capela did. They both spent time together at soul food restaurants at every stop on NBA road trips, and Capela quickly became a fan of rap music and asked Lucas to play Rick Ross during workouts. Capela was eager to learn about African American history, and the more he learned, the prouder he became of who he was. 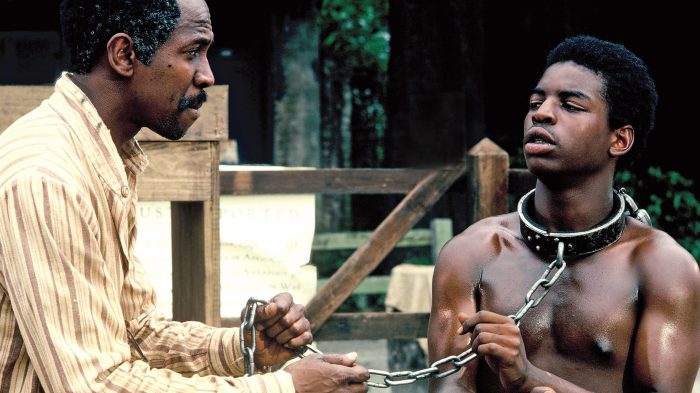 “I really cried when I first watched Roots, because I had no idea,” Capela said. “How can they just detach a family? Take the daughter? Bring her somewhere else and never see her again forever. Yeah, I was just without words, and for the first time in my life, I really felt pain about it, about something I had no idea before.

“This is how I got to learn about the U.S. culture, about how Black people originally arrived to this country, about how it’s supposed to be, and it got me really proud. Probably the first time in my life I felt really proud to be who I am, a Black man.”

Capela’s mother, Philomene, moved from her native Congo to Switzerland in 1993 and soon began dating an Angolan immigrant. Capela was born in May 1994 and his parents would break up months later, and he never was able to get to know his father.

Capela’s mother was a factory worker who was raising three boys. Looking back, Capela didn’t have a memorable childhood.

“She was working every day of the week,” Capela said. “She was just working in factories, just up and down. A lot of times it was just me and my brothers at home. Sometimes she would just leave me at a friend’s that I went to school with so his parents could bring us to school. So, obviously she was doing everything by herself. I just remember her waking me up, dressing me, dropping me off over there.

“After school, she would come after work to come get me from there. When you have one mom that does everything, you think it’s normal.”

With the use of financial aid, Capela’s mother placed him and his two brothers in a boarding school during the weekdays when he was 6 years old in Geneva. Capela said they would be with their mother on the weekends and he was enrolled for about six years. 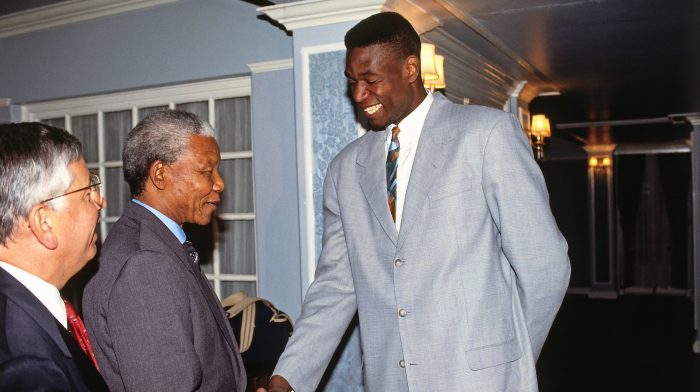 While the NBA celebrates its 75th season, it’s still building in AfricaRead now

Going away for school at such a young age forced Capela to mature much faster.

“I just wanted to be a normal kid and live with my mom, like everybody else,” Capela said. “It was explained to me that I had to be able to take care of myself when I went there and have to be a good student and not put as much pressure on my mom.”

For Capela, schoolwork and living away from home were not the biggest challenges for him. Actually, it was the racism he dealt with being a dark-skinned African kid around students and teachers who were predominantly white and not used to seeing people like him.

“I felt like I was like them, but it was just harder to connect with them, to be friends with them,” Capela said. “When the teachers asked the students to do things in pairs, I was always the last one.

“I didn’t necessarily understand why. It’s part of it, I guess. And when I was little, as a kid, you just don’t understand. Obviously, you hear the N-word a lot. I was getting into a fight right after that, but the school wasn’t really doing anything about it. They never did, because I guess it was a problem they never had to fix. So, obviously it was hard because you don’t understand, because you’re one of the [few] who is Black.”

Capela was initially a huge soccer fan — he wanted to be a striker like former Arsenal star Thierry Henry. But standing 6-feet-3 at 12 years old, Capela listened to his older brother’s suggestion to switch to basketball. Capela fell in love with the game and also was inspired by NBA guard Thabo Sefolosha, who became the first Swiss player in the league in 2006, and read everything he could about him.

After being discovered at age 13, Capela was sent to the Swiss U-16 tryouts, where his height, athleticism and growing skills impressed coaches. Back in Geneva after the tryout, racism wasn’t his only worry.

“Yeah, sometimes it would be kind of jealousy, like, ‘Yeah, don’t get the big head,’ even though I wasn’t,” Capela said. “I felt there was a little bit of jealousy also, so I had to learn how to deal with that, too.”

French club Elan Chalon’s coach Romain Chenaud was impressed with what he saw and invited Capela to join his team in France. Capela was quite aware that Sefolosha played for Elan Chalon. Moreover, Capela knew that France had produced several NBA players at that time, such as Tony Parker, Boris Diaw, Joakim Noah, Ronny Turiaf, Mickael Pietrus and Tariq Abdul-Wahad. 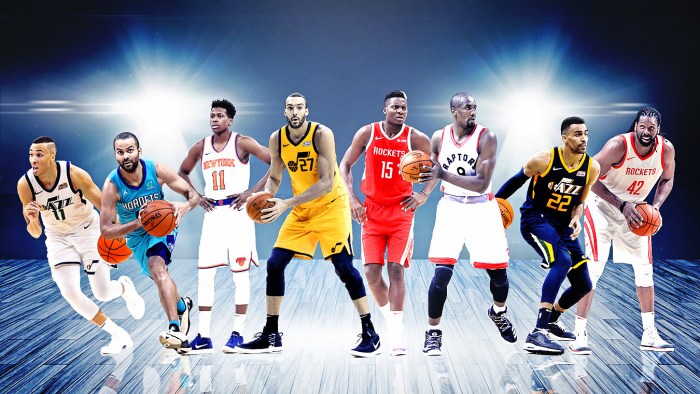 Tony Parker, Rudy Gobert and the world of the Black international player in the NBARead now

Capela quickly accepted the offer and moved to France to pursue a professional basketball career. Life off the court was also a lot easier as he suddenly was around not only teammates, but people who looked like him.

“You feel more involved, especially because over there we all have the same dream to become pros, to live from basketball, so we go to school together, we practice together, we go to games together,” Capela said. “There was a lot more people in France that looked like me. They had a lot more African kids that came from parents, immigrants, too, like me. So, obviously we connected. And obviously, I felt that I belonged, too.”

Capela thrived on the court, averaging 10.2 points and 7.1 rebounds in 21.2 minutes per game during his 2013-14 season with Elan Chalon. The 2014 French LNB Pro A Most Improved Player also impressed NBA scouts when he played for the International team during the 2014 Nike Hoop Summit against the top American high school seniors.

Capela is now in his eighth NBA season and played a significant role in Atlanta advancing to the Eastern Conference finals in 2021. The 6-foot-11, 256-pounder is averaging a double-double (11.4 points and 12.6 rebounds) along with 1.4 blocks per game this season for the Hawks (22-25), who have won five straight entering Friday’s game against the Boston Celtics.

Older, wiser, more educated and confident in his voice, Capela wants to find a way to use his platform to combat racism in Switzerland.

“I’m still thinking about what to do,” Capela said. “Maybe stuff like for kids, just by giving back. But I need to keep educating myself and still see about doing something in the future.”